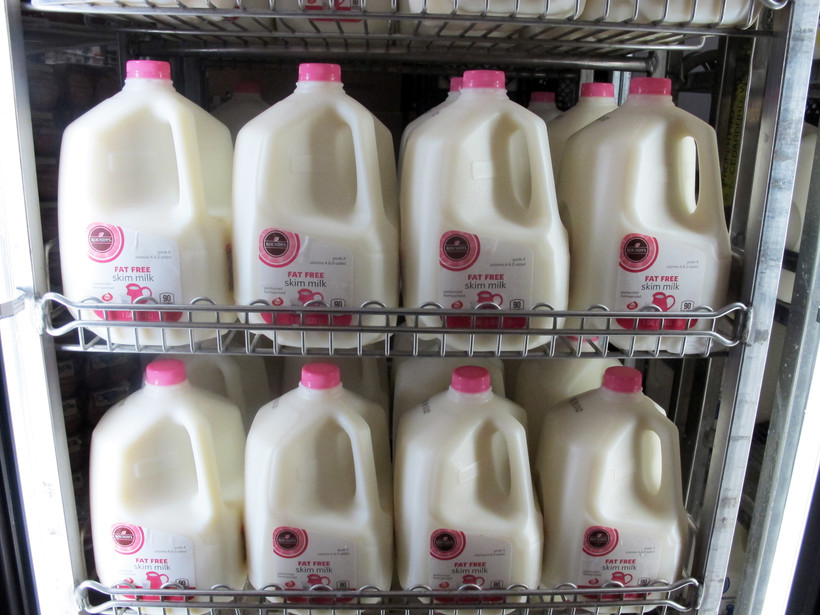 U.S. Sen. Tammy Baldwin said using terms like "milk" to describe plant-based foods is actually mislabeling under the current definition of the product from the U.S. Food and Drug Administration.

On Thursday, Baldwin introduced a bill that would require the FDA to enforce current standards and prevent plant-based products from using dairy terms.

"Imitation products have gotten away with using dairy's good name for their own benefit," Baldwin said in a written statement.

Last December, several Wisconsin lawmakers sent a letter to the FDA about the same issue, urging the agency to "take appropriate action against the manufacturers of these mislabeled products."

But advocates for dairy alternatives say these terms are important for describing their products.

"If a company is making a product that tastes like yogurt, feels like yogurt, happens to be made from almonds, why shouldn't that company be able to use the word 'yogurt?'" said Michele Simon, executive director of the Plant Based Foods Association. "That company wants to send a message to a consumer that that consumer is going to get a similar experience to yogurt without the dairy."

Industry groups, like the Dairy Business Milk Marketing Cooperative, say plant-based foods don't have the same nutritional value as dairy products, so calling them "milk" or "yogurt" is misleading to consumers.

"Non-dairy cheese or vegan cheese or just the label shows that it's cheese and the company's name, people might buy that and think they're getting something that is the nutritional equivalent of cheese made from cow's milk; and the reality is they're not," said John Holevoet, director of government affairs for the cooperative.

Holevoet said this confusion drives away consumers who would normally buy dairy products.

"It does hurt farmers, and it does hurt our processors as well," Holevoet said.

"Consumers are not confused when they're picking up a carton of soy milk or almond milk. They understand that that doesn't come from a cow," Simon said. "That's actually a conscious choice that that consumer is making for a variety of reasons to shift to a plant-based diet."

Rather than enforce current definitions, Simon said she hopes the FDA will update their regulations and create a space for both dairy and plant-based products.