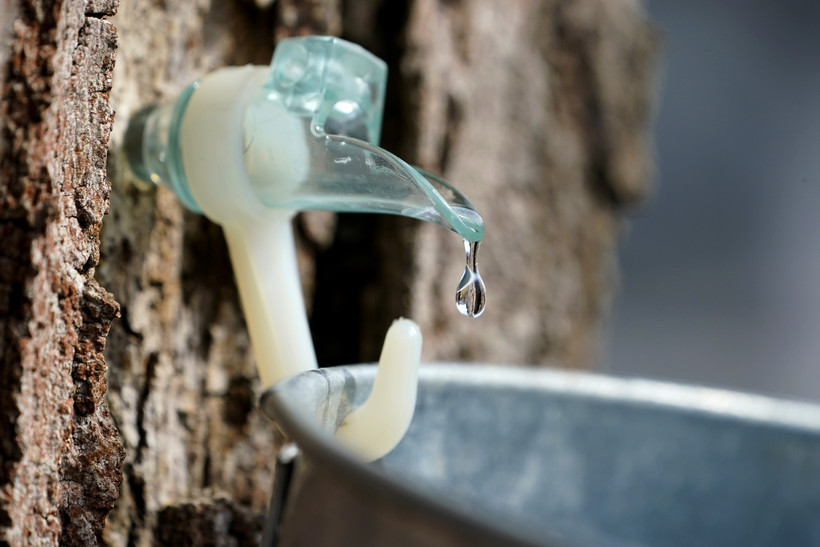 Sap flows from a maple tree that was just tapped at the Blaine House, Friday, March 11, 2022, in Augusta, Maine. Robert F. Bukaty/AP Photo

While some Wisconsinites are lamenting a spring that just won’t seem to arrive, the lingering cold weather has been sweet for the state’s maple syrup producers.

The maple syrup season in Wisconsin typically runs from mid-March to mid-April, but this year has been completely different, said Theresa Baroun, executive director of the Wisconsin Maple Syrup Producer’s Association.

"Many people have had a longer season because with this weather change, it's been kind of ideal for Maple production," Baroun said. "If you have three, four major runs, you're having a great season. This year, I've heard of producers where it ran for seven days straight." 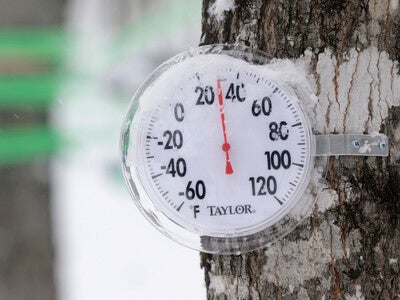 In this photo made Friday, March 21, 2014, a thermometer is mounted to a maple tree on land owned by the Passamaquoddy tribe near Jackman, Maine. When it gets above 32 degrees during the daytime it will be time for the sap to start flowing. Robert F. Bukaty/AP Photo

For sap to run, Baroun said temperatures need to be freezing at night — ideally 20 to 25 degrees Fahrenheit — and just above freezing during the day — ideally 40 to 42 degrees.

If daytime temperatures reach 60 or 70 degrees, it can cause the trees to bud out which makes the sap unusable for syrup production.

But the cooler temperatures have held steady, right in the sweet spot.

"We had a short run in (the) beginning of March and then a second short run about the third week of March. And then everything stopped because it was too cold for production. And then about the first week of April, the trees, I guess you could say, woke back up and the sap produced like crazy," said Baroun, who is also a producer in De Pere.

And with the longer timeline, Baroun said maple syrup producers across the state have had an above average season.

Jim Adamski’s family has been in the maple syrup business since 1984. At their certified organic sugarbush near Antigo, they tap 10,000 of their own trees and purchase sap from an additional 4,000 trees.

This year, Adamski said they tapped trees in early March and didn’t wrap up until April 18.

"We had a fairly long, drug-out season," Adamski said. "We had a couple of weeks there in the middle, where we froze up for some extended period of time, which was fine, it was kind of a slow start. But then once we got through the middle of March into the first part of April, production really picked up."

Adamski said they were able to produce around 5 pounds of maple syrup per tree — about 15 percent more than last year.

And the story is no different up north.

Harvey Harrison is a third-generation maple syrup producer in Florence County. His grandfather purchased the 5,000-tap sugarbush in the 1890s and started making syrup in 1936.

In the decades since, the family has downsized to about 1,000 taps which they rotate each year.

In a typical year, Harrison said they make about 100 gallons of syrup. This year it was nearly double.

"This is a banner year," Harrison said. "I got about 90 more gallons than I normally get."

And Harrison said the colder weather not only brings more syrup, it brings better syrup.

"The colder weather makes lighter syrup because if the trees ... heat up, that's what creates the bacteria in your sap and then you make dark syrup," Harrison said.

Maple syrup is graded based on color and flavor. They range from golden syrups, which are delicate in flavor and lightest in color, to amber, dark and very dark. 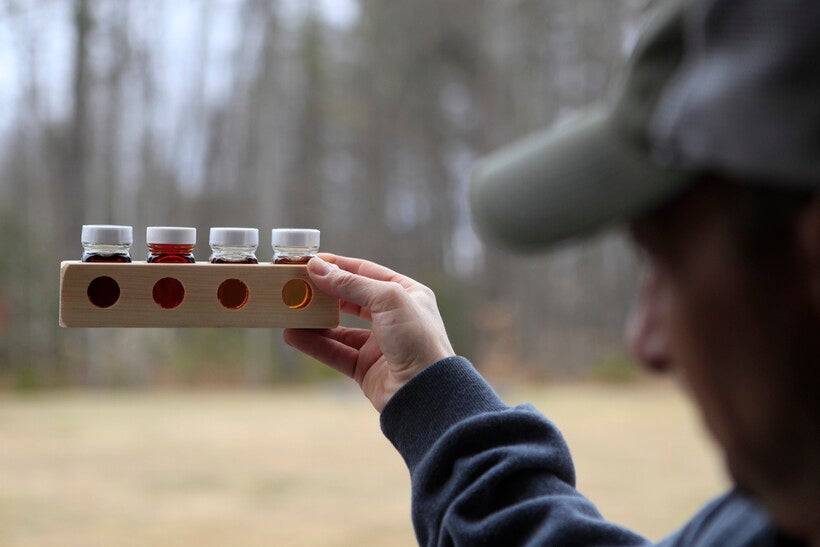 "This year was a really easy year to make good quality syrup," Adamski said. "We had a limited amount of sunshine, the temperatures were relatively cool. We probably had 90 percent of our crop was golden, which is the best grade of syrup that you can possibly make."

In addition to air temperature, the gradations are also influenced by the speed of processing and boiling time.

While smaller operations like Harrison’s tend to collect sap one day and cook the next, Adamski’s family prides itself on fast processing.

"We try to process whatever comes out of the tree on that day, you know, just to make the best quality that we possibly can," Adamski said.

And with sap runs as bountiful as they were this year, Adamski said that meant cooking for 26 days straight.

But he said he lives by his grandfather’s advice: "If it isn't boiling, it's spoiling."

With its bountiful supply of sugar maples — the state tree — Wisconsin ranks fourth in the United States for maple syrup production. Last year, the state produced 300,000 gallons of syrup.

Maple syrup production has a long history in Wisconsin and is rooted deeply in Indigenous subsistence practices. And the simplicity of the process brought a surge of hobbyist tappers during the pandemic.

But producers say this year’s stellar sap run was a bit of an anomaly. 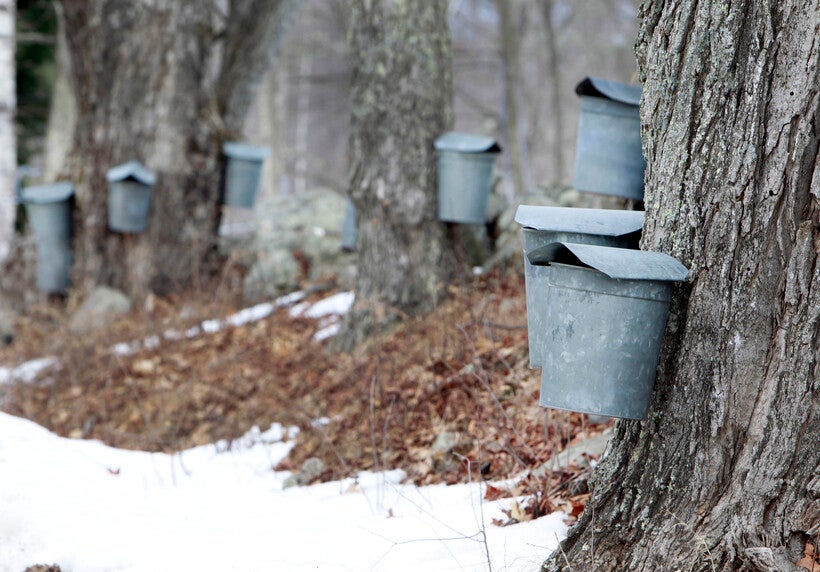 Sap buckets hang from maple trees, Wednesday, March 19, 2014 in Loudon, N.H. Despite a late start to the maple sugaring season because of cold temperatures, sap will be flowing as warmer weather arrives. Jim Cole/AP Photo

In 2021, the season ended in March because the temperatures got so warm that the trees started to break dormancy. For some producers, the harvest lasted only three days, added Baroun.

And it’s all dictated by weather.

"What triggers trees to run is the highs and lows," Harrison said. "When the weather is cruddier out and you're constantly getting changes in the barometer, it tends to trigger the trees to drip more."

But increasingly extreme swings in weather and warmer temperatures overall due to climate change are making for earlier and shorter maple syrups seasons.

"When you tap super early because of the weather, it's usually a bad season," Harrison said.

"Three of the last five years, our first runs of syrup were actually in February which is kind of rare for us," Adamski said. "So, you know, we are starting to see some earlier runs."

"It seems each year, the (season) gets earlier and earlier," Baroun added.