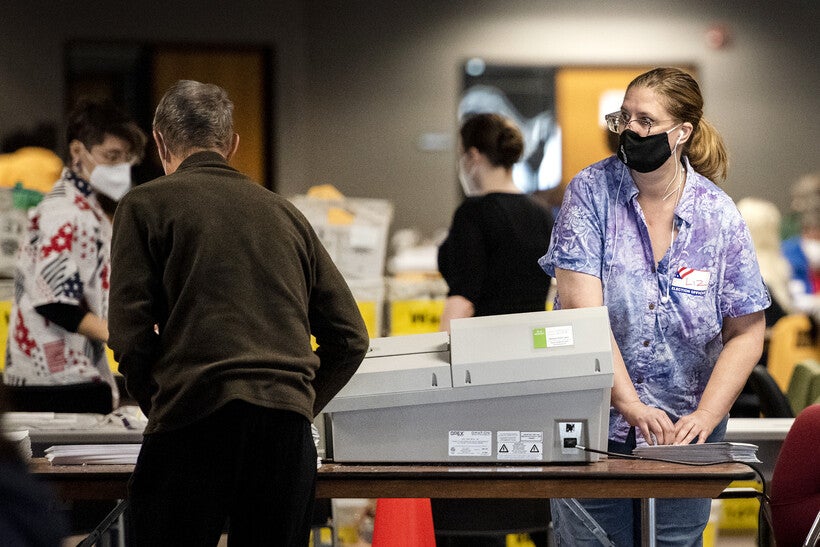 President Donald Trump’s campaign would have to pay $7.9 million by Wednesday evening to move forward with a recount of the 2020 presidential election in Wisconsin, the state Elections Commission said Monday.

That estimated cost is about four times the actual cost of the 2016 presidential recount in Wisconsin.

Meagan Wolfe, head of the Wisconsin Elections Commission, said the larger price tag is in part because of new COVID-19 pandemic procedures. In a prepared statement, Wolfe said that includes a "need for larger spaces to permit public observation and social distancing (and) security for those spaces."

She also said "the higher number of absentee ballots, a compressed timeframe over a holiday, and renting high-speed ballot scanning equipment" contributed to the cost.

The figure was calculated by combining estimates provided by the state’s 72 county clerks and a $30,000 expected cost for the Elections Commission. County clerks would oversee the recount, if one should happen.

President Donald Trump’s campaign has said it plans to request a recount in Wisconsin. However, it isn’t able to do so until the county canvass of election results is complete. The canvass, during which county officials double-check election results and verify processes for integrity, must finish by Tuesday.

The Trump campaign will have until 5 p.m. Wednesday to file the recount request paperwork, as well as provide payment for the entire estimated cost. Any excess funds would be refunded to the campaign after the completion of the recount.

Unofficial election results show President-elect Joe Biden defeated Trump in Wisconsin by fewer than 21,000 votes, a margin of about 0.6 percent.

The 2016 recount, which was paid for by Green Party presidential candidate Jill Stein, resulted in a net gain of about 131 votes for Trump, who won the state by fewer than 23,000 votes.