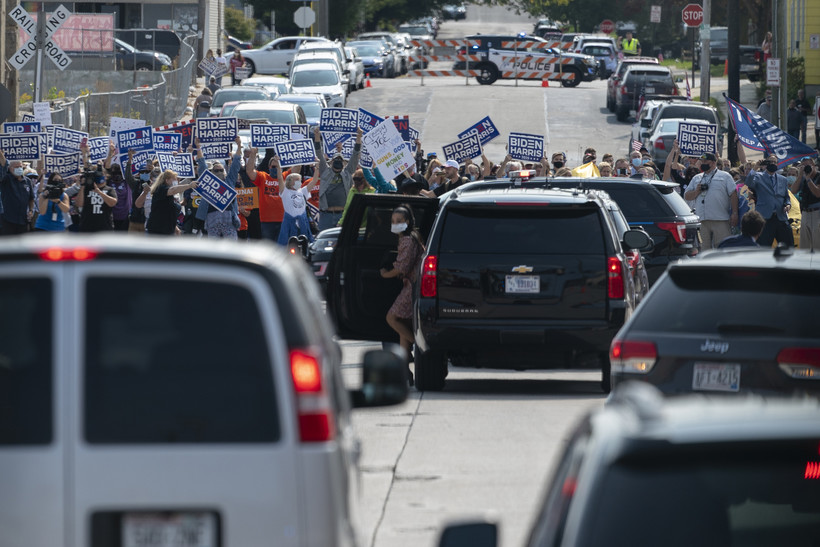 Both presidential candidates and their surrogates have been making frequent visits to Wisconsin this year. And some communities are finding it hard to recoup the costs of providing police services for the events.

The change came after the department never received payment for three events during the 2016 election: two held by Trump’s campaign and one by former U.S. House Speaker Paul Ryan. The three events total up to $10,129 in outstanding charges.

But Melby said it’s been difficult to enforce the new policy given the short notice from campaign staff. He said the department often doesn’t know how many staff will be working until the day before an event.

"We don't have a firm grasp on what it's actually going to cost the agency. So we’re finding that doing a pre-invoice is not quite as practical as we had hoped," Melby said.

Melby said fewer large rallies due to the coronavirus this year has meant lower security costs for events. He said the department did not have to pay officers overtime for one of the Pence visits, so they don't plan to charge for that event.

"Since it is contained at the airport and it's going to come and go directly from the airport, that requires significantly less resources and coordination on behalf of the La Crosse Police Department," Melby said.

Trump will also stop at the airport in Green Bay on Saturday, where his campaign has an unpaid invoice for police services at a 2016 event.

Celestine Jeffreys, chief of staff for Green Bay Mayor Eric Genrich, said the airport is outside of the Green Bay Police Department's jurisdiction, so they won't be working the event. She said the department has also experienced short notice from campaigns before other candidate visits.

"We discussed internally making some changes regarding payment for services, whether it's a campaign or a person who actually holds office. But we decided to postpone any policy changes until after the November election," Jeffreys said.

Some communities have chosen not to charge political campaigns for police services during a visit.

Jason Freiboth is deputy chief of the Manitowoc Police Department. He said 11 officers assisted with former Vice President Joe Biden’s visit on Sept. 21, one of whom was called in and paid overtime.

Freiboth said the department was notified by Secret Service two days before the event. He said the visit cost his department just under $3,900. But he said they chose not to ask for reimbursement.

"I think it's a great opportunity to have high-profile, presidential candidates stop in our city. It kind of puts our city on the map and we can kind of showcase some of the great things that are taking place," Freiboth said. "I think it's good for our business owners and our citizens to see the political candidates are interested in our community and it kind of gives them a sense that their voices are being heard."