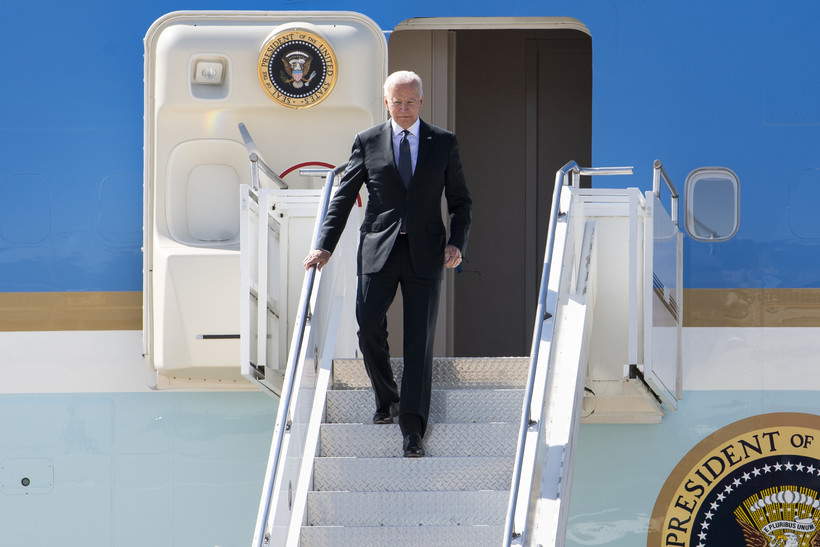 The White House announced the visit Monday, although the exact details of his trip aren't known yet.

Biden will make an appearance at Milwaukee's Laborfest, according to Pam Fendt, the president of the Milwaukee Area Labor Council. Fendt said she believes he'll likely discuss the recently signed Inflation Reduction Act and his Infrastructure Investment and Jobs Act.

"Obviously, we're very thrilled that the White House has chosen Milwaukee as a place to spend Labor Day, and we have so many workers that gather for that event and I know that they will look forward to the message that he's bringing," Fendt said.

A statement from the White House said Biden will "celebrate Labor Day and the dignity of American workers" during the visit. He's also visiting Pittsburgh on the holiday.

Biden's visit comes two months before the closely contested midterm elections, with Wisconsin's Senate race critical to Democrats' chances of holding a Senate majority. It's not known yet if Gov. Tony Evers or Lt. Gov. Mandela Barnes will attend. Barnes is running against U.S. Sen. Ron Johnson in the midterm election this fall.

"The Lt. Governor is excited to participate in Laborfest events throughout Milwaukee, Madison and Racine. His priority is talking to Wisconsin voters and supporting the labor movement that gave his family a ticket to the middle class," a statement from Maddy McDaniel, a spokesperson for Barnes, said.

Laborfest, which will start with a parade at Zeidler Union Square at 11 a.m., sees an attendance up to 5,000 people on a typical year. Fendt said that number will likely increase because of the presidential visit. The event will also feature music and events for families on Milwaukee's Summerfest grounds.

"It's just a time where we get together and have comradery and celebrate that feeling of solidarity," Fendt said.

Fendt said she believes unions are as important now as ever. She also approves of the job Biden is doing.

"We're very appreciative of the work that's been doing in the past two years to pass legislation that will create good family sustaining jobs," she said.

Reaction to the visit

"Joe Biden is the most pro-worker, pro-union, and pro-job president of our lifetime. From the American Rescue Plan and the Bipartisan Infrastructure Law to the recently-enacted Inflation Reduction Act, President Biden has worked alongside Democrats in Washington and Madison to create thousands of good-paying jobs across the Badger State — all while Wisconsin Republicans try to block that progress," Wikler said in a statement.

Paul Farrow, the chairman of the Republican Party of Wisconsin, said the presidential visit is tied to what he called Democrats' "failing campaigns" in the state.

"President Biden’s appearance in Wisconsin is no surprise given the surge in the polls by Tim Michels and Ron Johnson. Biden is hoping to shore up the failing campaigns of Tony Evers and Mandela Barnes, but Wisconsin voters are already rejecting the failed policies of Democrats and Wisconsinites are eager for change in November," Farrow said in a statement.

Johnson also tweeted about the visit:

Joe Biden is bringing his failed policies to Wisconsin.

We must win this November.

The Marquette poll found Barnes leads Johnson among likely voters in the November election. In the race for governor, Evers and Republican construction executive Tim Michels are essentially tied.