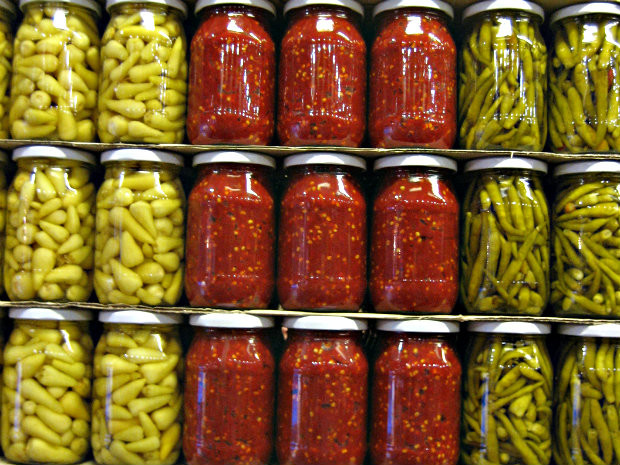 Master Preserver Encourages Thinking About How You Want To Eat The Vegetables Before Choosing Preservation Method
By Mary Kate McCoy
Share:

As the summer months wind down, but gardens and farmers markets continue to produce in full swing, it can be overwhelming imagining what to do with all the excess produce.

Master preserver, Christina Ward, encourages people to think about preserving in reverse. Whether you freeze, dehydrate or can, Ward said to think about your end goal — how do you want to use the product, and what are your capabilities?

"If you’re just one or two people, you don't have to put up say, five dozen jars of tomatoes," she said. "Maybe freezing a few quarts of tomatoes would be enough for you to get through the winter."

"It's really about, how do you enjoy eating that food," she continued. "And once you determine how you want to eat the food, the best way to preserve it comes secondary."

No matter what method you choose, come the dead of winter, you’ll thank yourself for the effort, said Ward, who is also the author of "Preservation: The Art and Science of Canning, Fermentation and Dehydration."

"It tastes like summer," she said. "In the middle of February, it's a reminder that as cold as you might be, summer will come again."

"Blanch it quickly, just like a one minute in the boil, and then pull it off, let it cool and then pack it and freeze it," she said. "The second thing you want to do is remove as much air as possible."

Whether using a vacuum sealer or not, any way you can remove as much air as possible from the storage container before freezing will help get high quality frozen corn, she said.

"And that works for most every fruit and vegetable — less air, the better the quality," Ward said.

You can peel and cut the potatoes to pressure can them, Ward said, but she recommends the old technique of storing them in a root cellar, if you’re able, because of the consistent temperature.

Fill a bin — Ward has also seen people use a small kid’s pool — with clean sand and then store the potatoes in there.

"They'll keep without sprouting for a longer time than say if you just kept him in a bin in the kitchen," she said.

Ward said the two best ways to preserve garlic is to either dehydrate or pickle it.

"I think pickled garlic is really fun," she said. "One of the benefits to doing pickled garlic is it actually mellows out the garlic taste so you have garlic, but not such potency because of some of the chemical reactions that are happening."

But be sure to only use fresh garlic, Ward said. Older garlic has an enzyme that causes a chemical reaction and turns the garlic blue — though it’s safe to eat.

Bell peppers and broccoli do well with blanching before freezing — though the amount of time differs. For bell peppers, like corn, make it quick and blanch for only about a minute, she said.

"Broccoli you need to be a little bit more careful with, blanch a little bit longer (2-3 minutes)," Ward said. "You want to make sure it's really clean because, same thing goes with cauliflower, dirt gets trapped in there."

"Put in a plastic freezer bag or a vacuum sealer, and in the freezer it goes and you end up with really, really good frozen vegetables," she said. 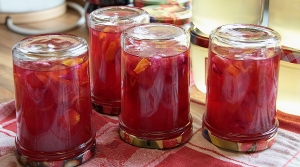 Our gardens and farmers markets are in full swing at this time of the year. We talk with our guest, a master food preserver, about how to save our bounty of fruits and vegetables for later use.