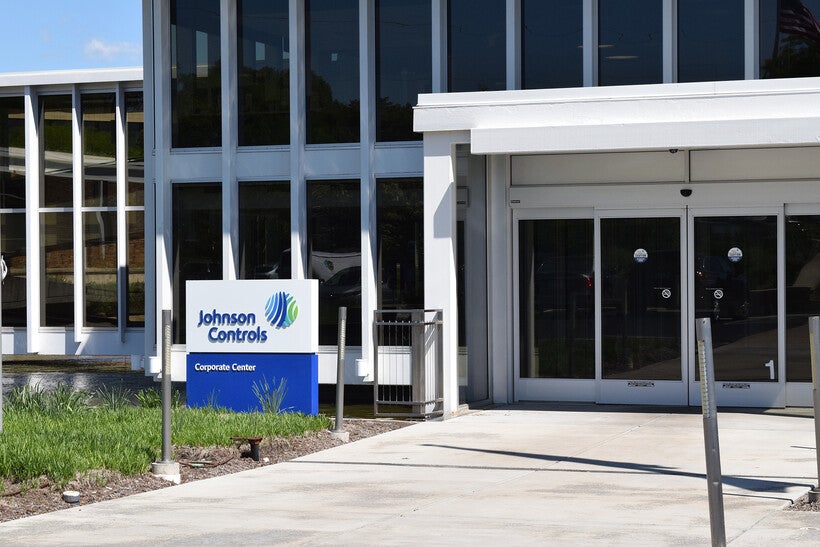 Johnson Controls Says Levels In One Well Was An Anomaly
By Danielle Kaeding
Share:

A Marinette manufacturer of firefighting foam will provide bottled water for homeowners after their private wells were found to have elevated levels of so-called forever chemicals known as PFAS. One well showed levels more than 57 times the recommended state standard. ­­­­­

The findings are the result of preliminary sampling of 61 private drinking water wells near fields where treated sewage sludge, or biosolids, from the Marinette wastewater treatment plant had been spread, according to data released by state regulators on Tuesday. The city previously notified the state that significant levels of PFAS were found in the treated waste.

The Wisconsin Department of Natural Resources directed Johnson Controls International to sample wells near fields as part of its ongoing investigation into PFAS contamination stemming from the use of firefighting foam at its fire training facility.

There's been growing concern around PFAS, which stands for perfluoroalkyl and polyfluoroalkyl substances, because they don't break down easily in the environment, and they're associated with causing cancer and other health problems.

The state Department of Health Services recommended a groundwater standard of 20 parts per trillion in June of last year. The U.S. Environmental Protection Agency hasn't yet developed a federal standard but has set an advisory level of 70 parts per trillion.

The cause of the elevated levels in those wells isn't yet known, said Christine Haag, the DNR's director of remediation and redevelopment.

"The DNR is waiting for the laboratory results and that preliminary analysis by JCI of that cause and significance of that contaminant concentration," said Haag.

In an update on its website last week, Tyco Fire Products, which is part of Johnson Controls, said only one well tested exceeded federal health advisory levels for the chemical and that the homeowner had been offered bottled water.

"While the results obtained so far are generally positive and this singular result is an anomaly, we take it seriously and are working with the Wisconsin Department of Natural Resources (WDNR) and the homeowner to conduct follow-up testing to confirm the results and determine the potential sources of the PFAS," the update stated.

On Wednesday, Johnson Controls said preliminary results were available for 98 water wells, of which 74 showed no detectable signs of the chemicals. The company said four wells had levels that exceeded federal health advisory standards. Three of the four showed levels of 111, 142, and 142 parts per trillion.

Johnson Controls is required under law to report those lab results to the homeowner and the DNR within 10 days of receiving those findings, said Haag. The agency received preliminary results from affected wells on April 8.

Haag said they're working with JCI on next steps, including followup testing.

"In the meantime, we're very concerned for those homeowners that have those positive results. We immediately directed JCI to provide bottled water to those folks that had results above 20," she said. "We will continue to keep our eye on on those particular homes, as well as the broader investigation."

Haag said the affected homes were located in the Porterfield and Peshtigo area.

Doug Oitzinger, a Marinette resident and the city's former mayor, said he believes the results show evidence that spreading contaminated biosolids on fields can lead to polluted drinking water.

"That is how almost all wastewater treatment plants dispose of their sludge, their biosolids, whether it's Madison or Green Bay or some other city around the state," said Oitzinger.

Oitzinger fears any contamination may spread beyond farm fields and into surrounding waterways.

Johnson Controls has so far completed sampling for 98 of 174 private wells within 1,200 feet of where biosolids had been spread on farm fields. The company suspended well sampling recently due to the COVID-19 crisis.

The DNR is seeking more information from the company as part of its new environmental compliance guidelines. Johnson Controls has said it plans to resume sampling as soon as it's safe to continue the investigation.

Editor's note: This story was updated at 2:30 p.m. Wednesday, April 15, 2020, to include additional information provided by Johnson Controls.