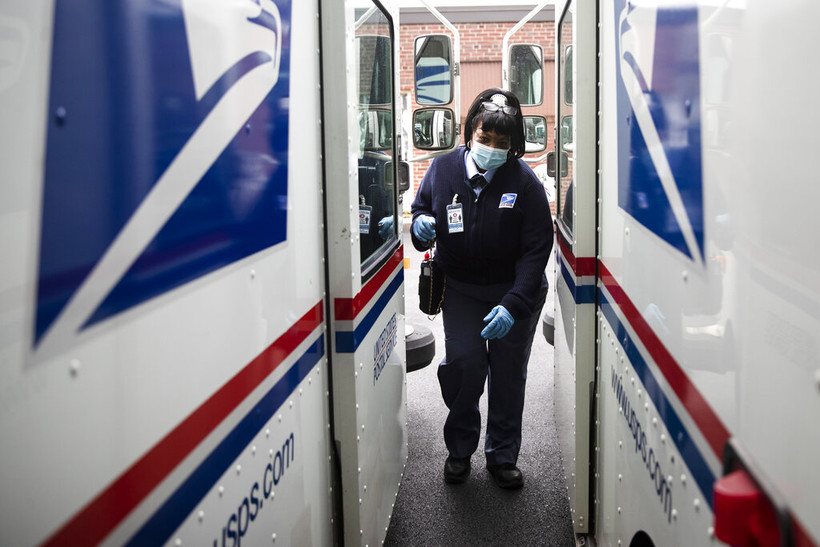 United States Postal Service carrier Henrietta Dixon gets into her truck to deliver mail in Philadelphia, May 6, 2020. The U.S. Postal Service plans to close 18 mail-sorting facilities, including one in Wausau. Matt Rourke/AP Photo

Wausau Mail-Sorting Facility Would Be 1 Of 18 Facilities To Close Under Plan
By Rob Mentzer
Share:

Late last month, the U.S. Postal Service announced plans to consolidate 18 mail facilities nationwide. In Wisconsin, the Wausau facility would close and its services would be picked up by Green Bay’s sorting facility. Letters from some Northwoods ZIP codes including Rhinelander and Hurley were moved to Green Bay in 2015; this would complete the process USPS started then and would affect mail across central and Northwoods Wisconsin.

"I don't believe Green Bay can handle it," said Michael Tomczyk, American Postal Workers Union president from the Wausau plant. "It will cause more delays to our customers."

That would happen if Green Bay's sorting machines can't handle the increased volume. A machine breakdown can cause a backup in sorting, delaying mail from getting out. Consolidating facilities will allow USPS to adapt to declines in letters mailed and increases in package shipments and allow "for more efficient, timely delivery of mail and packages," according to USPS.

It's the latest development in a longstanding dispute between Postal Service executives and workers. Tomczyk and other workers believe post office leaders want to shrink and privatize the service. Privatizing USPS has had support from some conservative politicians and policy think-tanks, but in practice the changes to the service have been politically fraught.

That's in part because the Postal Service is extremely popular. In 2020, the Pew Research Center found 91 percent of Americans had a favorable view of the service.

Proposed service cuts became a matter of national controversy in 2020 when the COVID-19 pandemic led tens of millions of Americans to vote by mail. Eventually, the agency backtracked on proposed service cuts, saying it would not make changes before the election.

The April announcement is on a smaller scale than the 2020 cuts. USPS called it a "balanced approach to revitalizing the Postal Service." But its report also said the service is "in crisis" due to billions in financial losses and declines in letter mail.

About 15 people, those designated as "noncareer" employees, would lose their jobs in the consolidation, Tomczyk said. More would face potential reassignments or early-retirement offers. About 40 clerks work in the facility and 15 maintenance people.

The American Postal Workers Union has urged delaying or reversing the closures, and they've asked supporters to contact elected leaders as well.

But the proposed changes, Tomczyk said, are imminent.

"They want to have this done by November of this year, which is coming pretty quickly," Tomczyk said. "And once they start taking those machines apart, we'll never get them back."