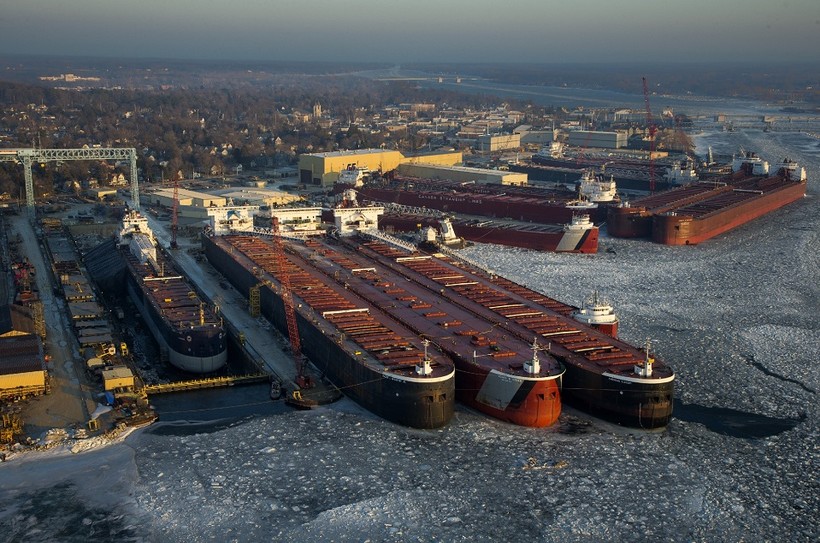 Ports And Harbors Receive Around $8M For Repairs

The state has awarded around $8 million in grants to improve transportation and access at Wisconsin ports and harbors through the Wisconsin Harbor Assistance Program. The money will go to repair dock walls and make other improvements in five communities, including Superior.

Around $1.7 million will go to Fortune 100 company Cenex Harvest States, or CHS, to replace around 600 feet of dock wall, said Jason Serck, director of planning, economic development and ports in Superior.

"It’s just old and has some corrosion issues, so it needs to be replaced," he said. "To make it viable for continued use, they need to upgrade it."

Serck said the program makes it easier for businesses to improve commerce.

"It shows that these larger companies are investing in Superior, and smaller companies like Hallett Dock and Fraser, as well, have used it," he said.

CHS employs more than 57 people at its grain facility in Superior, Serck said. He said public investment is vital to maintaining business and jobs in the area.

"We continue to be able to because of the facilities and the upgrades that are made, particularly the grain business from the Dakotas and western Minnesota," he said. "I think if we don’t maintain these, we’re going to lose them and alternatives are not going to come here anymore. They’re going to go out west."

City officials aim to bid the project out this spring and complete work by the end of the year.

The City of Washburn received around $1.3 million for construction this year on the northern wall of the city’s coal dock. Scott Kluver, city administrator of Washburn, said the northern wall still has the original timber from when the structure was built around 130 years ago.

"Pretty much anything above the water line at this point has been utterly destroyed," he said.

The dock has been vulnerable to storms on Lake Superior, sustaining significant damage during a storm in October.

"We want to make sure that the dock gets secured, so the plan is to sheet-pile the remaining sections of that," he said.

"This will be extremely beneficial to shipbuilding on the Great Lakes, allowing for deeper berths where we can accommodate heavier vessels and improve our overall winter capacity," said Melissa Wollering, Fincantieri senior communications manager. "Winter is our busy (season) where we host ships for repair and reconstruction, so this helps us greatly with production capacity and operational efficiency."

Grants will also devote $1 million to repair a failing steel pile bulkhead for the ferry service SS Badger in Manitowoc County and around $453,000 to repair a dock wall utilized by KK Integrated Logistics in Brown County.

The Harbor Assistance Program received $14.1 million in bonding authority and $4.5 million in segregated funds under the most recent two-year budget. Since the program began in 1979, it has awarded around $130 million for 103 projects through 2016.