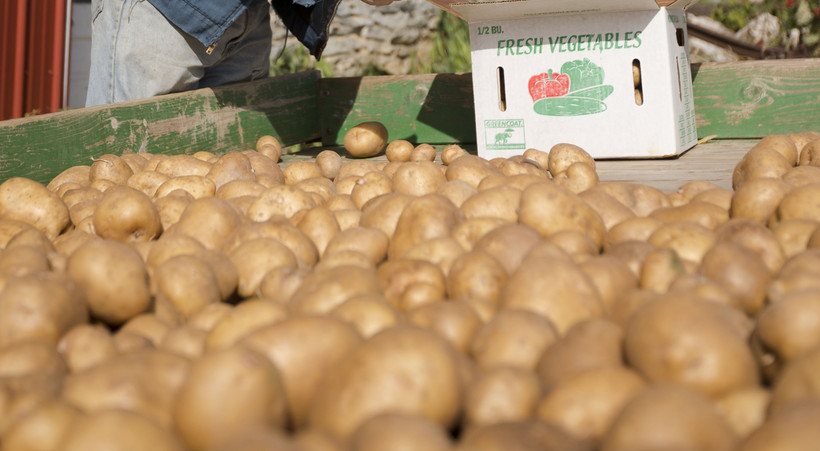 A former produce seller in Portage County has been accused of one of the largest potato-related thefts in Wisconsin history.

Thomas Lundgren was charged with 10 counts of theft in Portage County Circuit Court this week.

Lundgren is accused of withholding more than $700,000 in payments to potato growers and trucking companies between 2011 and 2012. He also faces related theft charges in Langlade County worth $176,000.

"The state believes it's the one of the largest, if not the largest theft from potato farmers in the state of Wisconsin's history," said Portage County District Attorney Louis Molepske. "This has a severe impact on multiple growers, family farms that rely upon the economic value of their agriculture product."

The charges were first brought against Lundgren in 2013, but Molepske said the case was dismissed due to issues with the kind of charges that were filed.

"The court believed that how the state had originally filed the case wasn't supported by the evidence," Molepske said. "That was an issue of whether or not the defendant ever was actually in possession of the potatoes or was acting simply under a theft type of statute."

A preliminary hearing for the case has been scheduled for Monday, Oct. 9.