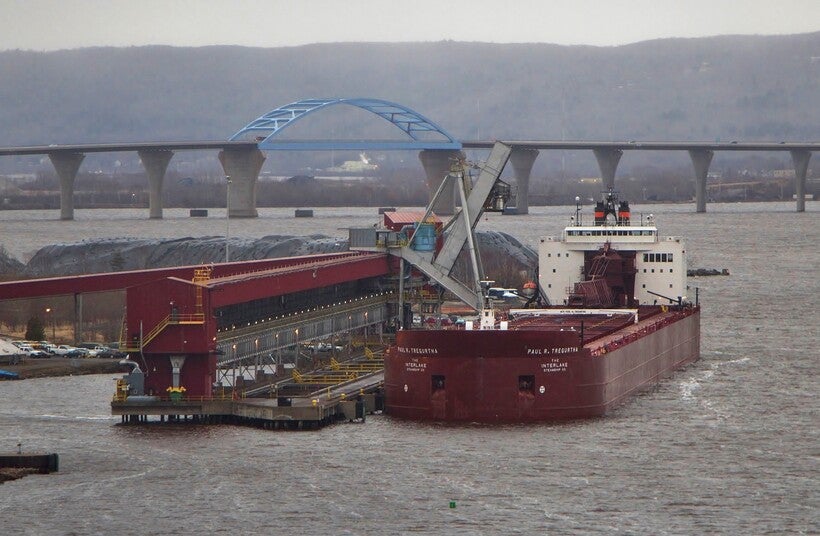 The Paul R. Tregurtha loads coal at the Midwest Energy Terminal in Superior on Dec. 14, 2015.
Photo by Chris Mazzella

The largest port on the Great Lakes is hoping for a rebound after cargo shipments dropped to their lowest level since 1938 during the COVID-19 pandemic. The first ship of the 2021 season arrived in the Twin Ports last week after the Poe Lock in Sault Ste. Marie, Michigan opened Wednesday.

Port officials in Duluth are hoping the new season will turn the page on the "pandemic plague," according to Jayson Hron, communications director for the Duluth Seaway Port Authority. The port saw 25.8 million tons move through the Duluth-Superior harbor last year — down 23 percent from 33.5 million tons in 2019.

"That was primarily driven by sharp drops in iron ore and coal, both of which commodities were affected by the pandemic greatly with shutdowns in the lower lakes, steel mills and the subsequent effects that trickle all the way back through the supply chains — all the way back to the mines themselves," said Hron.

U.S. steel manufacturers are now contending with a shortage of steel, according to Richard Stewart, professor of transportation and logistics at the University of Wisconsin-Superior. Stewart told WPR’s "Simply Superior" that the limited supply is the result of domestic steel producers cutting back production and tariffs on imports.

"I'm in great hopes that this shipping season, we'll see a significant increase in the movement of taconite to the mills that are downbound from the head of the lakes," said Stewart.

Hron is also optimistic that there will be a return to normal levels of iron ore movement on the Great Lakes.

"The Iron Range mines are open and active, the nation's blast furnace utilization rate has climbed back to pre-pandemic levels, and there's an increasingly healthy demand for steel," said Hron. "So, all of that bodes well for the Port of Duluth-Superior." 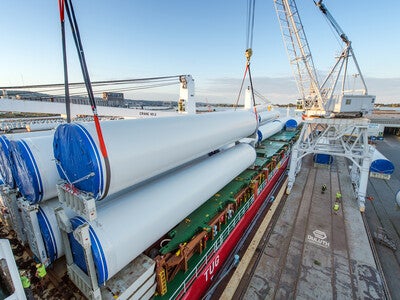 The news wasn’t all bad for the Port of Duluth-Superior last year. Hron said the U.S. Coast Guard reported no positive cases of COVID-19 among ships transiting through the port. The port also saw a record amount of wind energy cargo last year.

The Port of Green Bay saw its cargo shipments drop by about 15 percent to 1.9 million tons last year as coal and limestone volumes declined due to the pandemic and the ongoing transition to cleaner energy sources among utilities.

Other ports have been more insulated from the effects of the COVID-19 crisis. Port Milwaukee actually saw cargo volume rise 5 percent last year to 2.8 million tons.

The U.S. Army Corps of Engineers agreed to open the Poe Lock hours earlier than planned Wednesday following a request from the shipping industry. The Lake Carriers’ Association said the "efficiency of icebreaking" was the primary driver to get an early start. Ice cover on the Great Lakes has been extremely low this year except for a short stretch in February when Arctic air blasted the region.

The MacArthur Lock, also in Sault Ste. Marie, is set to re-open in April.