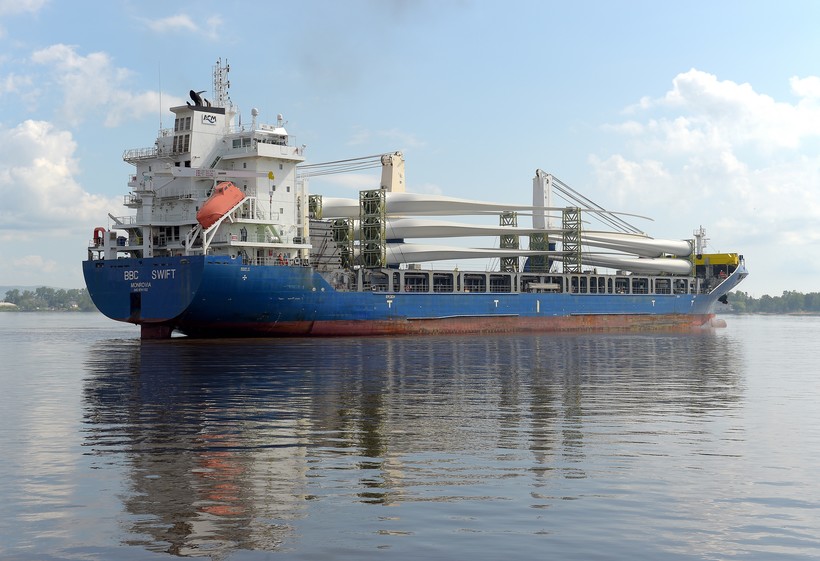 Amid The Pandemic, Wisconsin Ports Adapted As Tonnage Dropped In Some Places, Others Saw Positives

It has been an unprecedented year for Wisconsin’s commercial freight ports, which faced challenges due to the coronavirus pandemic, but there were also bright spots.

At the end of October, total tonnage at the Port of Duluth-Superior — the largest on the Great Lakes — was down nearly 29 percent compared to 2019, said Deb DeLuca, executive director of the Duluth Seaway Port Authority. Iron ore cargo declined 27 percent compared to last year while coal cargo was down 45 percent, she said. The drop can be directly linked to the pandemic.

"It's been a challenging year for everyone with the pandemic, of course, and shipping really was no exception," she said.

Early in the pandemic, a number of Minnesota's iron ore mines closed after demand for steel dropped when auto and appliance manufacturers shut down, she said. With factories closed, demand for coal, which is used for energy, dropped, too.

"We have a big coal terminal on the Wisconsin side of the harbor. It's the largest coal terminal in the Great Lakes and that was actually shut down for about six weeks," DeLuca said.

In 2020, tonnage was also down at the Port of Green Bay. By early December, 143 ships had visited the port this year compared to 161 at the same time last year, according to a news release from Brown County Port & Resource Recovery.

But it wasn’t bad news all around for the state's ports.

It was a record-breaking year for wind energy cargo at the Port of Duluth-Superior — the second in a row. Thirty ships from eight different countries carried wind cargo through the port this year, DeLuca said.

"Last year's record was 306,000 freight tons. That broke a record that we set in 2008, and it was really just a lean at the tape, like we barely broke the record. But this year, we blew it out of the water," she said.

More than half a million freight tons of wind energy cargo traveled through the Port of Duluth-Superior in 2020. About 50 employees work at the terminal that processes wind cargo and they had a busy summer, DeLuca said. Originally, shipments were expected all year long, but due to the pandemic, many were pushed back to the second half of 2020.

In the southeastern part of the state, Port Milwaukee had a strong year despite some big challenges, including a storm last winter that caused almost $2 million in damages, said director Adam Tindall-Schlicht. As of Dec. 1, the port was on track to equal its commercial performance in 2019. That is its best year in about a decade, he said.

That is thanks largely to the diverse cargo that moves through Port Milwaukee, he said. While the port saw a decline in some commodities, exports of Wisconsin corn, grain and soy were highlights for port authorities across the state, he added.

Despite the challenges of 2020, Port Milwaukee is in the midst of a historic resurgence, Tindall-Schlicht said. Construction on its new agricultural export facility will begin in early 2021. Port Milwaukee and other Wisconsin ports are also moving into the international cruise shipping, with companies like Viking Cruise Lines and Pearl Seas committed to making Milwaukee the turnaround point for their Great Lakes routes, he said.

Tindall-Schlicht, who serves as president of the Wisconsin Commercial Ports Association, said the state’s ports aren’t just dealing with the coronavirus pandemic. They’re also facing challenges due to climate change, he said, noting it’s not unusual for water levels to fluctuate on the Great Lakes, but it’s become more extreme over the last decade.

"The way that port authorities and coastal communities throughout our state respond, maintain operation and plan for the future through the lens of coastal resiliency is increasingly important," he said.

Both DeLuca and Tindall-Schlicht agree they were impressed by the adaptability and resilience their industry showed this year.

"So many challenges in 2020, but our port authorities, including Port Milwaukee, have met the challenge, have continued to be a backbone for both new recreational services, but also our ongoing statewide support for commercial supply chains. I anticipate they’ll continue to grow in the future," he said.