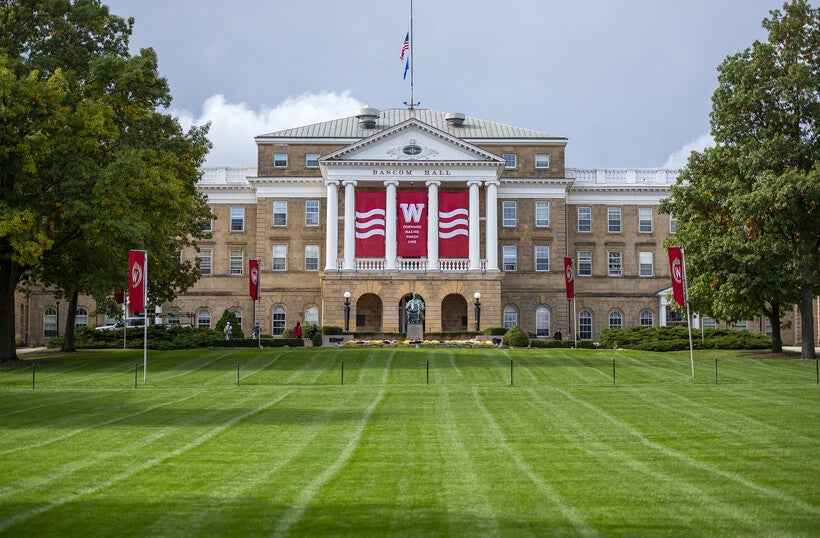 The outsized influence of state politics on the University of Wisconsin-Madison and other UW campuses was debated during a campus forum on Thursday, where topics ranged from state funding for the state's flagship university to Republican legislation aimed at discouraging teaching of critical race theory.

Seshadri commented that funding for UW-Madison has lagged behind peer institutions in other states. He said a year's worth of tuition and fees at UW-Madison is around $10,700, while tuition at the University of Minnesota is around $15,000 per year.

In part because the campus is precluded by the state legislature to raise its own tuition, Seshardri said UW-Madison is the most micromanaged flagship university in the nation.

"I've never been in favor of price controls in any circumstance and this is no exception," Seshadri said. "So, at some point, my hope is that the Regents do take a good look at this and essentially allow for reasonable tuition pricing to set in."

Seshadri also mentioned UW-Madison's inability to borrow money without state approval as unique among tier one research institutions. He pointed to delays in the campus's ability to construct a new engineering building due to the project being rejected by lawmakers on the state building commission.

"So, if we had bonding authority, we would have already built the engineering building," said Seshadri.

Ballweg noted that former Gov. Scott Walker proposed splitting UW-Madison from the UW System and making it a public authority in his 2015-17 state budget proposal. That budget also recommended a $300 million cut to the UW System.

Ballweg said she's alright with tuition being set by the UW Board of Regents, but doesn't support giving Madison bonding authority.

"I don't disagree with autonomy for the regents to look at tuition, those kinds of things," said Ballweg. "But the bonding, if we're going to stay a system, I think we have to act as a system."

Panelists were then asked what an appropriate approach to academic freedom and campus free speech should look like.

Roys hammered Republican legislation during the last legislative session aimed at discouraging the teaching of critical race theory on campuses and punishing universities found to have violated student or faculty free speech rights.

Roys' comments were in response to Ballweg saying that the efforts by Republican lawmakers were aimed at transparency and making students less fearful of repercussions for sharing their opinions.

Panelists were also asked to comment on a host of political appointees of Democratic Gov. Tony Evers not getting confirmation votes by the Republican-controlled state Senate.

Blumenfeld Bogost said seven Evers appointees on the 18 member board of regents are unconfirmed, including herself. She said they joke about taking a group vacation to Hawaii if they're replaced in January by appointees from a newly elected Republican governor.

Blumenfeld Bogost said it makes her sad as a citizen of the state that voluntary positions like the Board of Regents are held up due to politics.

"It's a seven-year volunteer position, and it doesn't feel good when you put your heart and soul into this, like most of my colleagues, and want to serve the state, and it's political fodder for whoever is in and whoever wants to get elected," said Blumenfeld Bogost.

Still, she said board members don't consider their appointment status when discussing university business and there is more agreement than disagreement among the board.