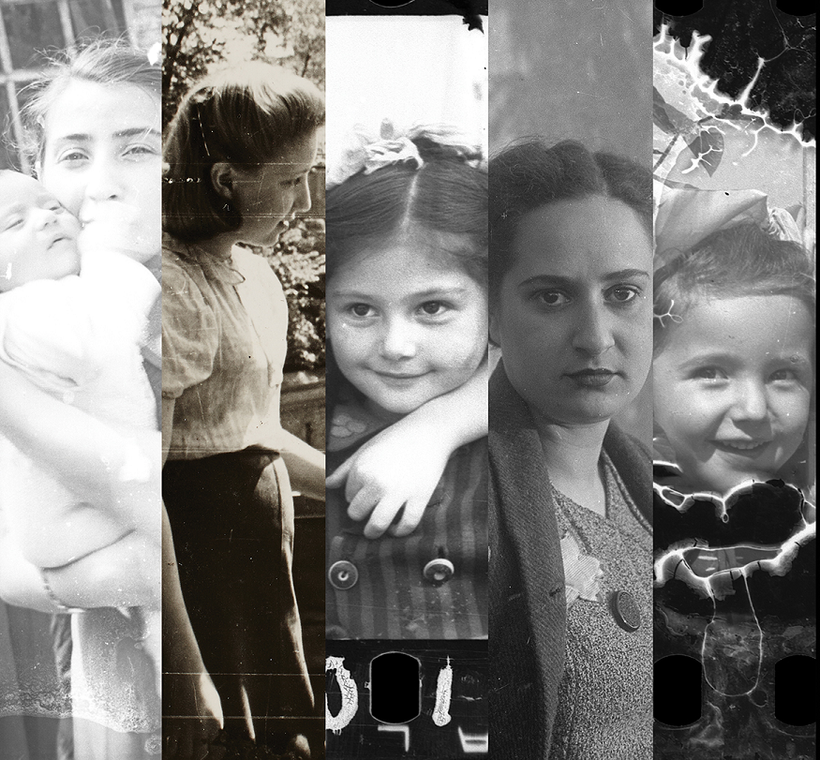 "The Girl in the Diary" dedication exhibit collage. Photo courtesy of the Jewish Museum Milwaukee

Plucked From The Rubble: Diary Found In Auschwitz Makes US Premiere In Milwaukee

2020 Is 75th Anniversary Of WWII Ending And The Liberation Of Concentration Camps
By Alana Watson
Share:

A diary found in the rubble of the Auschwitz-Birkenau concentration camp will be displayed for the first time in the United States in Wisconsin’s only Jewish museum.

The 112-page diary, which has made its way to the Jewish Museum Milwaukee, was found by a Russian doctor 75 years ago this month when the camp was liberated after World War II ended.

"This diary is just this outlet in the most brutal, honest, and emotional of ways," said Molly Dubin, the Jewish Museum Milwaukee curator.

"The Girl in the Diary: Searching for Rywka from the Lodz Ghetto" exhibit explores the story of Rywka Lipszyc, an Orthodox Jewish teenager who wrote a memoir in a school notebook between October 1943 and April 1944. The diary was found in 1945.

Dubin participated in a fellowship that brought her to the Galicia Jewish Museum in Krakow, Poland, where the exhibit centered around the diary was organized.

Dubin said she was immediately taken by the narrative and the exhibit as a whole. Dubin worked on getting all the exhibit pieces translated from Polish to English and bringing additional artifacts from the Holocaust Memorial Museum in Washington, D.C. to Milwaukee.

"We do have diaries from a number of young individuals that survived or perished in the Holocaust. And somehow their writings were buried or passed along and then found later. But we don't have a lot of female voices. The closest we had, of course, can make that jump to Anne Frank. But the majority are young male voices," Dubin explained to WPR.

"So to have this young female voice and to have a voice from a young Orthodox woman is also really interesting because in her diary, she not only records the day-to-day life in the Lodz Ghetto during a period that we really didn't have previously a lot of documentation about. But she also is coming of age," Dubin said. 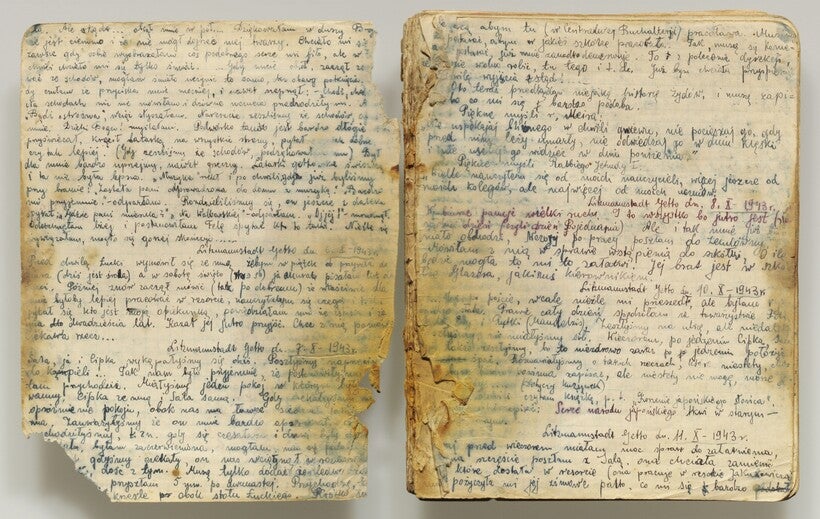 The diary of Rywka Lipszyc, an Orthodox Jewish teenager who wrote a memoir in a school notebook between October 1943 and April 1944.  "The Girl in the Diary: Searching for Rywka from the Lodz Ghetto" exhibit is making its debut in the United States. The exhibit is on display from Jan. 23, 2020 to May 17, 2020 at the Jewish Museum Milwaukee. Photo courtesy of the Jewish Museum Milwaukee

Rywka’s story is a rare perspective of life in the Lodz Ghetto as she writes about losing her parents and siblings while keeping her faith.

"This fate in God, devotion in God, that’s something that keeps coming back," Jakub Nowakowski, museum director of the Galicia Jewish Museum, said as he explained the significance of Rywka’s diary. "She’s not writing about big things like the beginnings of the war, the politics ... she writes about daily things. She writes about being hungry, or about being lonely, about losing her siblings and parents. She finds a source of help in her devotion to God."

The exhibit was first showcased at the Galicia Jewish Museum in 2017.

Nowakowski said the Galicia museum specializes in telling the stories that have not been told through its exhibits and that they understood "The Girl in the Diary" was a gem in so many ways.

The heart of the story is the search of finding Rywka and her fate.

"This is a very intimate look at the war from the point of view of a teenager girl," Nowakowski explained. "It’s not about men, it’s not about war, it’s about the fate of this teenager girl that faces horrible things that we can’t imagine." 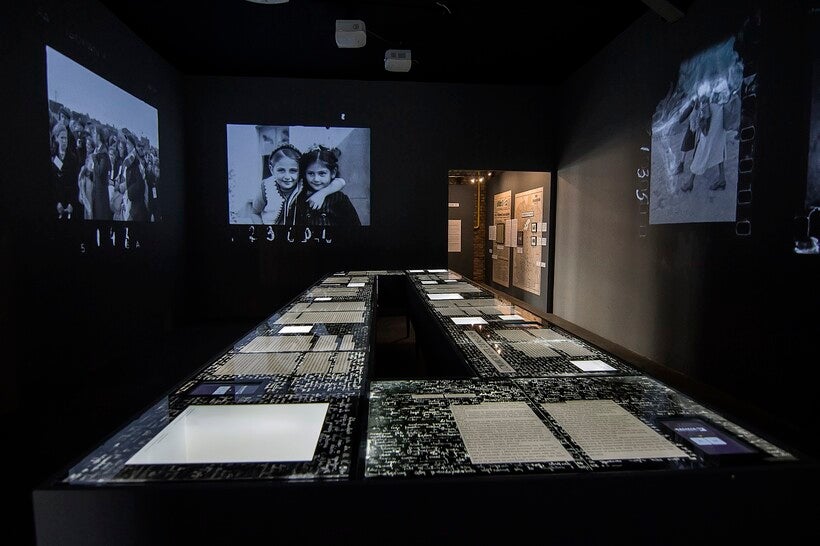 The granddaughter of the Russian doctor who discovered the diary 75 years ago found the diary in her grandmother’s belongings in 2008. Dubin said the granddaughter knew the notebook was significant, even though she couldn’t read Polish. She took the diary back to California with her and later the Holocaust Center of Northern California began locating answers about the diary and it’s author.

Many people from all over the world contributed to uncovering who Rywka was.

The exhibit opens Thursday, a few days before International Holocaust Remembrance Day — Monday, Jan. 27, the anniversary of the liberation of Auschwitz.

With a new perspective of the Holocaust coming to the forefront on the 75th anniversary of the liberation, Ellie Gettinger, Jewish Museum Milwaukee's education director, said visitors will be able to connect with Rywka in ways they weren’t able to connect with other narratives before.

"Anytime you can take a personal story and use it to expand broad information, and especially as we are further and further away from the end of WWII and the Holocaust and more of our survivors aren’t able to share their lived experience in a personal way, it creates that personal connection," Gettinger said.

Gettinger and Dubin hope that with the new exhibit and the anniversary of the end of WWII visitors will start to understand today’s hate speech and some rhetoric was seen 75 years ago.

The exhibit's premiere comes shortly after Wisconsin state lawmakers began circulating a proposed bill for signatures that would require the state's middle and high schools to teach students about the Holocaust and other genocides in social studies classes. The Milwaukee Journal Sentinel reports the bill was encouraged by member's of Milwaukee's Jewish community and lawmakers who were concerned about the increase in hate crimes and antisemitic attacks.

"The history is not so far removed," Dubin said. "And much of what we are seeing today has come back full circle, and we’ve been here before."

"The Girl in the Diary: Searching for Rywka from the Lodz Ghetto" exhibit will be at the Jewish Museum Milwaukee until May 17. The exhibit will then travel to Texas, Michigan, and California.