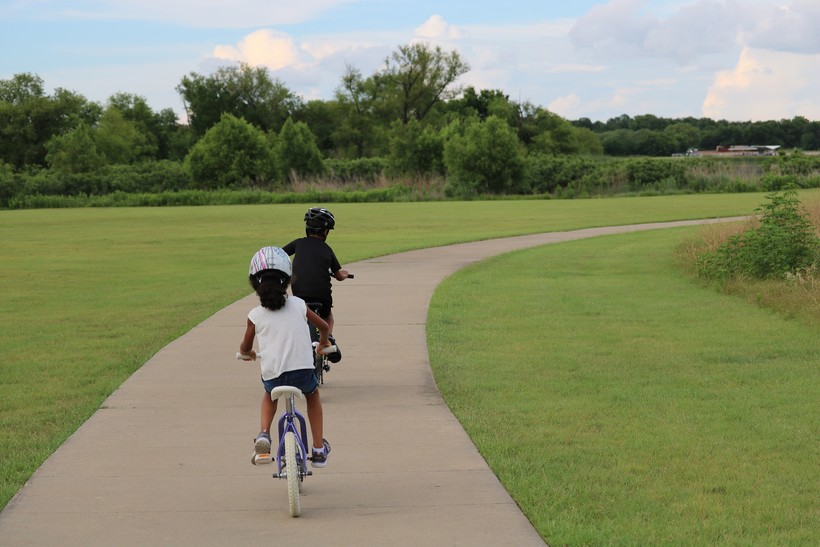 Plans For 'Route Of The Badger' Trail Network Moving Along

The project, called the Route of the Badger, has been in the works for a few years and would connect existing trails and add more trail miles in seven counties.

Joe Delmagori, of the Southeastern Wisconsin Regional Planning Commission, is helping to identify the potential route. He says the effort is gaining traction with local officials.

"I think it's understanding the importance of connecting communities, giving people options to get around so that you don't always have to get in the car to get where you need to go. Tourism opportunities, especially in the summer months," he said. Delmagori praised the city and county of Kenosha for recently recommending trail routes in that community.

About 300 of the 500 miles already exist, says Delmagori, who spoke at a national conference in Milwaukee organized by the Rails-to-Trails Conservancy. The three-day event is focused on developing regional trail networks across the United States.

At a conference forum Wednesday morning, Baltimore City Councilman Leon Pinkett, who is working on the Baltimore Greenway Trails Network, said it can be difficult to come up with the money.

"The challenge is in the face of what some may say are competing priorities, making certain that individuals understand the importance of investing in our parks, in our open space, in our trails. We talk about having sustainable communities, or desire to have sustainable communities. But oftentimes, we neglect to make the investments that make our communities sustainable," Pinkett said.

The project price tag has not been finalized.

Other speakers urged reaching out to both public and private funders.

"We've been closely following what's been happening with a potential infrastructure bill, looking at that as an opportunity to increase that funding," Laughlin said, adding that if the infrastructure measure is stalled, his group will lobby Congress to increase regional bike network monies in the 2020 federal transportation bill.

Laughlin also emphasized that although Rails-to-Trails Conservancy is promoting the regional trail networks, not all of the new trail miles have to be along abandoned railroad lines.

"We're looking for multiple kinds of trail to make connections," Laughlin said. "Sometimes, it's a utility corridor. Sometimes it can actually be on road, as long as it is fully separated from traffic and provides the same kind of low stress experience you would get on a separated trail. So, we're defining trail broadly, in terms of making these connections."