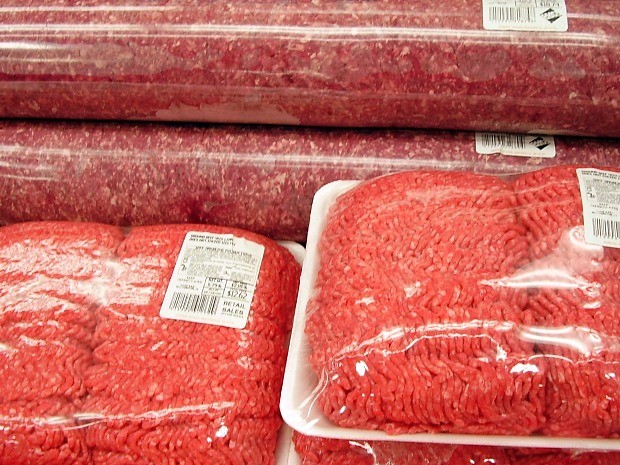 This is a cautionary tale about the importance of social media literacy, involving a company with a limited online profile, a hot-button issue, and a contingent of interested citizens with active social media accounts. On March 7, 2012, ABC World News Report aired the first in a series of stories on lean, finely textured beef, asserting that 70 percent of ground beef sold in United States stores contained "(pink slime) beef trimmings...once used only in dog food." What happened next caught the beef industry off guard.

The editors of Meating Place, an industry magazine, described online reaction as "a social media frenzy." An online petition to "put a stop to pink slime" was launched by Bettina Elias Siegel, a writer who covers school lunches on her blog The Lunch Tray; it garnered some 200,000 signatures within nine days of the first ABC report. An older YouTube clip of the ABC program Food Revolution (viewable here) showing celebrity chef Jamie Oliver mimicking the making of "pink slime" resurfaced and received 1.5 million views. On Twitter, uses of the term "pink slime" referencing beef climbed rapidly and remained relatively high for months. In the wake of this disclosure, sales of ground beef hit a 10-year low. Within a month, the largest producer of lean, finely textured beef, Beef Products Inc., announced it would shutter three of its four processing plants, and AFA Foods, a leading supplier to school districts, filed for bankruptcy protection. Both companies cited the reaction on social media as a major cause of their financial troubles.

Research on the "pink slime" controversy that I've conducted with Dominique Brossard and Dietram Scheufele in the Science, Media & the Public group at the University of Wisconsin-Madison suggests that online reaction was the result of these companies' crises, and not their cause. Still, the visible anger and attention from social media users was difficult to ignore.

Indeed, according to a recent Pew Research Center study, 65 percent of American adults use social networking platforms, including Twitter, Facebook and Instagram. Collectively these services have become an important channel for individuals to find, share and discuss information about personally relevant topics. In addition to seeing information as it comes across the screen, literate social media users distribute and find content-specific information by searching for keywords or using hashtag labels, such as #PinkSlime, #BlackLivesMatter or #Election2016. Sometimes people engaged in these issues will organize to take action around them.

Of course, not all issues attract broad attention, and some individuals turn to social media for information about topics that receive very little coverage in popular media. For example, our research on the communication surrounding emerging technologies has found that Twitter posts containing keywords related to nanotechnology occur at higher rates in states that host federally funded National Nanotechnology Initiative centers. The nanotech community is relatively small, and the high concentration of relevant tweets near NNI centers may indicate Twitter has become a useful discussion space for those within the community who are seeking or sharing #nanotechnology information not typically found in popular national media.

In addition to keeping up with issues that aren't broadly covered by major broadcasters or periodicals, literate social media users may turn to these platforms to connect with others or remain up to date in their professional fields. Another study by UW-Madison's Science, Media & the Public researchers found that scientists whose work was mentioned on Twitter had significantly higher h-indexes, a number measuring the impact of scientific research, than their peers whose work was not mentioned. This study also found that mentions on Twitter amplified the effect of the scientists' interactions with media reporters and non-scientists.

Despite solid evidence that a degree of social media literacy can benefit both individuals and organizations, some choose to remain offline. Two years after the controversy sparked by the 2012 ABC World News reports, Beef Products Inc. reopened one of its shuttered plants. The announcement caught the attention of a small number of social media users, who resurrected the #PinkSlime hashtag on Twitter. Although the industry-friendly website Beef2Live preemptively engaged social media critics by tweeting a link to its definition of lean finely textured beef (a.k.a., "pink slime"), Beef Products Inc. was notably absent from the Twitter conversation, eschewing social media altogether. The company was contacted for comment but declined to reply because of ongoing litigation.

Kristin Runge is a communication researcher and community development specialist with the University of Wisconsin-Extension.