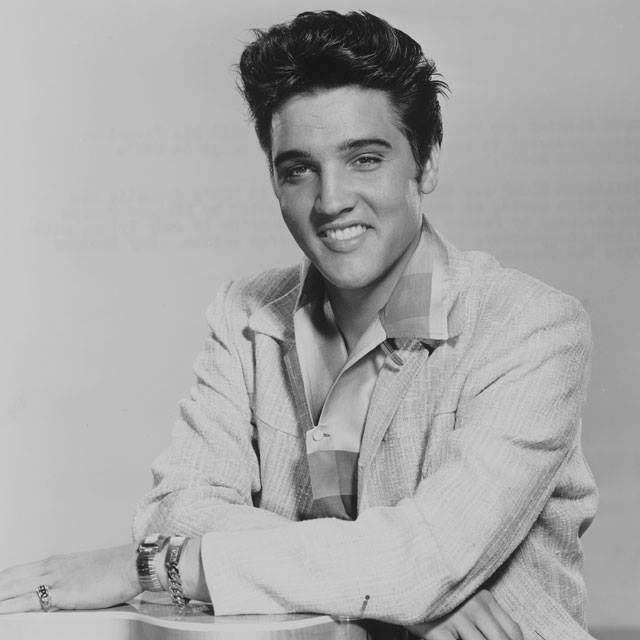 Pick Of The Day: Remembering Elvis' Final Concert In Madison

Presley Would Have Celebrated 80th Birthday On Thursday
By David Hyland
Share:

Famously hailed as the "King of Rock 'N' Roll," a much better descriptor for Elvis Presley and what he meant to music and popular culture as a whole would be the perfect embodiment of an American legend.

Like fictitious folkloric characters Paul Bunyan or John Henry in the century before his birth, Presley -- during his life and certainly in the years since his death nearly 40 years ago -- is a figure whose life and exploits were so rife with both triumph and tragedy that they made fertile ground for plenty of frequently shared tall tales. That Presley was once an actual person who walked among us is a concept that seems strange now amid all the hype and iconography that constitutes the Elvis mythos. (A mythos that should be said encapsulates the evolution the star underwent during his years in the spotlight, from the hell-raising, roots-y young turk of the 1950s through the bloated, musically bankrupt "Fat Elvis" of the '70s.)

Regardless of where any person falls in his or her preferences, Presley remains a central figure of American mythology. That he would have turned 80 years old on Thursday is yet another occasion for many in the media to state and restate his pivotal place in all that we hold sacred.

Amid the remembrances and reflections on Presley's transformational impact on stardom and his unquestionable role in popularizing rock music, few might know that Wisconsin was the setting of two remarkable incidents that occurred as Elvis' life neared its end.

First, three Wisconsin cities played host to Presley's final run of concerts. He performed in Milwaukee and Green Bay at the end of April 1977 and then in Madison, at the Dane County Coliseum, on June 24, 1977. He only played two other shows after Madison -- Cincinnati on June 25 and finally, Indianapolis on June 26.

Anyone watching the nearly 20 minutes of pixel-laden, fan-shot footage of the Madison performance -- which was posted on YouTube -- shows Presley in less than stellar form. (See the video below.) Even for hardcore fans, viewing this would seem to bolster all the worst slanders leveled against Elvis during the end of his life; Namely, that the king had transformed into a blurry-eyed jester half-heartedly running through canned stage routines.

Wearing his usual all-white, sequins-strewn jumpsuit, Presley is either drunk or drunk on being Elvis. His only concern seems to be enforcing his own arbitrary whims. In hindsight, it would have been worrying to see him performing in such a state except that every Las Vegas impersonator has long ago made this era's Elvis a running joke.

On this night, Presley seems like he just doesn't really care about integrity. At different turns, he's slurring the lyrics, lazily crooning or just all together off-key. He misses cues, leads the band into false starts and mutters impatient orders off mic to his sidemen.

Meanwhile, his crackerjack backing group -- consisting of all-star guitarist James Burton (who can be seen playing the customized Telecaster over Presley's shoulder in the video) and drummer extraordinaire Ronnie Tutt -- are more than up to any challenge, but the king's ransom here is anything approaching musical precision. The players give this charade the illusion of normalcy and cover for the boss' shaky, erratic grip on the microphone stand.

Instead of playing music, a stoned Presley sticks with the performance script, which means speedy and unpleasant run-throughs of a couple of classics, an odd Olivia Newton John cover and several unfamiliar favorites treated with the tenderness of an axe murderer. If Presley was the king, it's clear his retinue was unwilling to challenge any of his majesty's poor decisions.

Need proof? There's a creepy, all-too-brief "Love Me," where Presley is more amused to be tossing colorful scarves to the audience than in giving the song a proper airing. This rendition is made all the stranger because as terrible as Presley acts/looks onstage, women can be heard screaming as he whips the scarves to the front row. (Maybe Elvis looked as blurry to the crowd as he does on this clip? Or maybe they're screaming in terror because of what Presley has turned into?)

It only gets worse during a tawdry, boogie-woogie jog through "Jailhouse Rock." Presley and the band first have a false start, with him accusing the musicians of "racing." When they begin again, it's at almost the identical tempo and with none of the badass groove of the original. This is perfunctory and as such, a travesty better suited to a lounge act.

Other songs were just as disconcerting. Reviewing each song is like watching another part of a chain-reaction car wreck. During the ballads, Presley mutters his way through "One Night," Gordon Lightfoot's "Early Morning Rain" and the somewhat ironic "I Really Don't Want To Know." For high-energy numbers like Ray Charles' "What'd I Say" and Chuck Berry's "Johnny B. Goode," which was meant to be a showpiece for the band, the music is a blur of bad choices assembled into song form.

The clip ends before the concert concluded, but perhaps this was a case of mercy rather than a reflection on the camera technology of the time. It's highly unlikely that these performances will make it into a live album or movie.

But, besides this unsettling Madison concert performance, there is one other curious but little-known incident worth noting that happened the night before when Presley was arriving into town. It surely deserves a pride of place in the Elvis legend.

The story goes that after Presley flew into Madison and was traveling in a limo to his hotel, he stopped and broke up a fight between three young people in front of a gas station on the city's East Side. According to multiple sources, Presley saw the fight between the three youths, leapt out of his limo and got into a karate "fight stance" in an effort to even the odds. "I'll take you on," Presley allegedly said, and performed a few moves for the trio. The fight stopped, the three subsequently shook hands with Elvis and promised to stop. (In the version of the story I heard, Presley was wearing a blue kimono when he leapt out of the limo, but many variants of this tale exist.)

The location of this incident is now commemorated with a small plaque near the corner of East Washington Avenue and Highway 51 (or North Stoughton Road).

In an odd twist, the plaque features an image of the young, rockabilly-era Elvis instead of the jumpsuit-ed. rock-star eccentric the three lads were confronted with that summer night. This mistake perhaps subconsciously reinforces a well-known slice of wisdom when it comes to tall tales: Don't believe everything you read.