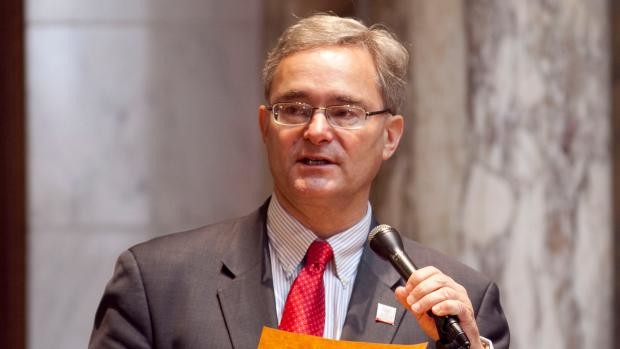 Assembly Democratic Minority Leader Peter Barca has announced he's stepping down from his leadership position at the end of this month.

The move will put someone else in charge of Assembly Democrats for the first time in nearly seven years.

Barca announced his resignation in a statement Thursday evening after a private meeting with his fellow Assembly Democrats.

"This afternoon I made the very difficult decision to step down as leader of the Assembly Democrats following deliberate, thoughtful discussions," Barca said. "I am grateful to my colleagues for their support over the last seven years."

Barca's statement did not say who would be the next Assembly Minority Leader.

At least one Barca ally, Rep. Christine Sinicki, D-Milwaukee, was not happy with the change.

"We have a group of fairly young legislators who pretty much led this coup who feel that our current leader is not moving the caucus forward," said Sinicki in a phone interview minutes before Barca's announcement.

Sinicki said Barca's decision to vote for the Republican Foxconn incentives bill was a factor in his departure. The Foxconn plant could be near Barca's Kenosha district.

"This is a group of inexperienced legislators who really have not spent a whole lot of time legislating yet, and they were looking for any excuse to change our leadership," Sinicki said. "I do think the Foxconn bill kind of gave this group more ammunition that they thought they could use against him."

Barca was elected Minority Leader in 2011 following a 2010 election cycle that saw Democrats lose control of the state Assembly, Senate and governor's office.

He led Democrats during the tumultuous battle over Wisconsin's Act 10 collective bargaining law, spearheading a debate over the bill that lasted several days in the Wisconsin Assembly.

Barca also oversaw continued losses for Democrats as their numbers continued to dwindle. Democrats hold just 35 seats in the Assembly compared to 64 seats for Republicans.