The petition comes as the village of Weston had to shut down 2 of its 6 wells due to elevated PFAS levels
By Danielle Kaeding
Share:

Town of Peshtigo residents want federal environmental regulators to gauge whether the Marinette and Peshtigo area can be designated as a federal Superfund site due to widespread PFAS contamination.

Peshtigo resident Jeff Lamont and Cindy Boyle, town chair, filed a petition with the U.S. Environmental Protection Agency that requests a preliminary assessment of the suspected release of hazardous substances under the federal Superfund law.

Boyle said she filed the petition on Sunday after the Natural Resources Board failed to pass groundwater standards that she believes would've protected residents. Around one third of state residents receive water from private wells that draw from groundwater, according to the Wisconsin Department of Natural Resources.

"It became apparent that our next objective will be to engage the EPA," said Boyle. "So specific to our area, we wanted to make sure that they're aware of the PFAS contamination crisis in the town of Peshtigo."

Boyle and Lamont are among nearly 140 residents who rely on bottled water in the northeastern Wisconsin community due to PFAS contamination of private wells stemming from Tyco Fire Products’ fire training facility in Marinette. Boyle said Tyco has failed to fully comply with state regulators' demands to clean up contamination.

"(The board) shrugged their responsibility by not doing anything for the state groundwater standard," said Lamont, a former environmental consultant. "And so we felt that if we can't get protection of the drinking water for a third of the state residents, then maybe we'll see what the feds can do about it." 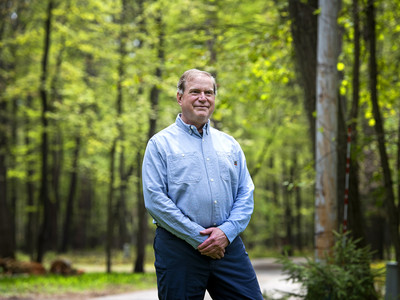 The chemicals have raised concern among residents because they don’t break down easily in the environment. Multiple studies have linked the chemicals to serious health effects that include increased risk of kidney and testicular cancers, thyroid disease and fertility issues. They have also been tied to reduced response to vaccines.

The U.S. EPA has not yet developed standards for PFAS or designated them as hazardous substances, which means they don’t currently trigger action under the federal Superfund law. The agency has issued a "road map" that includes designating the two most common PFAS chemicals — PFOA and PFOS — as hazardous substances under the law with a final rule expected next summer.

Boyle said the petition begins the process so that they'll be at the front of the line if PFAS are classified as hazardous substances.

The EPA said in a statement Thursday that the agency has received the petition.

"Within 12 months after a (preliminary assessment) petition is received, it will be reviewed by EPA and a report of the review will be sent to the petitioner(s) within this one year timeframe," wrote the agency.

The agency said the assessment would include procuring a contractor, gathering data and inspecting the site. The EPA would also seek input from stakeholders, such as the state and possibly the Agency for Toxic Substances and Disease Registry.

The site would continue to be managed by the state if it doesn't qualify for the designation, according to the EPA's website.

Peshtigo residents first learned of PFAS pollution in 2017 when Tyco began investigating contamination with the DNR. The DNR later referred Tyco and its parent company Johnson Controls to the Wisconsin Department of Justice for failure to report any release of PFAS when the chemicals were first discovered in 2013 at levels as high as 254,000 parts per trillion in groundwater. Company officials maintain they believed contamination was confined to its site.

Last week, Wisconsin Attorney General Josh Kaul filed a lawsuit against Tyco and Johnson Controls for violating the state’s hazardous spills law, saying the company hasn’t done enough to clean up PFAS contamination. The companies have refused the DNR’s demands to conduct more sampling and investigation of contamination in a broader area around its facility.

Katie McGinty, chief sustainability officer for Johnson Controls, said company officials have been taking steps to clean up the site regardless of ongoing work to enact state standards.

"We've been at it for years. We are well ahead of most projects like this in the entire country," said McGinty. "Hands down, we are furthest along in the state of Wisconsin in taking care of our part of what is a nearly universal challenge with PFAS. Nobody has had to chase us to do any of that."

The company has highlighted its efforts to offer bottled water and water treatment systems to Peshtigo residents, as well as remove contaminated soils from its fire training facility.

McGinty noted Tyco and Johnson Controls are building a groundwater extraction and treatment center slated to open by this summer that's expected to treat 95 percent of PFAS in the area. State regulators have warned the system would reduce, but not eliminate, PFAS in groundwater and surface water.

In the meantime, Boyle said efforts to negotiate a long-term source of clean drinking water with the companies has stalled. She said Tyco terminated a reimbursement agreement with the town this month for engineering and legal expenses related to those discussions following the state’s lawsuit. Tyco said they reimbursed the town $65,000 for costs associated with identifying water options before ending its contract.

Now, Tyco is reaching out to 169 residents to obtain feedback on four options for a long-term solution that stemmed from negotiations and previous engineering studies. Those options include annexing town residents to the city of Marinette for municipal water, drilling deep water wells, a mix of municipal water and deep water wells, or a water line from the city of Peshtigo.

McGinty said no further meetings are scheduled with the town, and she wouldn't say whether all parties had agreed to those options. Instead, company officials are meeting one-on-one with residents. McGinty said the company isn't advocating for any option, although she said a water line to Marinette would be the "speediest solution." The city passed a resolution last year against extending water to the town.

More wells shut down due to PFAS

The petition comes as yet another community in Wisconsin has announced it shut down wells due to elevated levels of the so-called forever chemicals.

Officials with the village of Weston near Wausau announced Thursday that they shut down two of its six wells on March 17 after testing showed elevated levels of PFAS. Testing showed levels in the two wells at rates above recommendations from the Wisconsin Department of Health Services.

Keith Donner, village administrator, said water currently being supplied to their customers is under the state’s health advisory limits.

"Right now, the way the system is operating, we’re meeting all water quality standards, including the health advisory standard from the Wisconsin Department of Health," said Donner.

The village is coordinating additional sampling soon to confirm the results, and the two wells with elevated levels will be kept offline. Officials are also considering blending water from one of the wells in the short-term to bring it back online, and the village is hoping to expedite the construction of two new wells. 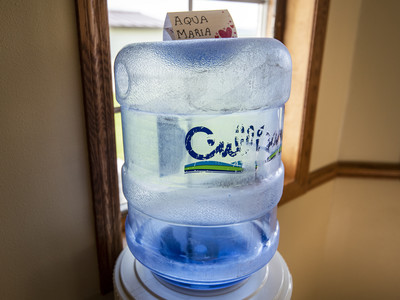 The community is the latest to grapple with PFAS contamination in public and private wells. Cities like Madison, Eau Claire, La Crosse and Wausau have shut down wells due to concerning levels of the chemicals.

People living in the town of Campbell on French Island are also relying on bottled water due to PFAS contamination of private wells that stems from the use of firefighting foam at the La Crosse Regional Airport. Town officials have been working to secure a long-term water solution.

Town leaders say they’re currently drafting a new water agreement that wouldn’t require the town to be annexed to the city of La Crosse. Residents have been leery of seeking municipal water from the city as a long-term solution.