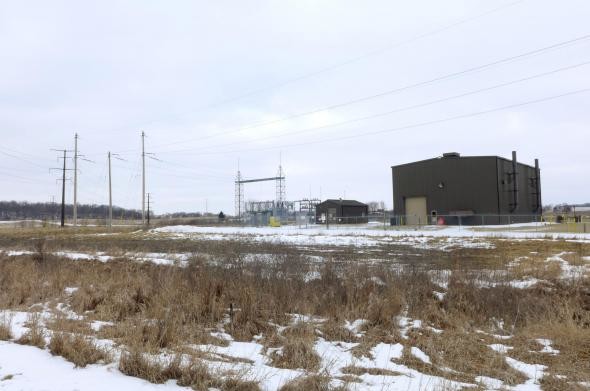 Permit Will Stand For Enbridge Pump Station In Waterloo

Dane County Circuit Court Judge Peter Anderson ruled Tuesday that the county's permit for an Enbridge Energy pump station will stand. A judge ruled this summer the county can't enforce a special insurance requirement on the energy firm expanding a pipeline in Waterloo.

Enbridge had sought a conditional use permit for its Waterloo pump station as part of plans to expand capacity on its Line 61 pipeline to transport up to 1.2 million barrels of oil per day from Superior to the Illinois border. A Dane County committee had granted a permit to Enbridge in April 2015 with conditions the company obtain environmental impairment liability insurance.

Not long after, lawmakers passed a provision in the 2015-2017 state budget preventing counties from imposing special insurance requirements. David Gault, assistant corporation counsel for Dane County, said the county wanted to send the permit back to the zoning and land regulation committee to explore other options.

"The zoning committee would not have ever granted the conditional use permit to Enbridge had they known after the fact that the Legislature was going to adopt a bill that prohibited the insurance conditions because it was such a material and integral part of the permit," Gault said.

The county contested the matter in court to determine whether the law was retroactive and whether they could reconsider the permit after the requirement was blocked. But, Enbridge spokeswoman Jennifer Smith said the ruling Tuesday means the permit will stand without the insurance conditions.

"Really they're unnecessary," she said. "Enbridge has more than $860 million in insurance coverage, which includes sudden and accidental pollution coverage, which is the type of insurance that was being placed in the conditions."

The county's zoning committee had pursued special insurance upon the recommendations of an independent consultant. The recommendation was due in part to Enbridge's legal battle with an insurer refusing to pay cleanup costs related to the 2010 Kalamazoo River spill. The United States Environmental Protection Agency estimates more than one million gallons were recovered from the river.

But, Smith said Enbridge would foot the bill even if insurance wouldn't cover cleanup costs with a potential spill.

"If the insurance company was not going to cover a claim, that was a loss to Enbridge," She said. "It was not a loss to any of the impacted landowners, taxpayers, and government agencies that were responding."

But, Keith Reopelle, who was a party to a lawsuit brought by landowners against Enbridge over the insurance requirement, said the condition would have allowed the county to have the funds to address any spills.

"We've just seen too many cases where it's too easy for the company to avoid paying for the impacts of its mistakes if they aren't required ahead of time to be prepared to do that," Reopelle said.

In the Tuesday hearing, Anderson also dismissed the landowners' suit. Reopelle said it's an unfortunate outcome for landowners seeking to protect their property.

"We'll certainly seek other ways to do that," Reopelle said.

As for the county, Gault said there's little recourse short of an appeal, noting it's uncertain whether officials want to pursue further action on the permit. He said one possibility is the permit could be rendered invalid under ordinance because the company may be considered out of compliance with the conditions of the permit as it's written.

"I'm not saying they can, I'm just saying that's the only mechanism there is now to ever revisit this," Gault said.

As for Enbridge, Smith said the company is pleased with the judge's decision.

"The new Waterloo pump station is critical infrastructure for not only the state of Wisconsin, but also our region," she said. "Our pipelines are supplying the energy we all use every day on a daily basis. This upgrade project increases our national energy security by being able to have us transport more of our North American crude oil."

Construction of the pump station is expected to be completed by November.