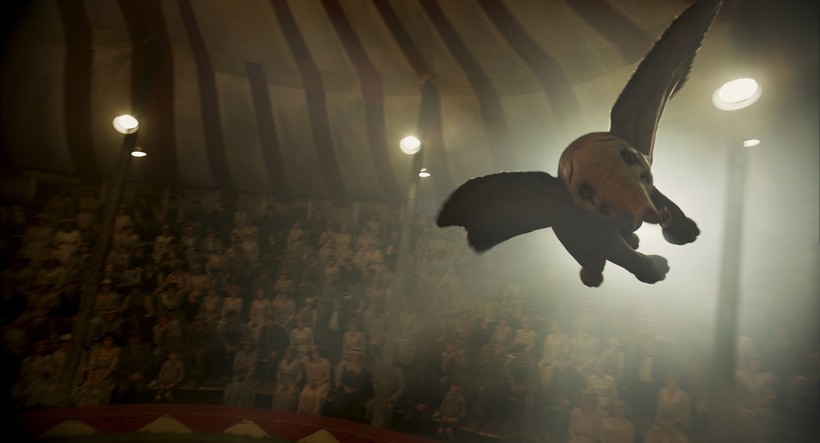 A scene from the recent live-action remake of "Dumbo." Disney/AP Photo

While a timid and badgered baby elephant with ears big enough to fly remains the stuff of fantasy, the details of the circus in its heyday that he inhabits can be recreated true to life.

Producers of the recently released "Dumbo" — a $170 million remake of the 1941 Disney animated film that features Danny DeVito, Colin Farrell and Eva Green — ensured that the film would accurately reflect the Greatest Shows on Earth with a bit of research in Baraboo.

The producer was mainly interested in photos from the turn of the century to get a better sense of how circuses looked and what costumes would be appropriate, said Pete Shrake, a Circus World archivist. The wagon and wardrobe collections at Circus World that the producers witnessed on a tour also served up more ideas for iterations to turn "Dumbo" into an accurate, convincing production.

"They wanted to capture the feel of the turn of the century circus," Shrake said. "I think they did."

The producer's requests were among more than 2,000 that the offices of Circus World’s Robert L. Parkinson Library and Research Center field each year, from businesses, government and education agencies and genealogists. Because of its status as an epic form of entertainment, circuses attracted local and professional photographers whose work lives in the archives. John Bill Ricketts takes credit for the first modern American circus, dating back to April 3, 1793. In fact, Shrake said the oldest piece in Circus World’s collection is a full newspaper that contains an advertisement for that performance.

More recently, circuses have come under intense scrutiny for mistreatment of animals, specifically by animal rights activists. Legal action encouraged the Ringling Bros. and Barnum & Bailey to cease its elephant act in May 2016, about a year before the circus closed for good.

But in their prime, circuses were a means to an education in some ways by exposing rural areas to different cultures and exotic animals.

For example, it was at the circus where some would first experience light bulbs, automobiles or early films.

"It was this amazing thing that came through like once a year and (you could) see sights and sounds that you couldn’t possibly see anywhere else throughout the rest of the year," Shrake said.

Many of the circus photos show a main route or midway flanked by banners enticing crowds into sideshow tents and concession stands. At the other end of the midway was the entrance to the menagerie, where animals were kept for show and the big top tent.

Some pictures featured roustabouts at work — the circus workers who pounded tent stakes into the ground, set up the canvas, unloaded the trains and moved around equipment. Examples of some items in the library’s collection can be viewed online in a collections database, along with oral histories of circus performers which staff at the library have collected over the years.

Some of the oral histories are told by former employees of the Ringling Bros. and Barnum & Bailey, who attended a reunion at Circus World to celebrate its last production.

Some of the audio interviews are accompanied by transcripts.

Circus World Archives A Go-To Resource For Hollywood And Historians 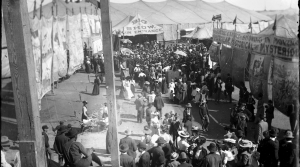 To ensure that the costumes and set in the new, live-action version of Dumbo were accurate, producers traveled to Baraboo, WI and dug into the Circus World archives. We talk with the archivist about what materials are preserved and the stories they tell.