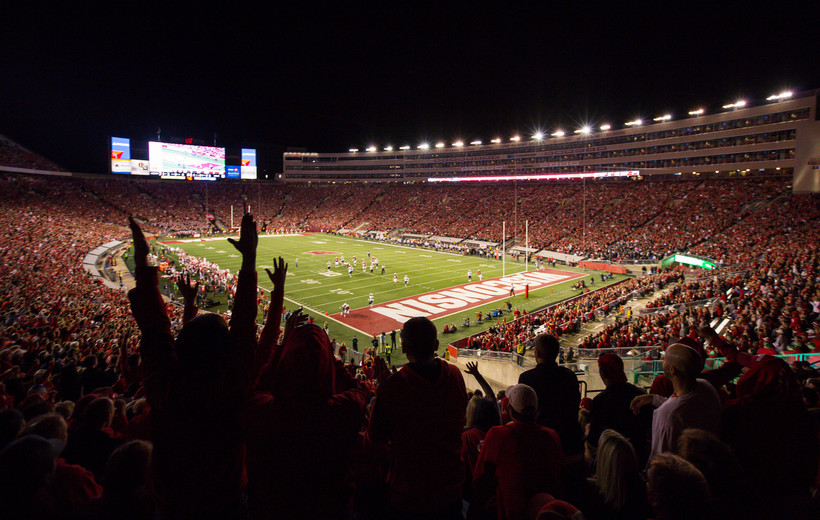 Fans celebrate after Wisconsin scored against Utah State during the second half of an NCAA college football game at Camp Randall Stadium on Friday, Sept. 1, 2017, in Madison, Wis. Andy Manis/AP Photo

State and national officials pushing for the return of Big Ten football may have encountered a roadblock.

University of Wisconsin-Madison Chancellor Rebecca Blank announced Wednesday night that all in-person classes will be paused through Sept. 25 due to a growing number of positive COVID-19 test results.

After the announcement, UW-Madison Athletic Director Barry Alvarez said in a statement that the football and men’s hockey teams will also take a two-week break from team activities based on the athletic department’s testing protocols.

"Our department has, all along, aligned with Chancellor Blank on messaging to our student-athletes the importance of safe behaviors and practices designed to mitigate the risk of spreading the virus. I will continue to make sure our student-athletes and staff hear that message," the statement read.

Alvarez said the Athletic Department will continue to conduct its own COVID-19 testing on student-athletes, which it’s been doing since June.

"Since we began testing in Athletics, our decision-making has been guided by our own test results. That continues to be our plan going forward," he said.

Between June 8 and Sept. 9, the Athletic Department conducted nearly 4,000 COVID-19 tests, with 58 student-athletes testing positive for the virus. An additional 25 student-athletes have been confirmed to have the coronavirus through tests not conducted by the department.

While other conferences are embarking on college football season amid the pandemic, the Big Ten announced last month it would cancel the fall sports season. Since then, the conference has received considerable backlash from players, fans and even politicians.

President Donald Trump contacted Big Ten Commissioner Kevin Warren earlier this month to discuss ways the White House could assist the conference in its return to play, and several Nebraska football players sued the Big Ten to have their fall season reinstated.

Alvarez is the chair of the Big Ten’s return to competition task force, which is currently exploring options for when athletics could resume. Reports indicate several scenarios are still in play.

In a press briefing Tuesday, Ohio Gov. Mike DeWine said, "I think there certainly is a decent chance of there being a season in football for the Big Ten, for Ohio State, which is what we're really concerned about."