People living in and around communities contaminated with PFAS say Wisconsin can’t afford to wait for federal standards to address harmful "forever chemicals" in drinking water.

The remarks were made as state environmental regulators held a virtual public hearing Wednesday morning on proposed state standards to regulate PFAS in drinking water for two of the most widely studied chemicals: PFOA and PFOS. No one spoke in opposition to the proposed standards.

The regulations would set a combined standard of 20 parts per trillion in line with state health officials’ recommendation to protect public health.

PFAS, or perfluoroalkyl and polyfluoroalkyl substances, are a class of thousands of chemicals that are found in firefighting foam and everyday products. They’ve been linked to increased risk of kidney and testicular cancers, thyroid disease and fertility issues. The chemicals don’t break down easily in the environment. 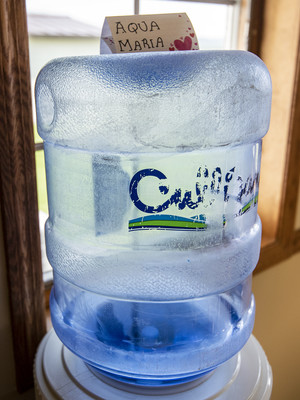 Abby Siakpere has been drinking bottled water in the Town of Campbell after testing that began last year has since revealed PFAS in nearly all public and private wells that have been sampled. Thirty percent of 553 wells tested in the town exceed the state’s recommended standard or health hazard index. Siakpere recounted the difficulty of moving, storing and refilling the 5-gallon jugs that now serve as a source of drinking water.

"Safe drinking water should be a basic human right in Wisconsin, and I am here on behalf of the people of the Town of Campbell who are pleading for your help," said Siakpere. "Passage of drinking water standards for PFAS are long overdue."

Communities across the state are contending with PFAS contamination of private and public water supplies, including the towns of Campbell and Peshtigo, and the cities of Marinette, La Crosse, Eau Claire, Rhinelander and Madison. So far, state environmental regulators have detected 51 sites within 25 communities that have PFAS polluted groundwater. Environmental advocates warn more contamination is likely to be found as systems test for the chemicals.

Residents of those communities voiced support for state standards, including Kayla Furton, a Peshtigo town supervisor. Around 140 residents in her community have been drinking bottled water for years due to PFAS contamination stemming from the use of PFAS firefighting foam at Tyco Fire Products’ fire training facility in Marinette. 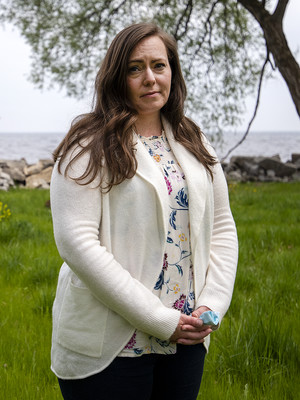 Kayla Furton’s children and nephew play near the water behind her Thursday, May 20, 2021, at her home in the Town of Peshtigo. Angela Major/WPR

The Environmental Protection Agency has set a federal health advisory level of 70 parts per trillion, which is unenforceable. In October, the agency announced a broad plan to address the chemicals that includes setting federal drinking water standards in the next two years. Even after federal regulations are in place, the DNR said it may three years before those standards take effect in the state.

Clean Wisconsin, Midwest Environmental Advocates, Wisconsin Conservation Voters and the League of Women Voters of Wisconsin are among organizations that spoke in support of state standards.

WMC, the state’s largest business lobby, has said standards are necessary for PFOA and PFAS. Yet, the business group has urged state regulators to pause its rulemaking and wait for federal standards to avoid a patchwork of state standards. 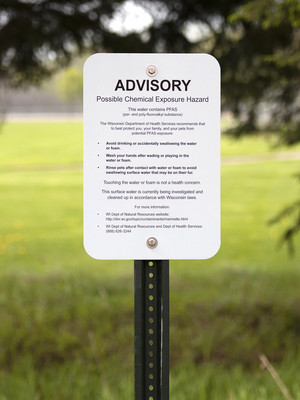 The cost for businesses, local governments and individuals to comply with the rule is estimated to run $5.6 million in the first year standards are implemented, which includes treatment and monitoring costs for water systems. The cost for ongoing monitoring is expected to average roughly $4 million each year.

So far, nine public water supplies are expected to exceed the proposed standards, requiring installation of treatment systems. The cost for those systems is expected to be about $3.7 million each year over the next two decades.

The economic benefits of regulating PFAS in Wisconsin are unknown, but the DNR estimated hundreds of millions of dollars in health-related costs alone may be avoided with the proposed standards. Laura Olah with Citizens for Safe Water Around Badger noted that less than one percent of Wisconsin's more than 11,000 public water supplies have been tested for PFAS.

"Reducing exposure can significantly improve public health outcomes, but that only works if the public knows when their water is contaminated," said Olah.

Under the proposed regulations, the DNR will require testing of public water supplies every three to six years and more frequently for a smaller number of systems. Around 2,000 water systems would be monitored in a tiered approach beginning with communities of 50,000 or more about three months after the rule takes effect.

"It'll really help us figure out where we do have problems, where the affected utilities are, and then allow everyone to put our resources where we need to address this huge public health concern," said Nenn.

The DNR is hoping to present a final version of the proposed standards to the Natural Resources Board for approval in January. If the board signs off on the standards, they would then be submitted to Gov. Tony Evers and the Legislature for approval, with the goal of having regulations in place sometime next summer.