Paul Soglin's political career was launched more than 50 years ago at the end of a policeman's billy club.

Today, there are few who can match the Madison mayor's longevity in politics as he makes his first ever bid for statewide office in the governor's race, but it was Soglin's role in the "Dow Day" protest of Oct. 18, 1967 that initially set him apart.

Soglin was among hundreds of student activists who were protesting the University of Wisconsin-Madison's partnership with Dow Chemical Co., which made the napalm used in American bombs during the Vietnam War.

Protesters staged a sit-in at a Dow recruiting event on campus, and when police were called to clear the building, many students fled.

"Like an electric shock," Soglin said. "Suddenly my legs and my arms flew out. I lost control of them from the blows to the spine."

"As people were exiting, I suddenly found myself in the front row," Soglin said. "And four or five officers came at me."

Soglin has told the story countless times, but during a recent interview, he said he can still remember the way it felt when the officers struck him.

"Like an electric shock," Soglin said. "Suddenly my legs and my arms flew out. I lost control of them from the blows to the spine."

The violence spilled outside, and police deployed tear gas. Many students who observed the violence would say years later that those moments shaped their worldviews forever. They were angry, and motivated.

But the people who organized the Dow Day sit-in had fled. That's where Soglin stepped in. 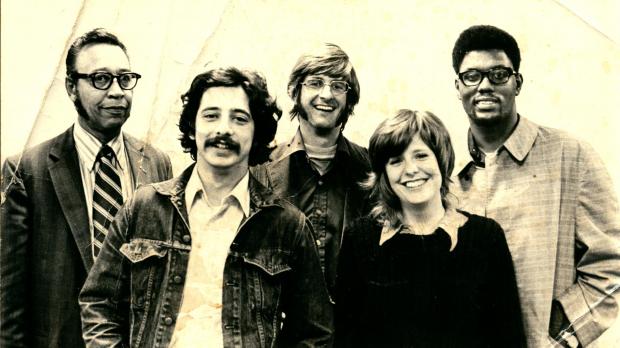 Paul Soglin, second from left, is pictured with other liberal members of the Madison Common Council in 1971. Arthur Pollock/Wisconsin Historical Society

The day after the Dow riot there was another protest, this one at the Wisconsin state Capitol.

"Then there was a leadership vacuum," said Ira Shor, who'd been active in campus politics with Soglin. "Since both of us were around, they somehow decided to choose us."

Soglin and Shor were chosen to address the crowd. He said Soglin was not flamboyant, but worth listening to.

"He's someone who always did his homework," Shor said.

Soglin seized the moment. His reputation spread, and on April 2, 1968, student voters helped him win a seat on the Madison Common Council.

Soglin built up his reputation as a radical. He was arrested twice during Madison's Mifflin Street riots in 1969, another event that featured violent clashes between young people and police.

Soglin was frequently at odds with then-Madison Mayor Bill Dyke, and in 1971, Soglin ran against him.

Soglin never even made it out of the primary, but he expanded his reach to new Madison neighborhoods and ran for Mayor again in 1973.

"Go out there and be nice. Don't be inflammatory. Talk about public transportation," Soglin recalled a pollster telling him in 1973.

He held events all over the city to persuade voters and said people showed up out of curiosity.

"You know, I didn't breathe fire or anything, but they might have seen me being interviewed on the TV and read about me in the papers," Soglin said. "And I was an oddity."

While Soglin garnered attention as a radical, he remembers the advice his pollster gave him in 1973: "Go out there and be nice. Don't be inflammatory. Talk about public transportation."

Soglin talked about a wide range of issues. His campaign literature from that year included sections on housing, urban planning, downtown development and the elderly, but made no mention of the Vietnam War.

"As we would say in today's environment, I stayed on message," Soglin said. "I stayed on point."

At age 27, Soglin won his first term as Madison's mayor. 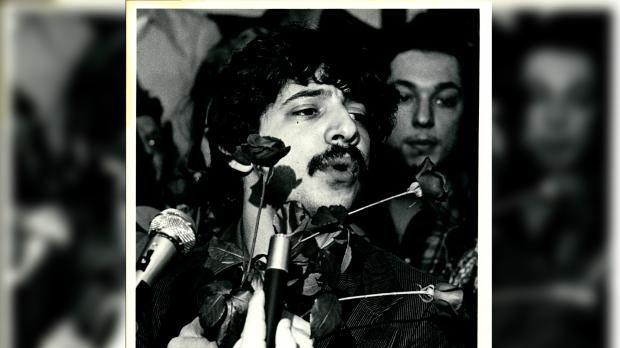 "The First, Second, And Third Empires"

What followed from there was a career that saw Soglin serve three stints in the mayor's office spanning 22 years over parts of four decades.

"The insiders refer to it as the first, second and third empires of Paul Soglin, the mayor," said longtime Soglin supporter and Madison Alder Paul Skidmore.

Skidmore said he became aware of Soglin immediately after moving to Madison as a student in 1970 and was impressed by his "dynamic," outspoken attitude.

But Skidmore said part of what has set Soglin apart as they became friends over the next several decades was his command of city issues.

"You can be talking to Paul, and you're wondering, is he getting this?" Skidmore said. "Then he'll take the conversation over. He has a thorough understanding of the issues, the details."

Soglin left the mayor's office the first time in 1979 only to run again 10 years later.

"I think he missed it," said Roberta Gassman, a top Soglin aide in 1989 who would go on to serve in Gov. Jim Doyle's cabinet years later.

"The people he brought into government, the relationships he established, the programs he launched and supported set a path for Madison, Wisconsin really becoming an award-winning, nationally-recognized, best-place-to-live community," Gassman said. 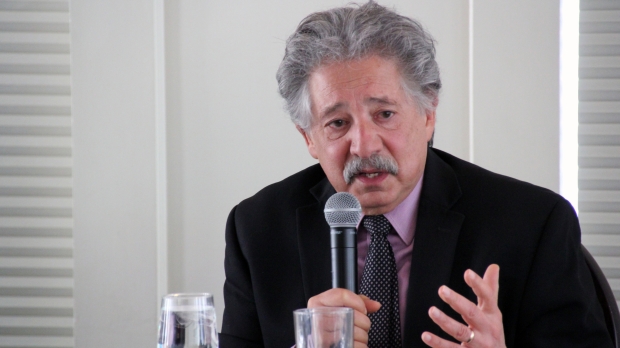 Soglin's "second empire" ended in 1996, when he ran unsuccessfully for Congress.

Soglin then made yet another bid for mayor in 2003. This time, he ran against Dave Cieslewicz and lost.

"From the beginning, I cast the whole election as past versus future," Cieslewicz said of the 2003 campaign. "I presented much more of an easy-going nature. Paul's intense."

Eight years later in 2011, the circumstances were different. Madison residents were again protesting, only this time it was over Republican Gov. Scott Walker's bill to restrict the power of public employee unions.

"People were looking for a fighter," Cieslewicz said. "And I can only do fighter so well. And Paul does it naturally."

A Contentious Return To The Mayor's Office

Soglin's current stint as mayor has been marked by a willingness to cross the Madison Common Council, and occasionally veto them.

He's been at odds with liberal alders, especially when it comes to how the city deals with its homeless population. Some alders view the one-time radical as too conservative, which provokes Soglin.

"I don't know who appointed them some kind of deity to decide what's liberal enough," Soglin said."

Cieslewicz, who said he no longer speaks to Soglin, said the mayor's approach these days likely helps him with city voters.

"You know, Madison's kind of a crazy place," Cieslewicz said. "Everybody's got an opinion, everybody shares it, and everybody thinks he can beat city hall. The thing about Paul Soglin is he does come across as a gruff, kind of unpleasant guy. And I think that's sometimes what people are looking for."

"I don't know who appointed them some kind of deity to decide what's liberal enough," Soglin said.

But it's unclear whether the same approach will translate to the rest of Wisconsin as Soglin makes his first run for statewide office in this year's governor's race.

Elements of Soglin's 1973 campaign for mayor are visible in his 2018 run for governor, from a lengthy explanation of where he stands on the issues to his insistence that the race will be won by talking one-on-one with voters, winning them over.

But there are nine Democratic alternatives in the race for governor, and when activists heard from all the candidates at the State Democratic Party Convention in Oshkosh this month, Soglin received just one vote out of nearly 800 cast in a straw poll.

"You've got activists," Cieslewicz said, "And they want to see a candidate working hard."

But Soglin's allies aren't ready to count him out. 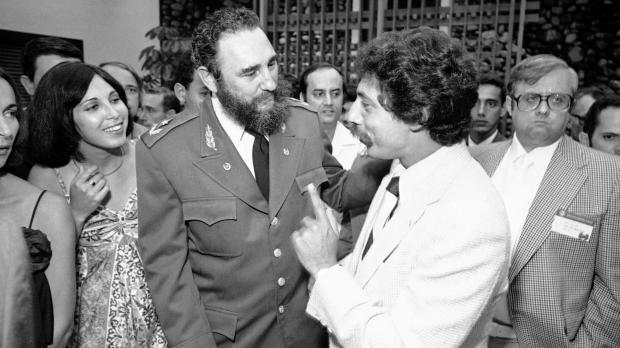 Soglin meets with Fidel Castro as part of a U.S. delegation to Havana in 1978. Charles Tasnadi/AP Photo

Gassman, who said she's staying neutral in this year's primary, said Soglin is his own person.

"He's certainly doing this his own way," Gassman said. "He's not going to follow a formula out of some political manual. That's just not his style."

Walker, the GOP incumbent, has said he would welcome a challenge against Soglin, calling him "an unabashed throwback to the 1960s radical liberal" and repeatedly sharing a picture on social media of Soglin meeting with former Cuban dictator Fidel Castro.

Soglin, who is now 72, contends the more people learn about his story, from the Castro visit to his days as a student radical, the more they like him.

"The more information people get," Soglin said, "I go up."