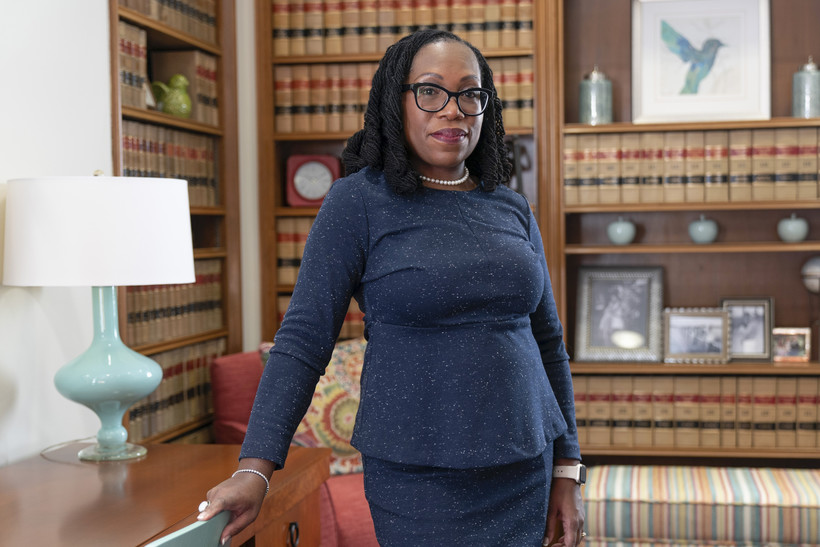 Judge Ketanji Brown Jackson, who is a U.S. Circuit Judge on the U.S. Court of Appeals for the District of Columbia Circuit, poses for a portrait, Friday, Feb., 18, 2022, at the court in Washington.President Joe Biden on Friday nominated federal appeals court Judge Ketanji Brown Jackson to the U.S. Supreme Court, making her the first Black woman selected to serve on a court that once declared her race unworthy of citizenship and endorsed segregation. Jacquelyn Martin/AP Photo

Former Speaker of the House Paul Ryan is supporting Ketanji Brown Jackson after President Joe Biden nominated her to serve on the U.S. Supreme Court on Friday.

Ryan, a Republican from Janesville, and Jackson have a family connection: Jackson's husband has a twin brother who's married to Ryan's sister-in-law.

In a tweet, Ryan said he was happy for Jackson, who's currently a federal appeals court judge in Washington.

"Our politics may differ, but my praise for Ketanji's intellect, for her character, and for her integrity, is unequivocal," Ryan wrote.

Ryan made similar comments after former President Barack Obama nominated Jackson to serve as a district court judge in 2012.

"I know she is clearly qualified, but it bears repeating just how qualified she is," Ryan said in a December 2012 confirmation hearing in the Senate Committee on the Judiciary.

If confirmed, Jackson would become the first Black woman to serve on the U.S. Supreme Court.

Ryan is one of a handful of Republicans supporting Jackson. Ryan represented Wisconsin's 1st District in the U.S. House of Representatives for 20 years and served as House speaker from 2015 to 2019.