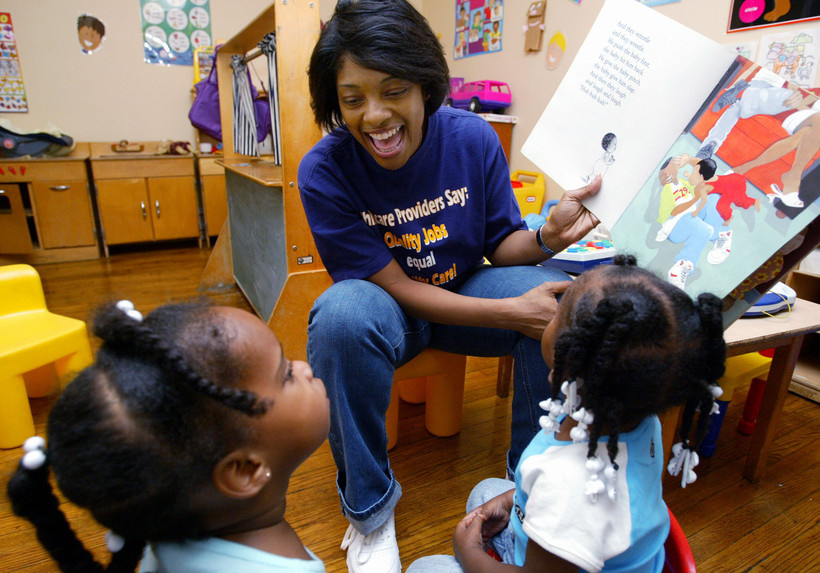 Parents and caregivers of young kids could have an easier time getting involved in local government under a new proposal in Sun Prairie.

In its budget discussion Tuesday evening, the city will decide whether or not to make child care available during all public meetings. The proposal is aimed at breaking down barriers to participation, and it could be something more communities around the state consider.

The proposal came from two members of the Sun Prairie City Council, Theresa Stevens and Emily Lindsey, who are the city's youngest council members and both have young children of their own. Lindsey said the idea is especially salient in Sun Prairie, a young suburb of Madison where the majority of residents are younger than 45.

"We see a big gap," said Lindsey, 37. "(There's) a lack from that demographic of participation in our local government."

The proposal would make child care available for 314 different city meetings throughout the course of the year, including council and committee meetings as well as city boards and commissions. It would cost Sun Prairie up to $23,012 per year and would make two child care workers available. Lindsey said it accounts for a tax increase of about $1.96 on the average Sun Prairie home.

If approved, child care would begin in January.

The council included the program in its budget proposal after a 5-3 vote in October. Lindsey and other advocates hope it encourages parents to participate in government, both by attending public meetings and by running for office or joining local boards themselves.

"We are trying to make sure that working families can both attend those meetings to speak their piece and then also to be active participants on those boards and commissions," she said.

Madison and Dane County are both reportedly considering similar proposals. Lindsey said a similar program in Ithaca, New York, is one of the nation's most established. And the idea has Wisconsin advocates in other communities around the state, as well.

Ashley Lange was 34 years old when she ran for Marathon County Board in 2018, and the single mom of a 3-year-old daughter, Jane. She said balancing work and parenting obligations along with being a public official was a "huge issue."

"As parents, we all have that guilt, anyway, about everything, all the time," Lange said. "There were several times that I questioned: 'Am I doing the right thing?'"

On meeting nights, she left work and picked Jane up from day care, then drove 30 minutes to the village of Athens to drop Jane off with Lange’s parents. She returned to Wausau for the County Board meeting, then went back to Athens after that for the night.

"It was like an hour and a half of driving just to have a place for her to go," Lange said.

Lange resigned from the board in October for an unrelated reason; she moved out of her district. But she said child care at public meetings could make a big difference.

"I think it will inspire more people to run for office who feel discouraged from doing so because of their family life," Lange said.