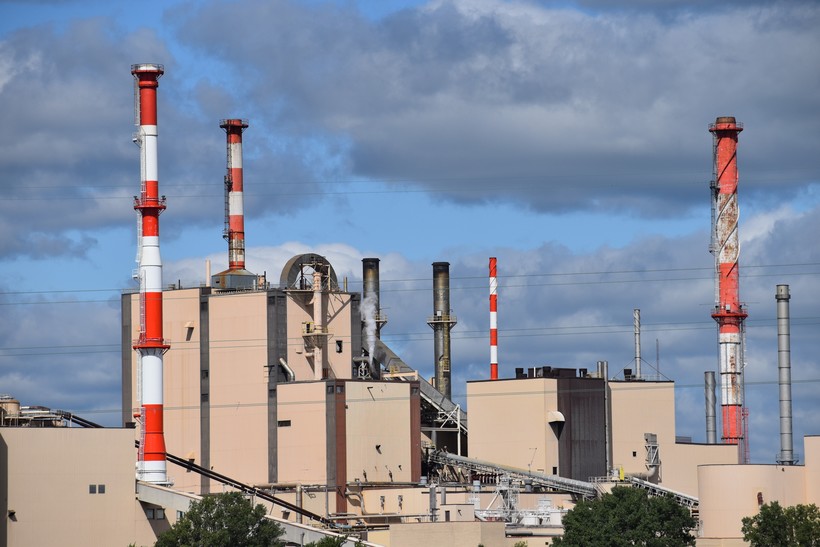 No vapor rises from the smokestacks of the Verso paper mill in Wisconsin Rapids. The company stopped production at the mill at the end of July, laying off hundreds of workers. Rob Mentzer/WPR

Idle Of Verso Mill In Wisconsin Rapids Put 900 Out Of Work In July
By Rob Mentzer
Share:

The owner of the largest paper mill in central Wisconsin has taken a "pause" on plans to sell the mill, leaving nearly 900 laid-off workers in limbo.

The mill, which is more than a century old, has long been central to both the economy and the identity of Wisconsin Rapids. In an earnings call this month, Verso’s CEO said the company has had interest in both mills and that it continues to pursue a sale of the smaller Duluth facility.

"We're slowing down, taking kind of a pause on Wisconsin Rapids because it's very difficult to deal with that mill in these times," said Verso's interim CEO Randy Nebel. The previous CEO of the Ohio-based company resigned in October.

Nebel added that "interest (in the Wisconsin Rapids mill) was not what we (think) will be available when times are a little better."

Those statements echoed a report a company executive gave in late October to the Wisconsin Rapids’ community task force on the mill. Members of that task force including state Rep. Scott Krug, R-Nekoosa, said then that they were shocked at the news, and they questioned whether Verso was being truthful about the dearth of potential buyers. Krug told the Wisconsin Rapids Daily Tribune the company was "playing games and acting in bad faith."

A panelist at a forum last week hosted by the Federal Reserve Bank of Chicago said the real issue may be that Verso doesn't want to sell the mill to a competitor.

"With the Wisconsin Rapids task force we heard that the interest has been there, although from a potential competitor in the (wood) pulp space," said Paul Fowler, the executive director of the Wisconsin Institute for Sustainable Technology at the University of Wisconsin-Stevens Point.

For workers, the upshot is more uncertainty about whether the mill will ever reopen. Some began seeking new jobs in the weeks after the mill went idle. But workers who were reluctant to move or deal with a lengthy commute have faced obstacles, and some hold out hope that they'll be able to return to their old mill jobs — under Verso, or a new owner. 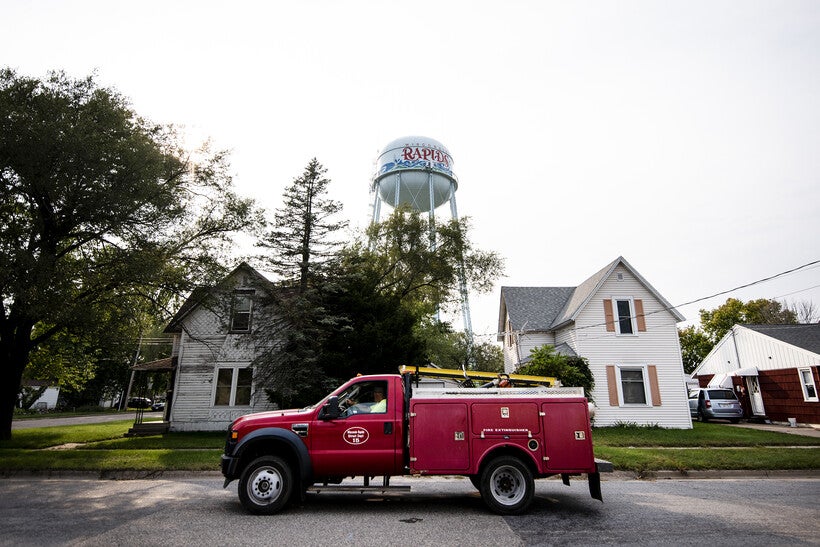 Politicians at all levels have sought to pressure Verso into action. In late October, Democratic U.S. Sen. Tammy Baldwin wrote to the company's board of directors to express concern that "a group of activist investors has gained seats on the board and is pushing decisions that benefit shareholders and executives at the expense of workers at the Wisconsin Rapids facility." Democratic U.S. Rep. Ron Kind in September announced that the workers would be eligible for Trade Adjustment Assistance, a federal benefit that provides workers with additional unemployment benefits and access to job training programs.

And Fowler noted that both Krug and state Sen. Patrick Testin, R-Stevens Point, had been outspoken about the company's role. They have "called out Verso’s stance with respect to the mill in terms of (its) game-playing and giving a bit of a run-around," Fowler said.

The economic impact of the mill’s shutdown has extended beyond Wisconsin Rapids, as well, in associated transportation companies and especially in Wisconsin’s timber industry. By volume, the Verso mill bought about 25 percent of all the wood sold in Wisconsin a single year. (Not all the timber it purchased came from Wisconsin.)

In its November earnings call, Verso also reported a $31 million loss, which it attributed to the idled mills and the cost of paying workers’ severance agreements.

Related Links:
Wisconsin Rapids' Paper Mill Was Its Identity. Now Laid-Off Workers Are Looking For Their Next Chapter.