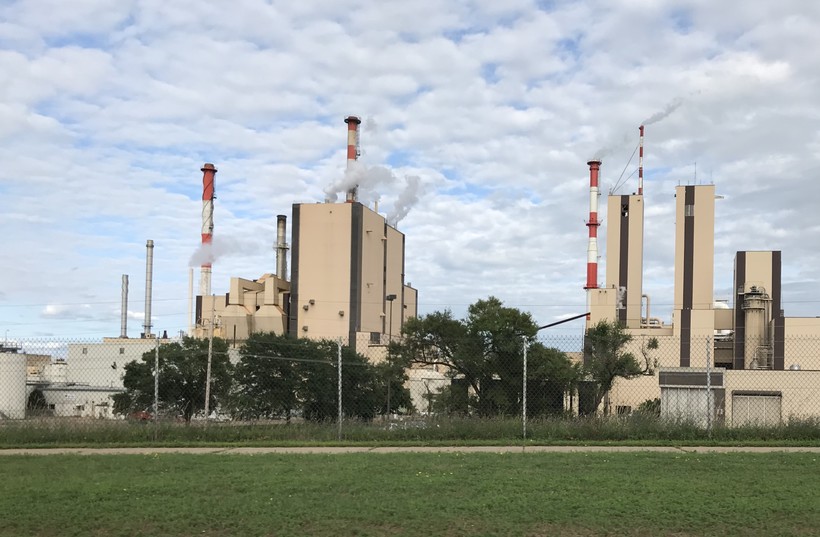 1K Workers To Be Laid Off As Verso Shuts Down Paper Mills In Wisconsin Rapids, Duluth

A central Wisconsin paper mill that has been in operation since 1904 will shut down by the end of July.

The Verso mill is the largest employer in Wisconsin Rapids. The Ohio-based company announced on Tuesday that it would bring production to a halt there, as well as at a mill in Duluth, Minnesota. The move will lay off some 1,000 workers, more than one-quarter of the company’s employees. More than 900 of those workers are based in Wisconsin Rapids.

The two mills will be idle, according to the company, as it begins "exploring viable and sustainable alternatives."

"We all have friends and family and neighbors who are employed at Verso, so it is very personal to all of us," said Wisconsin Rapids Mayor Shane Blaser.

Blaser and other central Wisconsin elected leaders have begun coordinating a response to the layoffs that includes work with the North Central Workforce Development Board and other agencies to help connect displaced workers with state and federal resources and potential new job opportunities.

Scott Suder, president of the Wisconsin Paper Council, said the global pandemic has led to a dramatic decline in demand for some paper products.

"COVID-19 has hit our industry, like many others," Suder said. "Many of our sectors have been hit, particularly the specialty paper sectors. There's been a tremendous decline as a result of COVID-19."

In the industry, printer paper and newsprint both fall into this category, as does the coated magazine paper produced at the Wisconsin Rapids mill. After the pandemic caused many offices to shift to having employees work from home, demand for these printer paper and other graphic paper products has cratered. A steep fall-off in advertising revenues has led to layoffs and reductions across the media industry, including for producers of glossy magazines.

Other parts of the paper industry, including manufacturing of toilet paper and packaging material, have seen demand soar amid the pandemic.

State Rep. Scott Krug, R-Rome, who represents Wisconsin Rapids and grew up there, in a statement called the closure "another horrendous side effect from (COVID-19)."

"My heart hurts today like it never has before," Krug wrote. "It is now my mission to provide as much opportunity as possible for these families to remain and thrive in Wisconsin Rapids."

In its statement, the company left open the possibility that the mills could restart production if demand returns. But they could also be sold or permanently closed. Blaser noted that the company made new investments in its Wisconsin Rapids facility just last year to upgrade equipments. That may mean the mill will be in a position to reopen, or that it could be a relatively attractive property if Verso tries to sell it. And Blaser noted that some other area mills have been repurposed from making paper, which has a shrinking market, to making cardboard boxes, which have a strong and growing market.

"Whether (the mill) is fired back up for paper operations or converted into another type of product, hopefully we can find a future sooner rather than later," Blaser said.

For now, though, he said the most urgent thing is to help the workers who could face months or longer out of a job upon closure. The Duluth mill will be shut down by the end of this month and the Wisconsin Rapids mill shutdown will follow in July.

Verso, then based in Tennessee, bought mills in Stevens Point and Wisconsin Rapids in 2015 when it acquired NewPage in a $1.4 billion deal. (It sold the Stevens Point mill this year.) The company has struggled in recent years. It declared bankruptcy in 2016 after what the company’s CEO called "an unprecedented decline in demand for our products (and) a significant increase in foreign imports." In 2017, the company formed a committee to explore the potential sale of some of its mills.