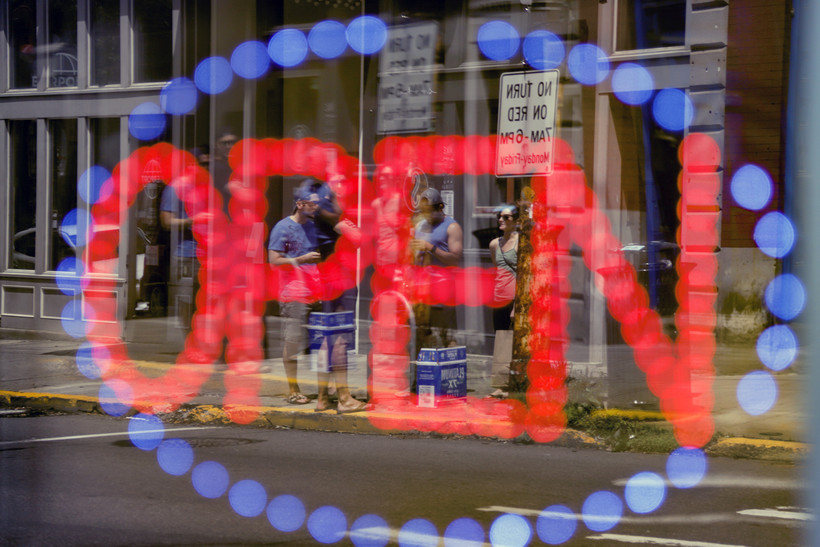 The reflection of people seen behind an "Open" sign in the window of a delicatessen, Friday, May 15, 2020, in Pittsburgh. Keith Srakocic/AP Photo

The pandemic created a boom of small businesses, but the road to success is filled with obstacles

Entrepreneurs seek help getting off the ground from business incubators across Wisconsin
By Christine Hatfield
Share:

When the COVID-19 pandemic hit, Chris Scherer found himself at a crossroads.

He'd been in events production for years, having started out as an entertainer before working his way up the ranks of the industry. At its peak, the company he owned was helping to put on hundreds of events a year throughout Wisconsin.

Scherer said there were ways the company could have survived, but ultimately, it closed in September 2020 after months of struggling to maintain payroll.

"It was a blessing in disguise. It was a way for us to exit the industry and just discover some much-needed time for ourselves," said Scherer.

But closing up shop was fraught with difficulties.

It was out of that experience that a new idea — and new business — began to take shape.

Scherer, like many people across the nation, took the pandemic as a time to reflect. For some, that meant following their passions and starting new businesses after losing or leaving jobs. But starting a business, and succeeding, is easier said than done.

It’s Scherer’s hope that his new gig, a consulting agency called 2020 Evolve will help people along the way.

"I figured there were enough other people like me who were owner-operators or small businesses where it's like, 'Man, if I could just clone myself, I would be able to get so much more done, and I'd be able to take the business to the next level,'" said Scherer. "I had taken my expertise ... and said, alright, there's got to be a way to help other businesses that need that extra hand."

Now, 2020 Evolve is celebrating one year in business.

"We are a company of like-minded entrepreneurs who have different skill sets, and we say, 'What is the best way for us to help you accomplish your goal?’" said Scherer. "What do you need as a business owner tomorrow that will help alleviate some of your stress?"

The pandemic as a turning point

The changes wrought by the COVID-19 pandemic have driven thousands of people across Wisconsin to start their own small businesses. And as a result, business incubators in the state have stepped in to help entrepreneurs survive and thrive.

"I think (the pandemic) served as a turning point for people to reassess their lives and what they're doing, and to live their dream a little bit more fully and know that they don't have tomorrow promised," said Kate Koziol, an economic development specialist with the Southwestern Wisconsin Regional Planning Commission. "I think it's transformed us. We're never going to be, you know, what it was before, but I think we can make it better."

Business applications in Wisconsin reached record levels last year and remained high into 2021, according to U.S. Census Bureau data on business formation. In July 2020, the bureau noted 6,930 applications for businesses in Wisconsin after seasonal adjustments. The most recent data, for October of this year, shows 5,395 applications, still well above pre-pandemic levels, which averaged around 3,623 applications between January 2019 and February 2020.

Starting a business doesn't guarantee an idea will get off the ground, though.

The Kauffman Indicators of Entrepreneurship indicate in 2020, 9.41 percent of new businesses nationwide made their first payroll within eight quarters of applying for a EIN, or Employer Identification Number, with the IRS. That's down from 20.65 percent in 2005. Wisconsin has followed a similar trend.

Tessa Conroy, an assistant professor of agricultural and applied economics at the University of Wisconsin-Madison, said she'll be curious to see how many new businesses end up lasting.

"I will definitely be keeping an eye out to see, you know, do those turn into real operational businesses?" said Conroy. "Is it the case that if the economy, you know, expands, and there are opportunities for people to go back to their old positions, might some of this entrepreneurial activity fade if people go back to what they were doing before?"

Many new business ideas are still in the planning stages, and face struggles ranging from funding to marketing.

Colleen Merrill is the associate state director of strategic operations with Wisconsin's Small Business Development Center, or SBDC. She said even preexisting small businesses are facing challenges having to do with labor and supply chain struggles.

"There's not an end in sight," said Merrill. "It's going to take another year to two years for things to start moving again."

Merrill said Wisconsin ended 2020 with fewer companies than it started with, even taking into account the boom in new businesses in the latter half of the year. And small businesses were among the most affected by closures.

"Those are your main street local entrepreneurs, businesses that are employing, you know, a couple of families," said Merrill. "Those are the ones that I think really hurt."

Despite what new businesses are up against, SBDC goes on supporting businesses looking to build a solid foundation.

"Our goal is to help move them to the next step," said Merrill. "We are the boots on the ground. We are the ones that are doing the day-to-day work answering the phone calls, showing up and taking care of and finding connections and resources for all of our companies."

The SBDC helped Scherer, the 2020 Evolve founder, get his idea off the ground.

"I wish I had known about them earlier in my other business endeavors, because they are such a great tool," said Scherer. "It's even a great tool for us as we consult with other small businesses to say, 'We might be a little out of our wheelhouse on this, but here is a resource that you can go to and it is going to help you get through that business journey.'"

Miracle Martin has been working with gener8tor in Milwaukee to get her business idea Paradise Picnics set. She said she's been looking for funding to start the business.

"It's a big difference when you're actually starting to build the business," said Martin. "Designing on paper, it's fine, but learning the language of business or learning how to talk to different partners and customers has been a learning experience for me."

Martin said her idea is a matter of improving on an experience and making it even more fun. Paradise Picnics would provide an enclosed space for a variety of outings and gatherings.

"Every time I'm thinking of starting a business or opening up a business, it's always like, how can I make an experience for people?" said Martin. "I feel like we need more stuff in the city, so one of my hopes is that people will celebrate and actually use this type of business."

Joshua Graybow's startup MemberBased completed gener8tor's gALPHA accelerator program. He said his business is a recruitment program that helps student and professional organizations connect with employers as part of the hiring process.

"It's been very, very hard for people to find workers, and it's been even harder to find workers from certain (underrepresented) communities," said Graybow. "There's been a lot more push for alternative ways to source people, and so that's why we're kind of hoping to latch on to that." 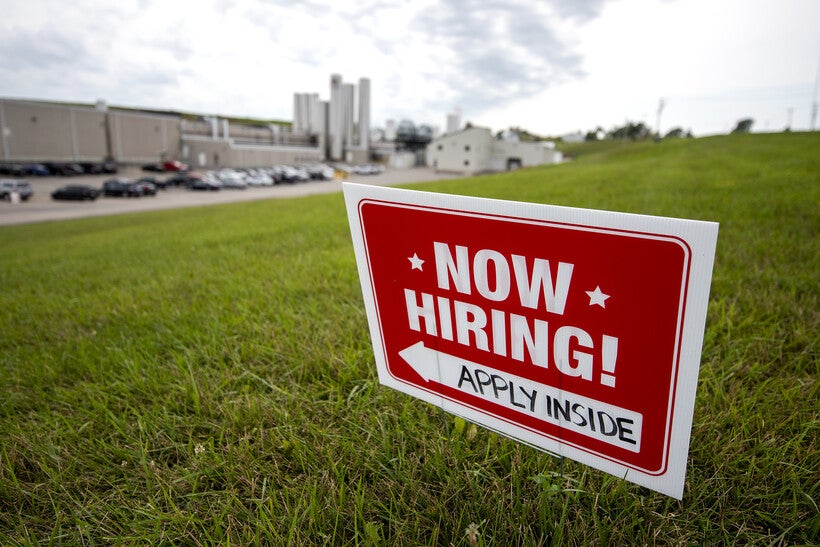 The platform launched in the last couple months. Graybow said eventually, he wants to get hundreds of thousands of people and jobs on the web app. At this stage of the business, he said he’s planning to try several different strategies and see what works.

"That's really all you can do," he said. "There's no formula to success, it's a lot of trial and error."

But one thing Graybow suggests every new business owner do is create a strong network.

"Having kind of a large network of people that you can rely on will really make it so you're more likely to succeed," he said.

But he cautioned that networks need to be maintained and built organically. "When you rely on the people you need when you need it — instead of going out ahead of time and just developing a network — it just makes you come off as very like, 'I need this to survive' versus 'what can I do to help you?'"

As for Scherer, he said he'd love to see more businesses operating out of Wisconsin's smaller cities.

"You don't have to be in a Madison or Milwaukee or an Eau Claire or Appleton, Green Bay, whatever,” said Scherer. “You can still do that on the outskirts and you can still maintain character and charm and have a very successful business."

He said if he could, he would "always" shop Wisconsin businesses first.

"I would be the happiest person if I was walking down Main Street and every storefront was full," said Scherer.

Scherer said on the worst days, "it's going to be emotionally draining." But he still encourages people trying to get their ideas off the ground to keep striving toward their goals.

"If you want a certain future, you have to create it. Otherwise, you're just going to be along for somebody else's journey," said Scherer.