The Green Bay Packers will have something to prove Monday night when they take on the Detroit Lions at Lambeau Field.

Last year, the Packers hosted Monday Night Football at an empty stadium, and they entered the matchup — against the Atlanta Falcons — undefeated and averaging more than 40 points per game. This time around, it’ll be a very different scene in Green Bay, with fans back in Lambeau Field and the Packers coming off a blowout loss to the New Orleans Saints.

Despite Green Bay’s Week 1 woes, the Packers are heavy favorites to beat the Lions. Green Bay has won its last four games against Detroit.

The Lions have a "completely new regime" in place, said Packers head coach Matt LaFleur. During the offseason, they traded quarterback Matt Stafford for replacement Jared Goff and a handful of draft picks.

"I don’t even think you can compare the two," LaFleur said, when asked about Goff and Stafford.

The Lions also have a new head coach in Dan Campbell and a new general manager, too. 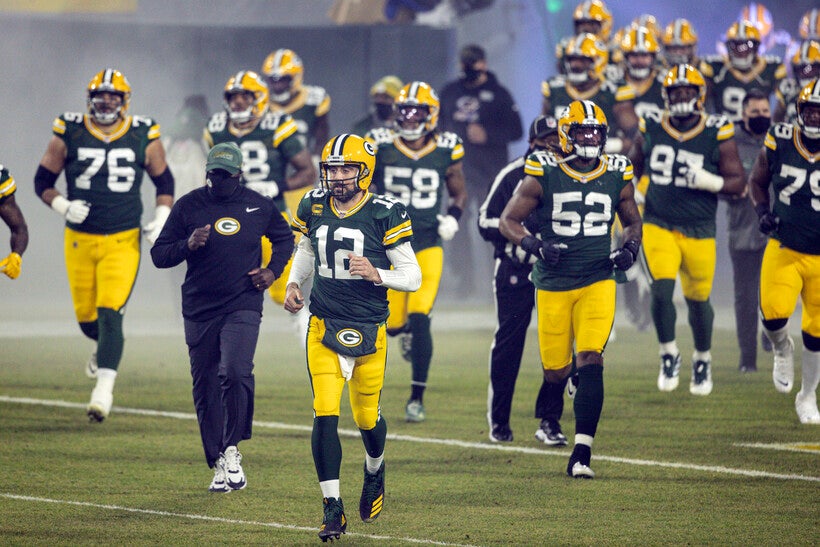 In this Dec 19. 2020, file photo, Green Bay Packers' Aaron Rodgers(12) runs out with teammates during an NFL football game against the Carolina Panthers in Green Bay, Wis. After a tumultuous offseason in which his future with the Packers appeared in doubt, reigning MVP Aaron Rodgers is ready to begin his 17th – and perhaps final – season in Green Bay. Jeffrey Phelp/AP Photo

On the heels of consecutive NFC title game appearances, the Packers entered the season with high expectations. They’ll look to bounce back Monday night. One big test will be whether Green Bay can get its run game going. The Packers had just 43 rushing yards against the Saints.

Quarterback Aaron Rodgers acknowledged that he played poorly against New Orleans. But the Packers haven’t lost consecutive games since 2018.

The weather could impact the end of the game, with thunderstorms forecasted to reach Green Bay after 10 p.m.

Fans Should Expect Some Changes At Lambeau Field

The team welcomed reporters to Lambeau Field last week to talk about changes to the fan experience.

All Packers tickets are now mobile. The team is adding pregame festivities and asking fans to arrive early as they get used to the new entry process. Fireworks will go off an hour before the game, and the Packers will unveil a new player introduction runway Monday, said Gabrielle Valdez Dow, vice president of fan engagement.

"We want our fans and our season ticket holders to really help the team win and be successful on the field," she said. 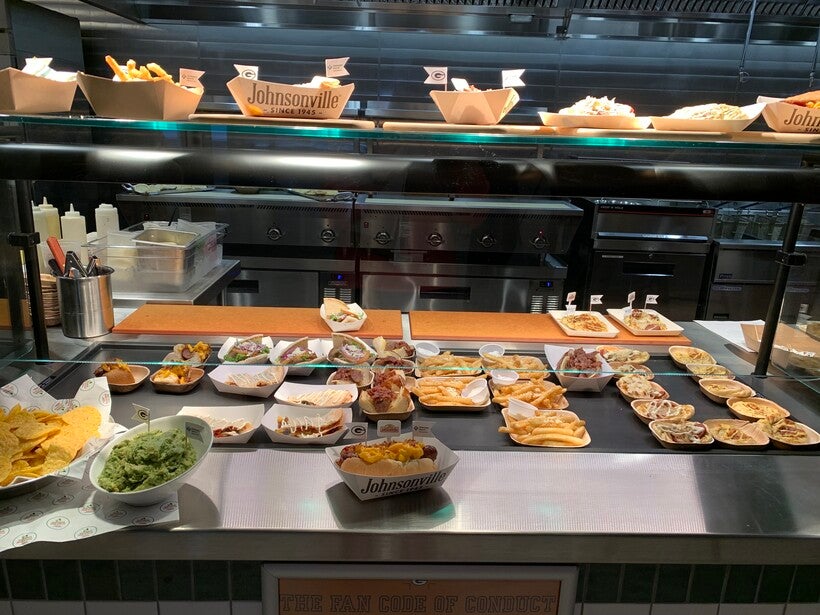 It’ll make a difference to once again have a stadium full of Packers fans, LaFleur said.

The Packers had success with mobile ticketing during the preseason, said Director of Public Affairs Aaron Popkey. Fans should have their tickets downloaded before lining up to enter, he said. Lambeau Field is also cashless now.

When entering the stadium or purchasing concessions, lines might be a bit longer than normal, Popkey said. The Packers are continuing to hire gameday staff.