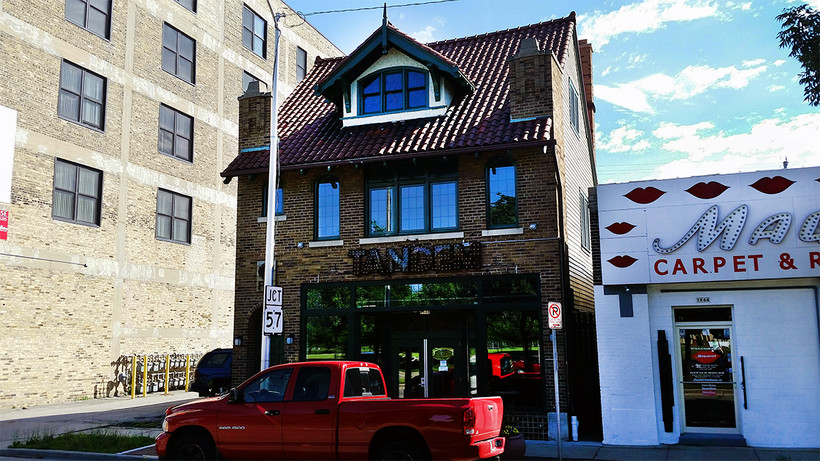 The path to big improvements in energy efficiency often starts in the basement, and that's true at the former Wally Schmidt Tavern near downtown Milwaukee. Developer Juli Kaufmann recently led visitors downstairs in the building to talk about what's happened since her coalition of investors bought the foreclosed site about 18 months ago.

"We inherited basically, ineffective, unusable dinosaur stuff from like the 1930s. And what you can see now, here in the basement, is a super energy-efficient furnace, which provides effective heating to the building at much more delivery efficiency," Kaufmann said.

The three-story building has a new, more efficient water heater, upgraded windows, LED lighting, more insulation and a green roof. The improvements cost about $150,000, which Kaufmann said are about 20 percent of the overall project price tag.

"In the scheme of things, the incremental value to get the greater efficiency was not a huge leap," she said. "But it was certainly a strain on the project and having this kind of financing really closed that piece of the gap."

The financing Kaufmann mentions comes through the Milwaukee version of a national initiative called PACE, or Property Assessed Clean Energy.

Kaufmann will use her annual energy savings of about $10,000 to pay the loan back over up to 20 years through a special assessment on her property tax bill. The city of Milwaukee then sends the money to a local private lender, PACE Equity, that provided the funding.

As the federal government is backing away from international efforts to save energy and reduce emissions that contribute to climate change, a growing number of local governments in Wisconsin are getting behind the private loan program that helps homeowners and businesses install energy efficient and renewable energy devices.

According to Milwaukee's environmental sustainability director, Erick Shambarger, eight redevelopment projects worth $13 million have used PACE. He said the program is a great way to revive historic buildings and address climate change.

"Regardless of what you feel about the politics of all this, we're helping building owners cut waste, become more efficient and invest in the building itself, rather than something as ephemeral as energy," Shambarger.

PACE Equity's Nicole Robben said there's always some uncertainty when you give out money. In Kaufmann's project, for example, the building had been foreclosed and vacant.

But, Robben said, "We believed in the mission of the revitalization of this building. We saw what systems she was putting in place, we saw the energy efficiency."

Investments in energy efficiency also pay off with some customers, such as those dining at a restaurant called The Tandem, which occupies the first floor of the former tavern.

Patron Venice Williams said the food is great, and so is the building going green.

"Everything matters in this community, the people, how we honor sun and moon and all the natural resources available to us, how we recycle, reuse and rebuild," Williams said.

Milwaukee was the first Wisconsin community to start using PACE in 2013. State legislation made a slightly different version of the program available elsewhere and 18 counties now have PACE, with four signing on just in the last two months.

University of Wisconsin-Extension energy program manager Sherrie Gruder acknowledges three-quarters of Wisconsin counties still aren't in the program. But Gruder said she thinks she knows why.

"You can't become part of PACE, unless you pass a resolution. You know, the wheels of government turn slowly," Gruder said.

Gruder helped spread the word about PACE and other local financing options for saving energy during a workshop this month at the Midwest Renewable Energy Fair near Stevens Point.