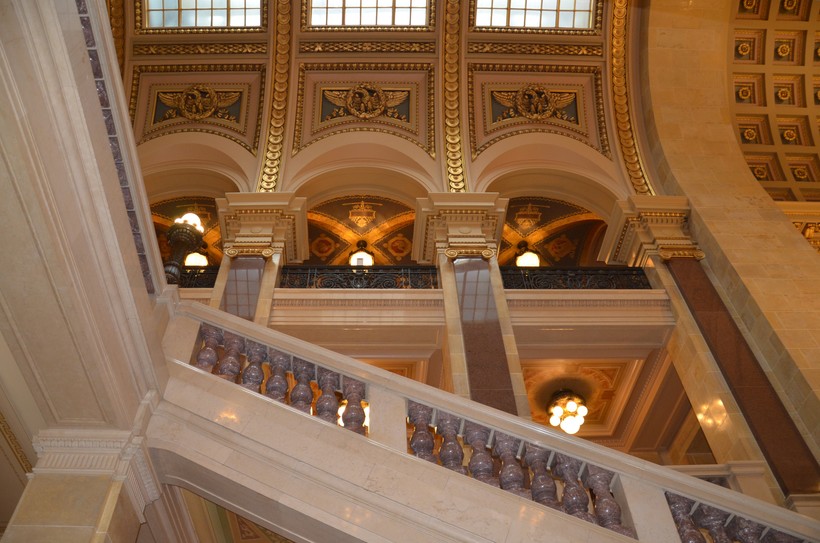 One of the Government Accountability Board’s original appointees marked the board’s final meeting on Friday by sharing a benediction for the future of ethics and elections oversight in Wisconsin -- and some thinly veiled political statements.

Judge Gerald Nichol wrote the benediction, laid on the table next to the board's meeting agenda on Friday morning.

In it, he gave thanks for the board's members and staff. He also included a not-so-subtle reference to the role of the so-called "John Doe 2" investigation — a probe into whether Gov. Scott Walker's campaign illegally coordinated with conservative groups — in the board's eventual abolishment.

"The Board fulfilled its duty to conduct a nonpartisan search for truth," Nichol wrote.

Some Republican lawmakers didn't agree, claiming bias in board's role in the investigation. That led to legislation, signed last year by Walker, eliminating the board.

Nichol also wrote he prays that the public "comes to its senses" regarding the state Supreme Court ruling that ended the investigation.

"You can coordinate for anything … and none of it is accountable in terms of expenses, or who is giving the money -- and that’s really, reallly sad," he said in an interview on Friday. "What I think it invites is 'pay to play.'"

Nichol added he’s "disappointed" by the Legislature's choice to abolish the board, and is concerned about gridlock in the two partisan-appointed commissions that will replace it.

"To have this happen, I really feel the people of Wisconsin are losing out," he said. "You need a watchdog, and it has to be straightforward and not favoring any party, or any individuals."

The Elections Commission and Ethics Commission, which are made up of an equal number of partisan appointees, have already held their first meetings. They will replace the GAB on June 30.

Editor's Note: An earlier version of this story featuring Associated Press Content has been updated with original reporting.