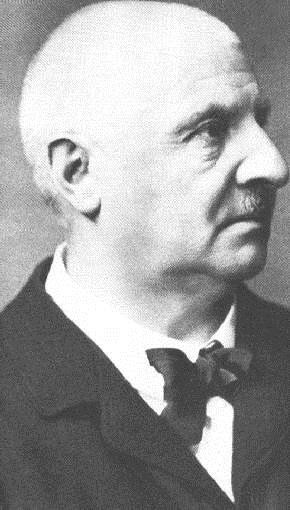 Out of the Jaws of Victory

Perhaps it was an omen. Wagner had agreed to accept the dedication of Anton Bruckner’s new symphony. They had spent a day together, drinking beer and talking music. It was one of the happiest days of Bruckner’s life--until he forgot which symphony he was supposed to dedicate–the second or the third?

After a little maneuvering, Bruckner determined that it was the third, a symphony in D minor that would become the Wagner Symphony.

Bruckner had conducted his second symphony in Vienna in October 1873, and it was well received by audience and critics alike. But in 1875, Vienna Philharmonic musicians attempting the Wagner Symphony declared it unplayable, and Bruckner revised it thoroughly. Its debut was set for  December 16, 1877.

Just before the day of the concert, the conductor died suddenly, forcing Bruckner to take on the job of presenting it to an eager public. Wagner was very sparing with his praise of his fellow composers, but, arriving in Vienna in 1875, he had told Bruckner at the train station, “This symphony must be performed.” Then he turned and announced to the crowd, “There’s Bruckner. He’s my man.”

The performance turned out to be one of the worst experiences in Bruckner’s life.

For reasons that never became clear, at the end of each movement, large numbers of the audience broke for the exit, “fairly ran away” according to one account, so that during the finale not more than a dozen people remained in the hall.

At the end of the concert, the musicians got away as quickly as possible, leaving Bruckner alone on the podium with his music, casting a pained glance around the empty hall.

A few of his friends and students approached him to offer encouragement, among them a young Gustav Mahler, but Bruckner waved them off. One of the last to go was a publisher who issued the Wagner Symphony at his own expense.