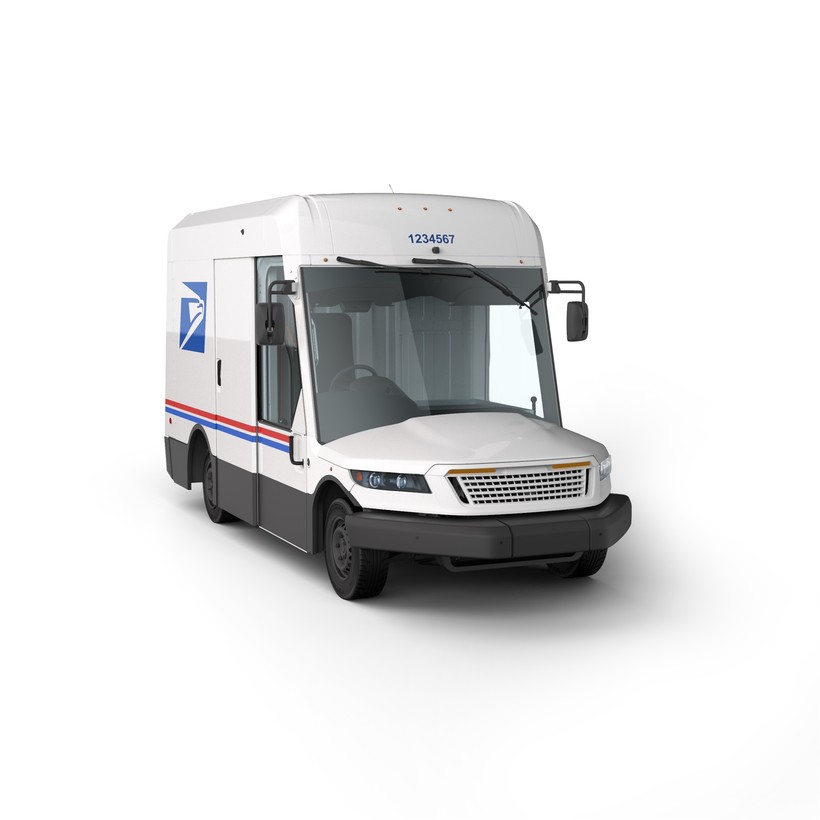 Oshkosh Defense reportedly sought an agreement to build U.S. Postal Service delivery vehicles at a Foxconn building in Racine County, but that was rejected by the tech manufacturing giant. Instead, the project and an estimated 1,000 employees will be located in South Carolina.

The Milwaukee Journal Sentinel reported Monday that Republican U.S. Sen. Ron Johnson told reporters on Feb. 18 that Oshkosh Defense inquired about renting a Foxconn building in the Village of Mount Pleasant, however the companies were not able to reach an agreement.

In an email sent Monday to Wisconsin Public Radio, Johnson's spokesperson Alexa Henning referred questions about the senator's prior comments to Foxconn and Oshkosh Defense.

"The Senator spoke with both union leaders and Oshkosh Corporate management to gather more information on the status of the contract and employment in Wisconsin," Henning wrote.

The statement continued to claim "the biggest threat to Oshkosh Corporation jobs in Wisconsin is a Democrat and Biden Administration effort to reevaluate the contract based on environmental concerns" over the percentage of electric vehicles.

In February 2021, USPS announced it awarded a $482 million contract to Oshkosh Defense to build at least 50,000 delivery trucks.

In a statement emailed Monday to WPR, Alexandra Hittle, Oshkosh Defense director of communications, said the company "evaluated multiple sites in multiple states, including Wisconsin" for producing the postal service's Next Generation Delivery Vehicle. The statement didn't reference any attempts to lease a Foxconn facility but said the decision to build the vehicles in Spartanburg, South Carolina was due to an existing facility that was best suited to meet requirements of the federal contract.

"With the support of several local economic development corporations, we looked throughout Wisconsin to find an existing building that was large enough to build this vehicle," Hittle said. "The manufacturing space needed to be larger than any of our existing facilities — a minimum of 825,000 square feet. Wisconsin simply did not have any available buildings that could meet NGDV program requirements and given the strict timing requirements of this program, building a new facility was not feasible."

Among the buildings at Foxconn's development in Mt. Pleasant is a near 1 million-square-foot manufacturing facility. The company originally proposed a facility that would manufacture high-tech LCD monitors with up to 13,000 workers. In return, the Wisconsin Legislature and former Republican Gov. Scott Walker approved a $3 billion incentives package for Foxconn.

Over the years, the tech giant's plans for its Wisconsin hub changed, with Foxconn touting plans to manufacture electric vehicles, automated coffee kiosks and ventilators. None of those plans came to fruition.

In April, Foxconn reached a new deal with Democratic Gov. Tony Evers and the Wisconsin Economic Development Corp. offering $80 million in tax breaks in exchange for 1,454 jobs by 2024. In December, the company received nearly $30 million in state aid.

State Rep. Gordon Hintz, D-Oshkosh, is a member of the WEDC Board of Directors. He said he would have loved to see Foxconn and Oshkosh Defense come to an agreement on the USPS vehicles that could have resulted in 1,000 jobs in Racine County. He questions whether Foxconn might have insisted on manufacturing the postal vehicles itself rather than letting Oshkosh Defense operate inside its building.

Hintz said WEDC made a good effort to showcase potential manufacturing facilities for Oshkosh Defense and has a hard time believing the company couldn't find an adequate location in Wisconsin.

He said the current contract with Foxconn will make local governments whole, whether anything is built at the Mt. Pleasant campus or not, so long as the company makes its tax payments.

"I think if two years pass and there's nothing in that million-square-foot facility when we could have been producing postal trucks, you know, under this contract, we'll look back at it as a missed opportunity," Hintz said.

On Wednesday, the Racine County Board and Mount Pleasant Village Board met for its first public update on the Foxconn project since 2019. Officials stated the village is seeking other companies to occupy the site.

"I don't think Foxconn originally wanted to be a landlord. And of course, I don't think we want to see apartments built or a golf course built or something on this property that you know," Hintz said. "It's certainly a big parcel of property with a lot of overbuilt infrastructure with great transportation systems and a major market with the Chicago and Milwaukee area. It has the potential for something big."

Officials with Foxconn and Mount Pleasant did not respond to requests for comment for this story.

A statement emailed to WPR by WEDC spokesman David Callender said the organization doesn't comment on discussions with businesses "unless and until a contract has been approved."