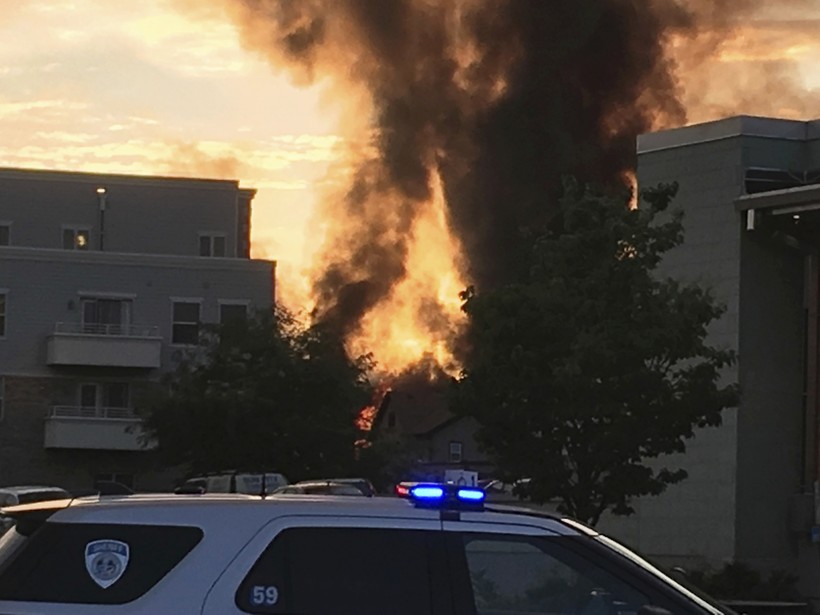 A large plume of smoke from a massive fire is seen in Sun Prairie, Wis., Tuesday, July 10, 2018. Witnesses said the fire broke out after a loud boom Tuesday night shook the community. Police blocked off downtown streets from traffic and onlookers. Todd Richmond/AP Photo

Both Companies Fined For 'Serious Safety Violations'
By Bridgit Bowden and The Associated Press
Share:

Federal safety regulators have cited two contractors for failing to locate a gas main that exploded during work in a Madison suburb last July.

A statement from the Occupational Safety and Health Administration says Kansas-based Bear Communications and Michigan-based VC Tech have been issued serious safety violations. They now face fines of $12,934 each – the maximum penalty allowed.

The citations say that neither contractor contacted We Energies, which owns the line, or the Digger's Hotline.

The companies have 15 business days from the day they received the citation to comply with the fine, request a conference with OSHA, or contest the findings.

Last month, authorities announced that they would not seek criminal charges for the incident.

Barr's widow has filed a wrongful death lawsuit, and two other firefighters who were injured in the blast have filed civil suits.