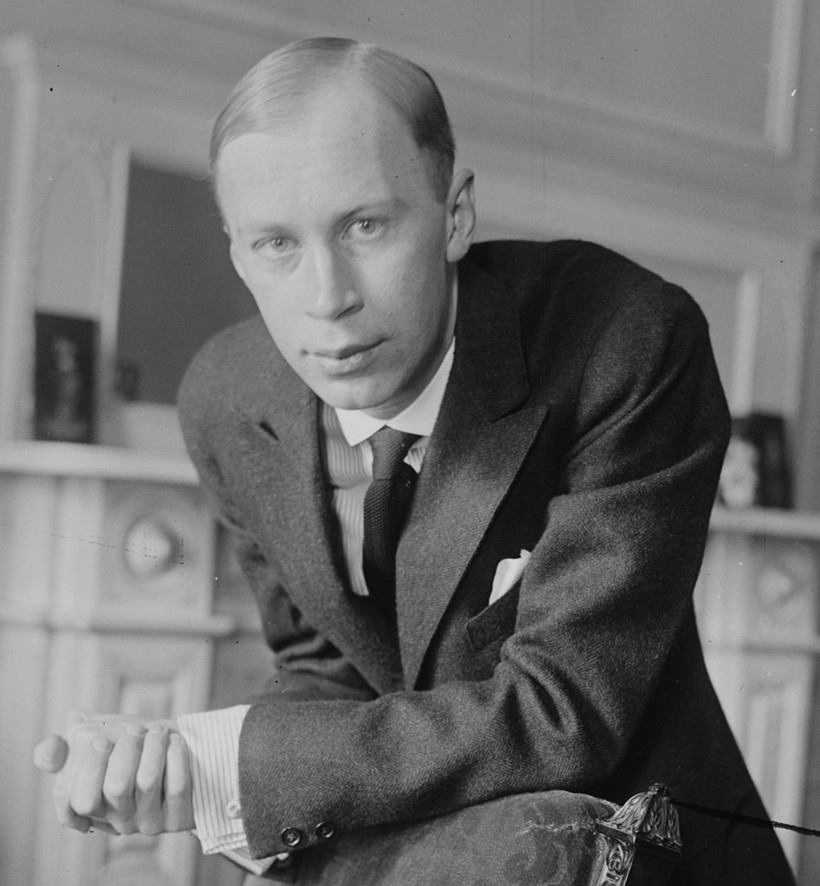 Sergei Prokofiev's previous trip to America had not gone very well.  The critics had panned his piano pieces and playing as "Bolshevism in art" and "the epitome of Godless Russia."  Worse, he had become known as a performer with a mechanical style.

Right away his plan ran into trouble.  Preparations for the opera's Chicago debut were running behind schedule and word got out that a small fortune was being spent on its production.  On top of that, an orange-growing company offered to advertise the opera as the inspiration of someone with a fondness for their oranges.  Prokofiev turned down the offer and the resulting publicity overshadowed both the Third Piano Concerto and the opera.

[Then, as the day of the debut drew near, Prokofiev realized that the stage director was a dud so he went backstage and explained their parts to the soloists and told the chorus how they were to sing.

The stage manager flew into a rage.  "Who's in charge here?" he stormed, "you or I?"

When the opera finally was performed its humor found the mark.  The Chicago audience not only laughed, they went away humming two hit tunes--the scherzo and the celebrated march from Act 2.

But not so in New York.  The press tore into Prokofiev and his Three Oranges.  Prokofiev summed up his American experience by saying, "I was left with a thousand dollars in my pocket, a bad headache, and an overwhelming wish to get away to some quiet place where I could work in peace."

He had also made it easier for the next "modernists" to come to America.  And for himself.  The next time both he and America would be better prepared.