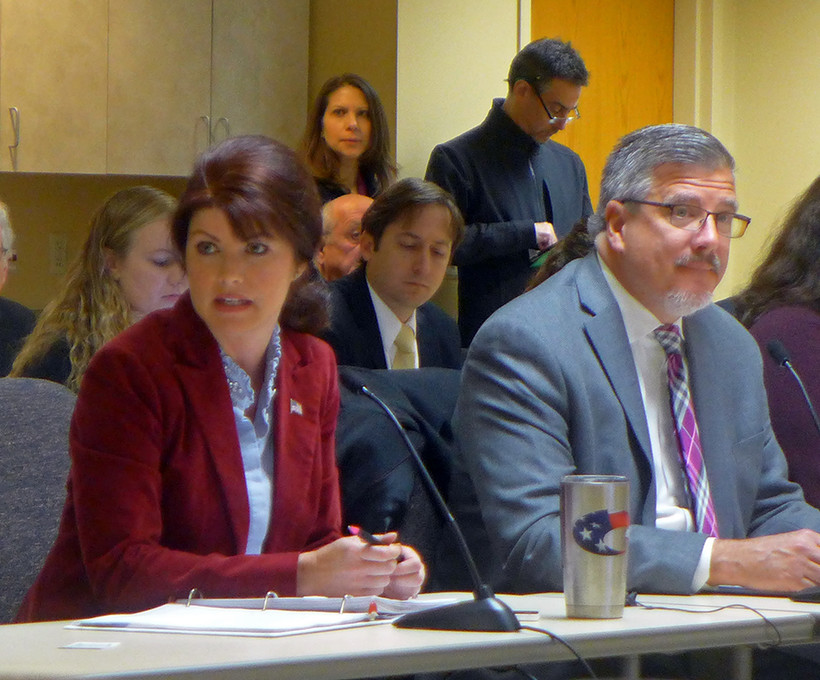 17M Fewer Opioid Doses Over 3-Month Period; But Some Question Whether That's Enough As Epidemic Worsens
By Shamane Mills
Share:

While state data shows that fewer doses of opioids are being prescribed, deaths from opioid overdoses continue to rise.

As the opioid epidemic worsens, members of Gov. Scott Walker's Task Force on Opioid Abuse wonder whether the medical community is responding to the crisis quickly enough.

Circuit Court Judge William Domina is one of those task force members.

As a judge overseeing a drug court in Waukesha County, Domina hears about children born addicted to opioids and their parents dying of drug overdoses. And nearby Milwaukee County is on track to have 500 overdose deaths this year, a figure he calls "shocking."

"We don’t have time. There’s an old saying in the legal system: bad facts make bad law. And we have horrific facts that are happening not just in Wisconsin but in this country," Domina said Friday at a meeting of the task force. "There is inordinate pressure and it’s going to result I think, in Draconian policy proposals which may be unfair but are predictable. So if the medical community wants to avoid those, they have to accept they are a prime participant," said Domina.

Doctors on the task force say they are educating their members about alternative pain medications and the proper use of opioids.

"An opioid limit is not the answer. The answer is to change the prescribing practices to deliver what the patients need," said task force member Dr. Timothy Westlake. He urged against government intervention.

One lawmaker and task force member agreed but expressed frustration with efforts to control the epidemic.

"I don’t want to legislate this. It’s not wise. We need to address this now," said state Rep. Jill Billings, D-La Crosse.

The rate of opioid deaths in Wisconsin has nearly doubled in the last decade, due in part to overprescribing.

"I’d argue one of the significant causes was the shift in the pain scale and pain as a fifth vital sign," said Westlake. Previously, the American Academy of Family Physicians also expressed how concern over pain management in the late 1990s helped create an opioid epidemic.

"We have an attitude towards pain that it's totally unnecessary to feel pain," said Bewley. And once patients have pills they are sometimes reluctant to give them up; even if they no longer feel pain, she continued.

"We have these prescription drug take back days but do we always participate in those?" asked Dr. Charles Schauberger of Gunderson Health during a presentation to the task force. "Or do we want to keep our medicines available so that if I injure my back playing basketball will I have some opioids available so I won’t have to run to the doctor to get them?"

Westlake told the group changing patients' perceptions on opioids may be the place to start.

"If we don’t change the cultural expectations of patients, (overprescribing) is not going to get fixed," Westlake said. But he also said doctors need to rethink opioid use. "The whole premise that chronic pain is treated well with opioids is false. I mean that’s the fallacy the medical community bought 20 years ago."

One of those guidelines includes requiring doctors to check prescription databases when prescribing opioids. It’s designed to prevent patients from getting multiple opioid prescriptions from different doctors; so-called "doctor shopping."

Statistics from Wisconsin’s Prescription Drug Monitoring Program indicate that from April 1 to June 30 of this year, 17.5 million fewer opioid doses were dispensed. That’s a nearly 12-percent drop from the same time last year, according to the Wisconsin Department of Safety and Professional Services.

Not only are doctors required to use the database, its been tweaked so its easier to use.

"The PDMP used to take four-and-a-half minutes for me to get data on what I wanted to see. I had a patient last week; it took me only four seconds … When you (pass a law) that (prescribers) have to check the PDMP and it takes four minutes to do it its just not going to happen," said Westlake.

The task force was created by Walker under Executive Order 214 and will continue to meet to discuss best practices for curbing the opioid epidemic in Wisconsin.

Correction: An earlier version of this story incorrectly cited a drop in opioid prescriptions. The figures apply to individual doses, not prescriptions.