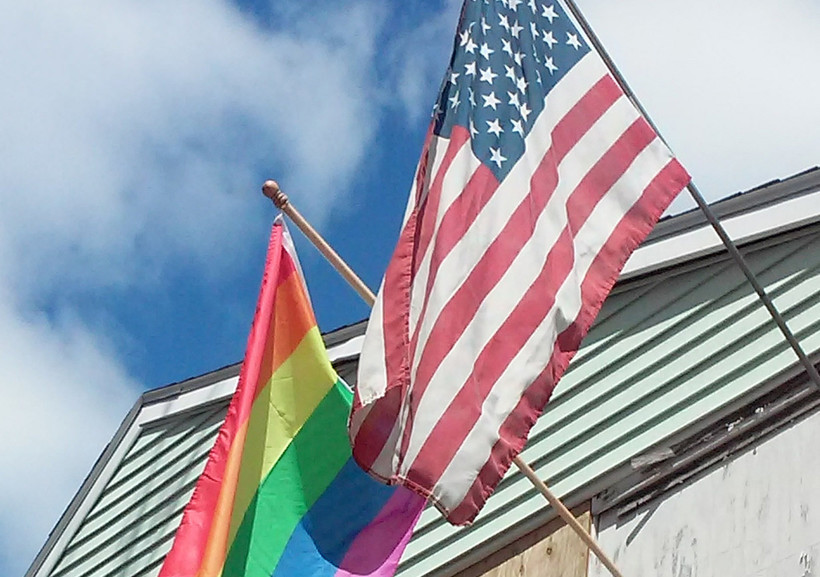 It Was The Words Of Harvey Milk That Inspired Dick Wagner To Enter Public Service
By Scottie Lee Meyers
Share:

In November 1978, Dick Wagner was driving in Madison when he heard the news that gay activist and San Francisco City Supervisor Harvey Milk was shot and killed. It inspired him to enter the world of politics and join the ranks as one of the first openly gay elected officials in the United States.

"It was very moving," Wagner said of hearing news reports that day which featured messages Milk recorded anticipating he might be assassinated. "I had started being involved with some gay efforts in town, but that had really pushed me forward to do more."

Wagner would go on to become chair of the Dane County Board of Supervisors. In those early years of taking office, he said homophobia and threats made against him were a daily reality. The mortal risk was on his mind.

"I did think of it, not with a great deal of weight, but it was not far from my mind at times. But if you let yourself be immobilized by that, you won't do what you need to do," Wagner said.

Compared to many other cities, particularly in Wisconsin, Wagner said Madison was friendlier for gay politicians. The city had already adopted a nondiscrimination ordinance on the basis of sexual orientation in 1975. In 1982, the state passed its own nondiscrimination bill.

"It was the first state in the nation to do so, and we were the only state to have one for about seven years until somebody else caught up with us," Wagner said.

More gay-friendly bills came in 1983, and Wisconsin Gov. Tony Earl created a council on lesbian and gay issues, of which Wagner was co-chair. By 1989, Wagner said the state was home to seven openly gay, elected officials, and Madison hosted a conference for gay politicians that same year.

"So many things happened to increase the dialogue about gay folks that went on from the '80s forward," Wagner said.

Wagner, though, has also done research looking further back in time to explore Madison's gay scene before the Stonewall Riots of 1969. He's discovered a rich history that puts the city on the map and dispels long-held myths about the gay community.

"Most everybody thinks gay history happens on the east or west coast, but there's a lot of it in the Midwest that's not known. And that's part of my crusade right now, to make it known," he said.

Today, Wisconsin is the only state in the union to have three openly gay elected representatives in Congress. And Wagner believes all of them are indebted to those who came before them. He also offered words to any young people today who may be contemplating a life of public service, hoping it to have the same affect Milk had on him.

"You need to live your life boldly," he said. "You need to be part of a community, and you need to share the story of what our lives are … But there's still a lot of work out there to convince people that we are citizens of this country and that we have contributions to make and we will make them."