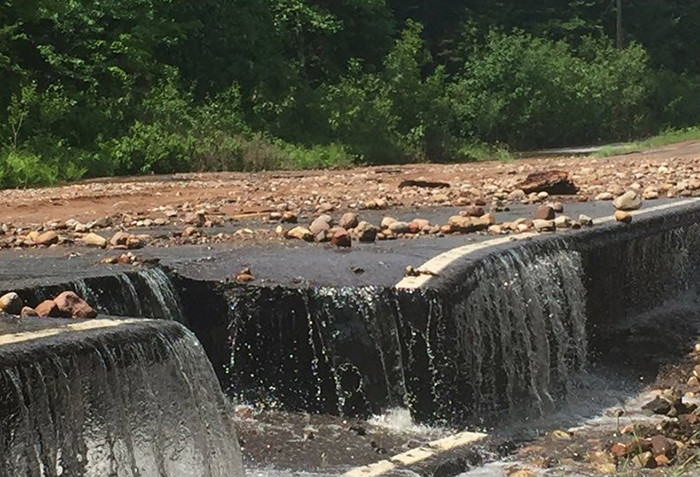 In the last decade, areas of northern Wisconsin have experienced several storms with heavy rains that are only projected to occur once in a lifetime, according to precipitation archives from the National Oceanic and Atmospheric Administration.

An official analysis of the weekend's storms in northern Wisconsin by NOAA confirms that 100 to 1,000-year rainfall events occurred in some areas of the state.

"Not everywhere in Wisconsin saw that kind of severity, but definitely parts of northwest Wisconsin, particularly in Douglas and Bayfield Counties," said Moore. Specific areas may have seen rains that are only projected to occur once in a millennium, Moore said.

"Especially over Drummond, Wisconsin, in southern Bayfield County. That may go on the record as a 1,000-year flood or a 1,000-year rainfall," he said. Rainfall totals near Brule in Douglas County and Gile in Ashland County also saw precipitation at or beyond 100-year levels.

In June 2012, Duluth and Superior experienced a 500-year flood event with eight to 10 inches falling over a two-day period in June.

Moore said NOAA will make an official determination on rainfall records in the months to come as part of an official report.