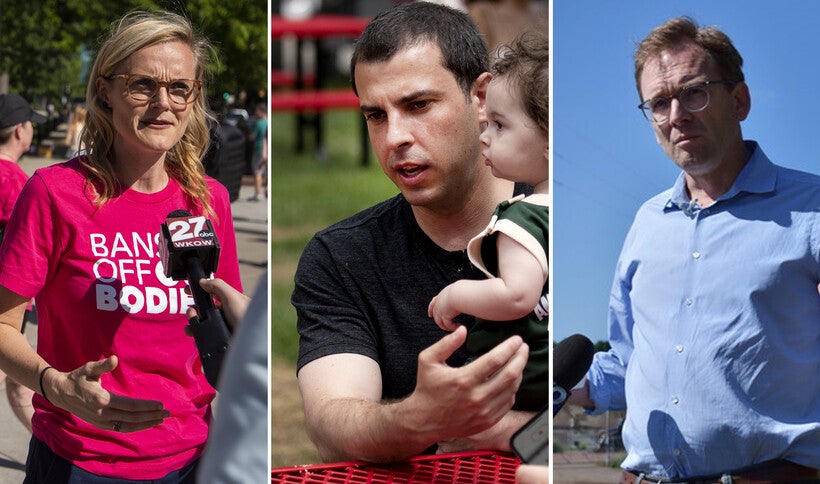 Once a competitive race, Wisconsin's Democratic U.S. Senate primary is all but decided

After campaigning for more than a year, Tom Nelson, Alex Lasry and Sarah Godlewski left the race in the space of a week
By Bridgit Bowden
Share:

Wisconsin’s Democratic primary for United States Senate started out as a wide-open contest as the party searched for the next nominee to take on Republican U.S. Sen. Ron Johnson.

That suddenly changed last week when three of the leading candidates dropped out, paving the way for Lt. Gov. Mandela Barnes to win on Aug. 9 on his way to the general election.

Outagamie County Executive Tom Nelson, Milwaukee Bucks executive Alex Lasry, and Wisconsin State Treasurer Sarah Godlewski all got into the Senate race before Barnes. The four of them campaigned against one another for more than a year. 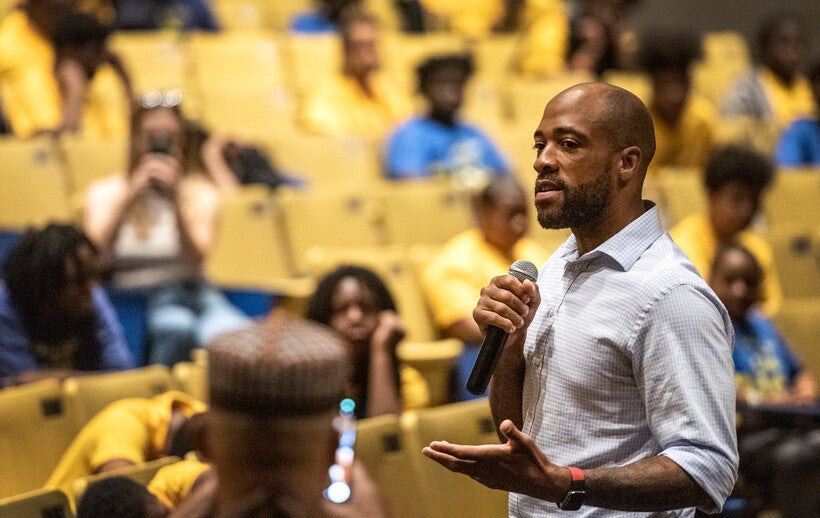 For Nelson, Lasry and Godlewski to leave the race practically simultaneously, political observers say, is anything but usual.

"This has been an astonishing development," said University of Wisconsin-Milwaukee emeritus professor Mordecai Lee.

Jessica Taylor, who follows campaigns for U.S. Senate and governor around the country for the Cook Political Report, said the mass exodus in Wisconsin may be without precedent. She also said it highlights the importance Democrats are putting on Wisconsin’s U.S. Senate race.

"I think it speaks to the fact that this is Democrats' number one incumbent in Ron Johnson that they are targeting," Taylor said.

Nelson, Lasry, Godlewski all drop out

While the Democratic field for U.S. Senate cleared quickly, each of the candidates gave their own reasons for leaving the primary.

Outagamie County Executive Tom Nelson was the first to announce his exit from the race on July 25. Nelson said he was dropping out for financial reasons.

"We ran out of money," he said. "So it was a question of do we limp across the finish line and not win? Or do we face facts?"

Nelson threw his support behind Barnes, and believes that he started a "domino effect" with the other candidates, especially Milwaukee Bucks executive Alex Lasry, who dropped out just two days later, also endorsing Barnes. 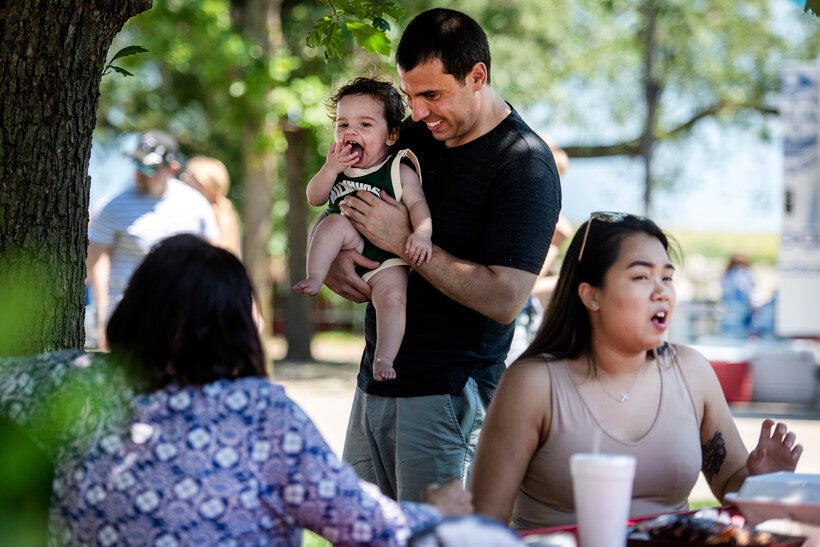 "For the duration of the campaign, they had counted on us," Nelson said of the Lasry campaign. "They depended on us to split the progressive vote."

Money wasn’t an issue for Lasry, the son of a billionaire who had poured more than $12 million of his own money into his own campaign.

But two days after Nelson’s announcement, on July 27, Lasry said internal polling showed that he was not going to catch up to Barnes’ lead.

"This wasn't something where I thought we lost. I think Mandela won," Lasry said at his announcement outside of Fiserv Forum in Milwaukee, where he appeared with Barnes.

"What prevented us from ever getting over the hump was the broad coalition of support that the lieutenant governor has," he said.

State Treasurer Sarah Godlewski was the only woman on the ballot. The day Lasry dropped out, she said she had no plans to end her own campaign. 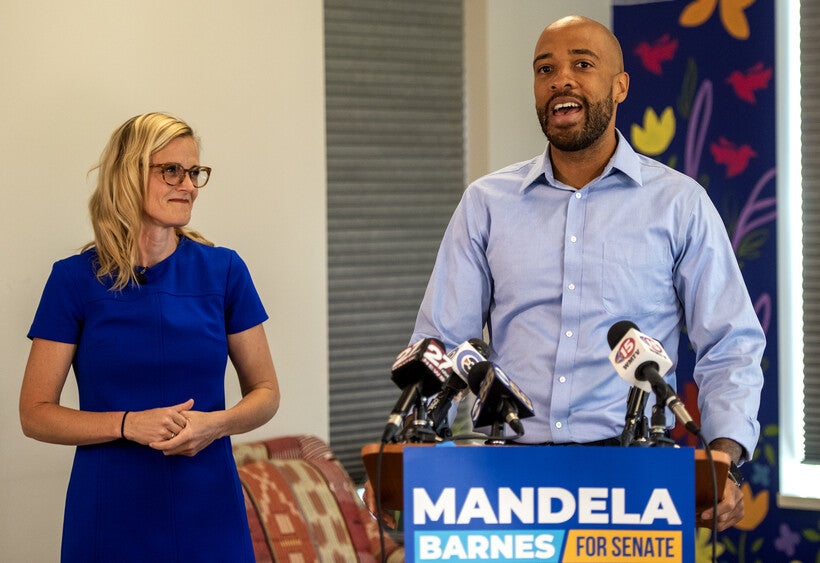 But by the end of the week, on July 29, she became the third candidate to drop out and endorse Barnes.

"It was something that I reflected on within literally the last 24 hours," she said at a day care center in Fitchburg, where she appeared with Barnes.

While Nelson, Lasry and Godlewski have all left the race, their names will still appear on the Aug. 9 primary ballot.

Other Democrats who’ve remained on the ballot for U.S. Senate include Kou Lee, Peter Peckarsky, Steven Olikara and Darrell Williams. Olikara, the founder and former CEO of the Millennial Action Project, said last week that voters get angry at campaigns who drop out before the votes are counted. He's staying in the race.

For Democrats, avoiding messy primaries is the norm this year

While the domino effect of exits was extraordinary, the decision to avoid a messy primary was in line with what Democrats are doing nationwide, said the Cook Political Report’s Taylor.

"Democrats have a better history of stepping aside in primaries sometimes than Republicans," Taylor said. "We're seeing a lot of very messy Republican fights, and really this was one of the only major Democratic contests where there was a primary."

Lee, who once served as a Democrat in the Wisconsin state Senate, has been watching Wisconsin politics since he was a student in the 1960s, and said the shakeup in the primary surprised him. Candidates in Wisconsin usually stay in the race through election day, he said, even if they’re out of money or know they’re going to lose.

But that was a different time before social media, Lee said, and now candidates may choose to withdraw from races "to avoid being tagged with the moniker of loser."

"Whatever the next big race comes along, they won't be carrying any liabilities, and they'll be able to still be a new candidate in terms of that election," he said.

It’s not hard for the three to appear united in their support for Barnes now, Lee said, because for the most part, they had kept the campaign positive. Nelson had taken some shots at the other candidates, but the race wasn’t defined by attack ads. 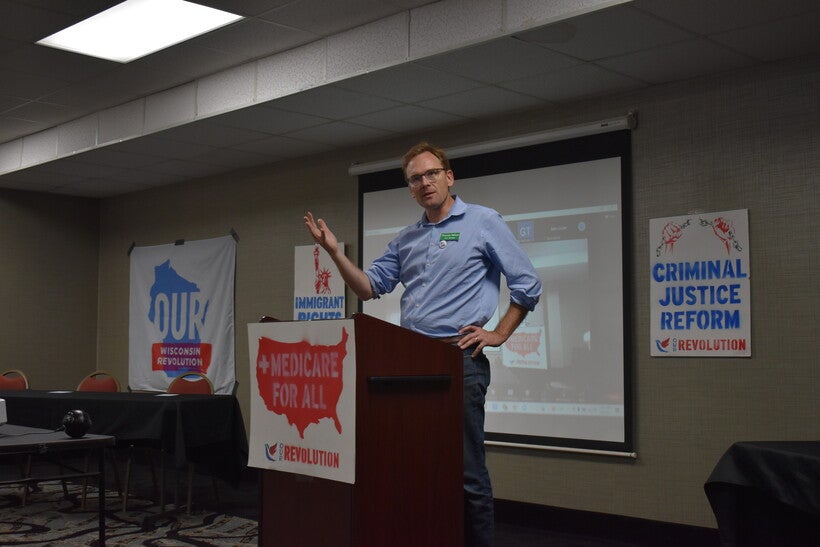 U.S. Senate candidate Tom Nelson speaks at the convention of Our Wisconsin Revolution, a liberal group whose members endorsed him for Senate, July 9, 2022. Rob Mentzer/WPR

"It was almost unnatural, in terms of just the reality of politics," said Lee. "But the fact that they decided they didn't want to go negative is an indication that maybe things are shifting, at least within the culture of the Democratic party."

And, it’s a stark contrast to the Republican primary for governor, where Lee said the TV ads have been "incredibly negative." In that race, former Lt. Gov. Rebecca Kleefisch has attacked construction executive Tim Michels for his involvement with groups that once backed an increase in the gas tax and opposed Wisconsin’s "right-to-work" law. Michels has responded with his own ad referring to Kleefisch as the "corrupt establishment."

"I'm just astonished by how vicious they are, and how powerfully advocative they are, and just dredging up just about anything they can think of," Lee said.

Now that there’s basically no competition in the Democratic Senate primary, Lee said some independent-minded voters may choose to vote in the Republican primary for governor instead.

"That's where the action is," he said. "People like to be involved in the hot races."

Others will still cast their votes for Barnes on Aug. 9, the candidate who all but won the Democratic primary when his leading opponents ended their races before they crossed the finish line.