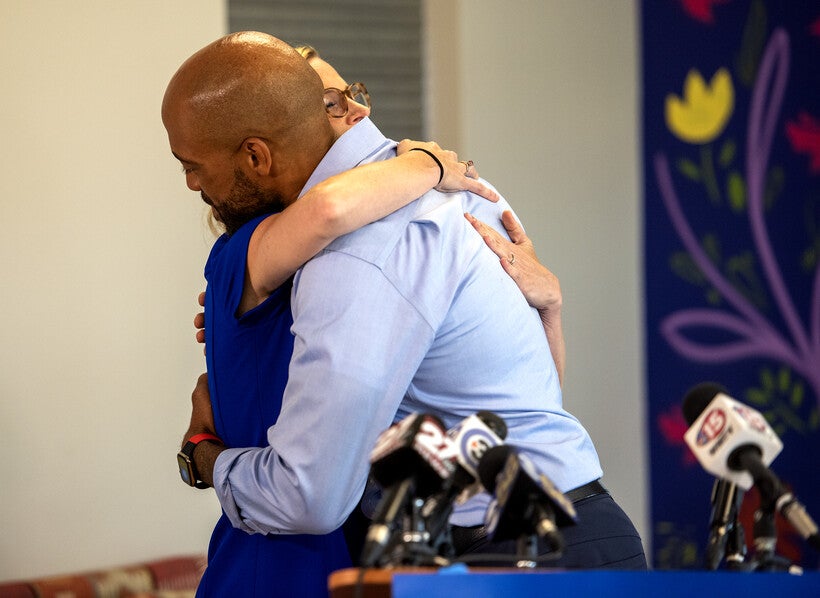 Wisconsin Treasurer is the third candidate to drop out this week
By Bridgit Bowden
Updated:
Friday, July 29, 2022, 1:30pm
Share:

Wisconsin state Treasurer Sarah Godlewski suspended her campaign for U.S. Senate Friday, making her the third candidate to drop out of the Democratic primary this week. She has endorsed Lt. Gov. Mandela Barnes for the seat currently occupied by Republican U.S. Sen. Ron Johnson.

Earlier this week, Outagamie County Executive Tom Nelson and Milwaukee Bucks Executive Alex Lasry also dropped out of the race. Their exits leave Barnes with a clear path to face Johnson in the fall general election.

Godlewski officially announced the end of her campaign at the Mariposa Learning Center day care in Fitchburg Friday, where she was joined by Barnes.

"I started my campaign a little over a year ago with the intent of defeating Ron Johnson, and I will tell you that has not changed, except for how we are going to do it," she said.

Holding her son Hartley as she spoke, Godlewski shared that she and Barnes have a similar background. 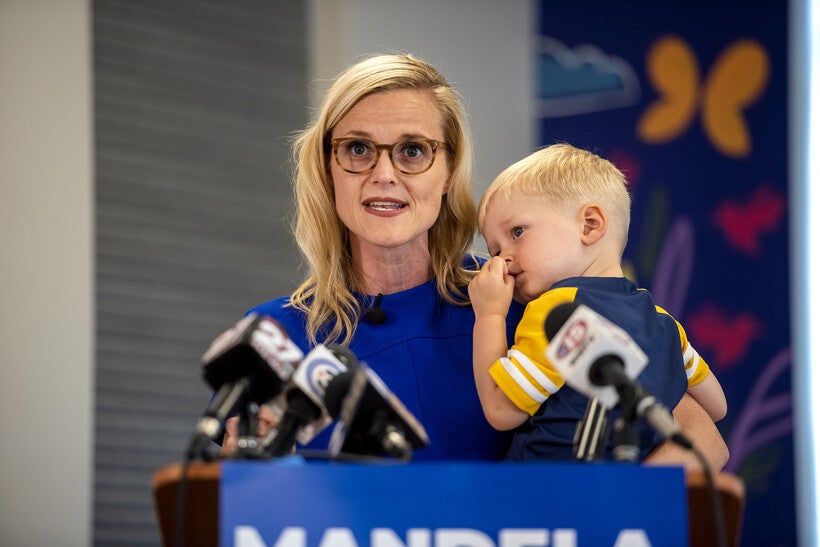 "Growing up in union families, Mandela and I have both learned never to back down from a fight," she said. "Not even a tough one."

Barnes has been endorsed by all three candidates who left the race this week. He said he is "deeply grateful" to have Godlewski’s support, and applauded her positions on abortion access and advocacy for rural communities.

"I've always admired your determination, your dedication to make the most out of any situation," he said.

In a tweet, Johnson said that Godlewski’s exit from the race, as well as the others, shows a "lack of respect for voters and the democratic process."

"The power brokers of the Democrat party have now cleared the field for their most radical left candidate," the tweet reads.

Even though he officially suspended his campaign on Wednesday, Lasry released a new ad attacking Johnson on Friday.

Barnes will face Johnson in the general election on Nov. 8. 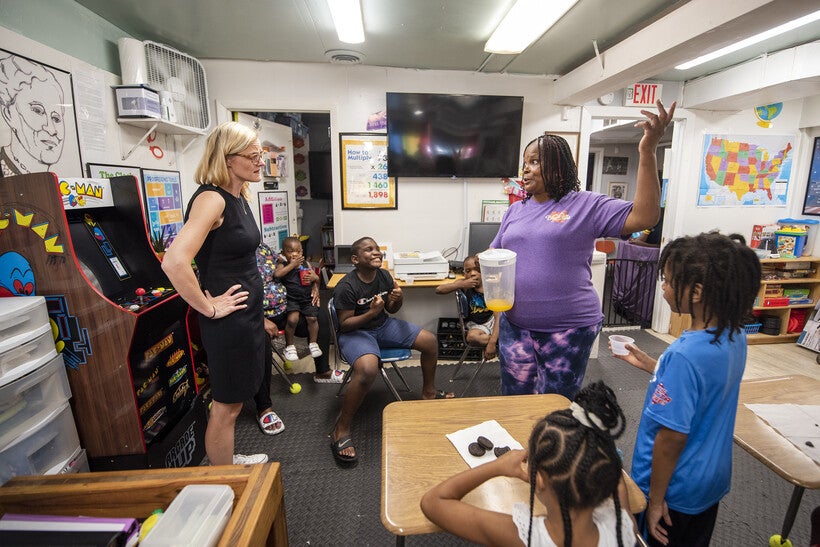