In southeastern Wisconsin, the counties of Waukesha, Ozaukee and Washington vote as such a monolith that they're typically referred to by a single acronym: WOW.

This is Politics 101 in Wisconsin: To win statewide races, Republicans need to do well in the WOW counties. And typically, they do just that.

When the Tea Party wave of 2010 swept Republicans into power and when the 2012 recall election turned a spotlight on former Republican Gov. Scott Walker, the WOW counties were there for Republicans with lopsided support.

Donald Trump won here in 2016, but by less than other Republicans. The question this year is whether that 2016 dip was an anomaly, or whether Democrats have started to chip away at Republican dominance in the region and make tangible suburban gains.

Taken as a whole, the WOW counties are one of the most powerful Republican vote centers in the country. Waukesha County is the largest of the three.

As early voters streamed into Waukesha City Hall this week, there were plenty of proud Republican voters who happy to announce their support for President Donald Trump. 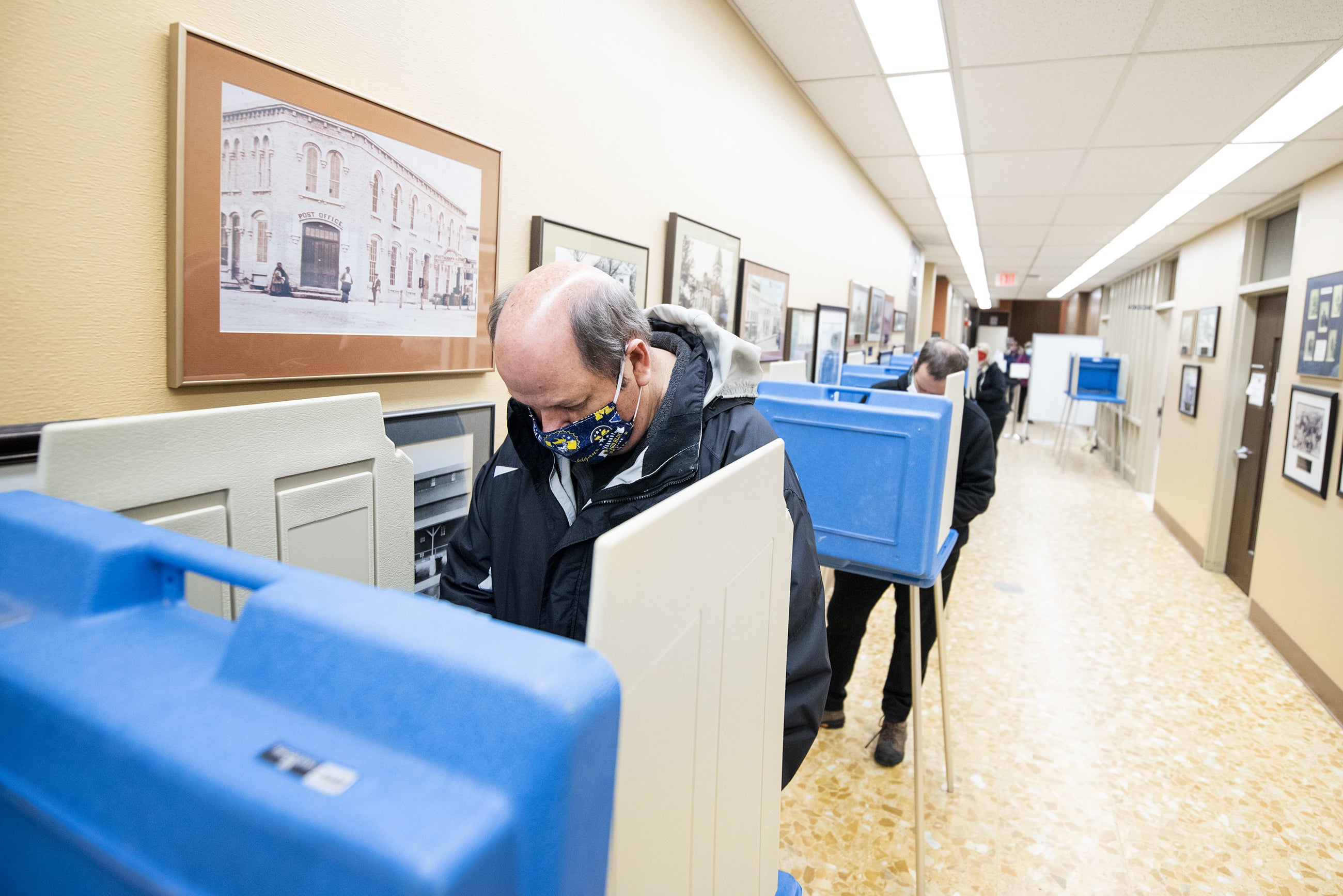 "He's really come through on the promises he made way back in 2016," said Hannah Morrow.

"Republican all the way," said Craig Schmidt. "I think Trump is going to win by 70 percent."

But the city of Waukesha is nowhere near as Republican as the rest of the county. There are pockets of support for former Vice President Joe Biden.

"I'm totally Biden," said Ian Fischer. "I think he's our best bet to get out of the mire we're in right now."

But what really stands out are the Republican voters who view the 2020 race for president a little bit differently.

Steve Marx has voted Republican for decades. This year, he thought about voting for Biden.

For Marx, "back to normal" means getting away from Trump, the person.

"All the crap that's going on and all the childish blow ups and just all the stuff that makes us look bad," Marx said. "But his policies have been fairly decent."

Marx voted for Trump after all. Other Republicans didn't.

"I'm a Republican, but I did vote for Biden," said Thomas Dougherty. "I just couldn't vote for Trump." 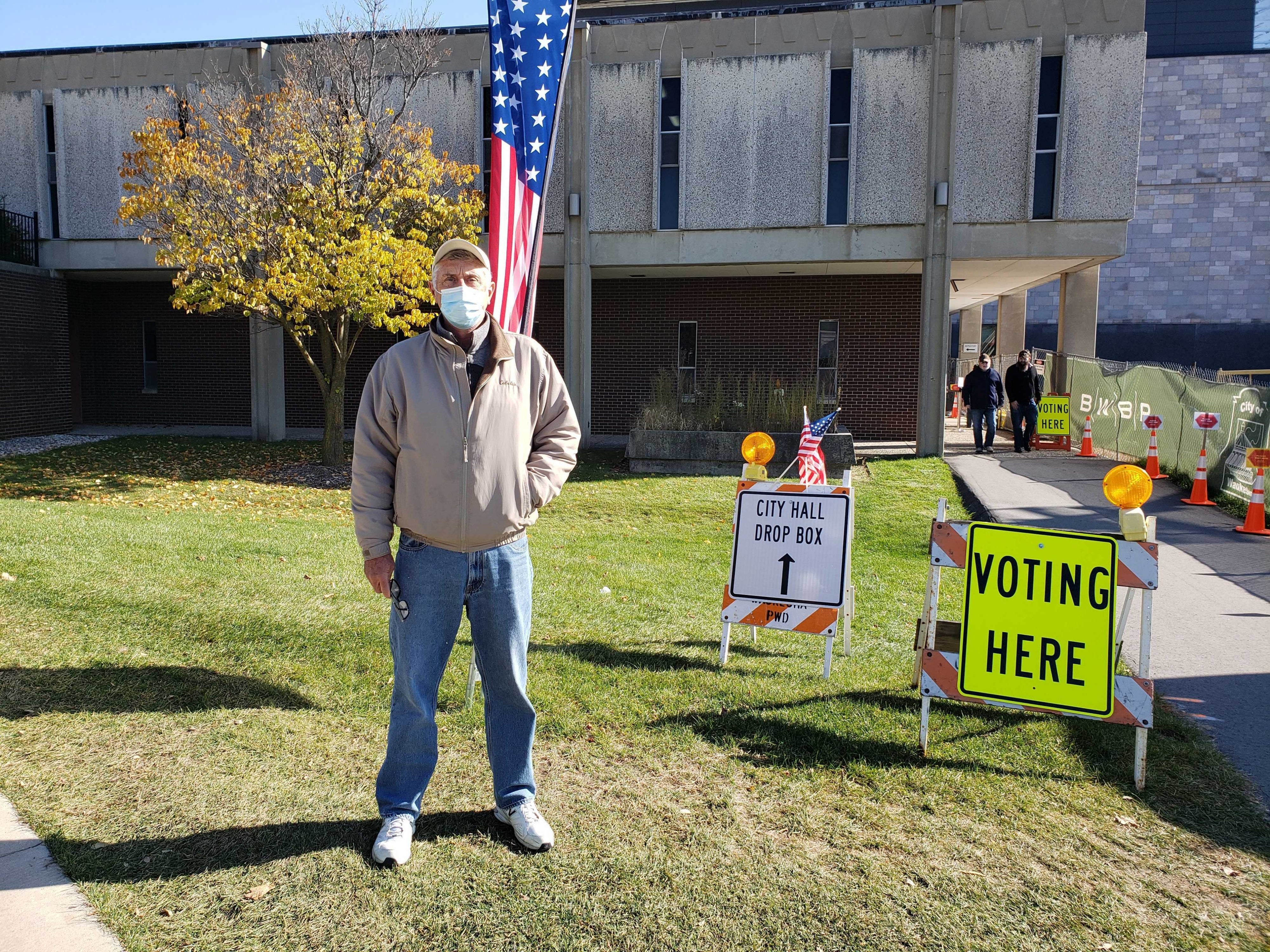 Thomas Dougherty stands outside Waukesha City Hall on Oct. 27, 2020. Dougherty said he voted for other Republicans on the ballot but opted for Democrat Joe Biden in the presidential race. Shawn Johnson/WPR

It's not that Trump has changed Dougherty's politics. In the 5th District congressional race, he voted for Republican Scott Fitzgerald, the state Senate's majority leader. He supports Republican U.S. Sen. Ron Johnson.

Dougherty said he and his wife both voted for Trump in 2016.

"And we just looked this time and we both said 'I can't vote for him anymore,'" Dougherty said. "He's not presidential quality. We're a little scared of him."

Nobody doubts that Trump will win the WOW counties this year. It's his margin of victory that matters.

Trump won the state of Wisconsin by fewer than 23,000 votes in 2016 despite taking fewer votes that Republican Mitt Romney did in 2012 in the WOW counties.

If you look strictly at Waukesha County, Trump received 20,255 fewer votes than Romney. He won the county with 60 percent of the vote, about 7 percentage points lower than Romney.

If you group the WOW counties together, Trump fell more than 28,893 votes short of Romney's 2012 total. His WOW county percentage was 61 percent, or 6 percentage points lower than Romney.

"The question is will Trump have the same numbers as he did four years ago in those counties or will he exceed them?" said Lilly Goren, a professor of political science at Carroll University in Waukesha. "If he can't make those numbers, then I don't know how it's possible for him to carry the state of Wisconsin."

Both Trump and Biden have been courting the suburban vote this year.

Trump has been the most overt about it. At a campaign stop in Waukesha last week, he touted his administration's rollback of a rule to expand affordable housing in suburban areas.

"Suburban women, you should love me for what I’m doing," Trump said. "I’m saving the suburbs. Unless you want a project near you." 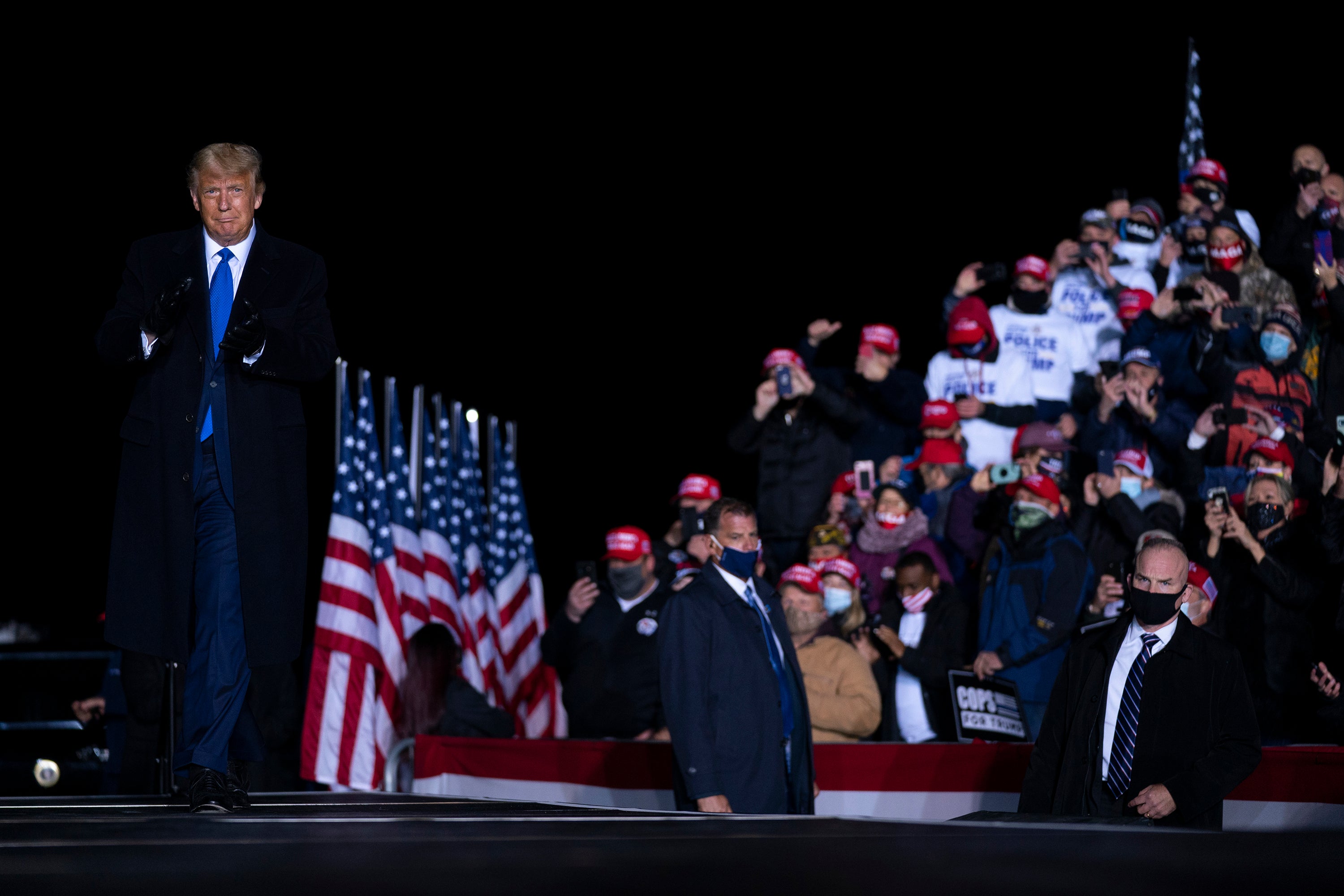 Biden has painted Trump as out of touch with today's suburbs.

"He wouldn't know a suburb unless he took a wrong turn," Biden told 60 Minutes. "Go out in the suburbs now, it's not 1950. There are Black and white families living next door to one another and driving each other's kids to soccer practice. This is a different world than he lives in."

The battle for the suburbs is not a uniquely Wisconsin phenomenon.

University of Chicago professor Christopher Berry has studied partisanship in the suburbs. He said it may be a mistake to read too much into how different suburbs vote this year precisely because of Trump.

"You have a lot of people who might otherwise be sympathetic to the Republican Party who are turned off by the president's personality and maybe a few that go in the other direction who otherwise wouldn't be Republicans but are attracted by his personality," Berry said. "So, if your real question is what's the long run trajectory of the suburbs in terms of partisanship, these elections involving Trump may be misleading."

Berry said it could be more telling to watch races down the ballot. In Wisconsin, Democrats are trying to flip a handful of suburban Assembly seats while the top GOP target is also in the suburbs.

For Trump and Biden, the race for Wisconsin's suburbs could hinge on Republicans like Steve Marx, who are willing to vote for the president despite their reservations over his behavior.

"I have no problem with (the president's) policies," Marx said, "just the way he acts."

Or it could hinge on Republicans like Thomas Dougherty who voted for Trump four years ago but won't do it again.

"I guess the best way to look at it is if you are voting for the president of the United States, he's got to have the attitude of being a president," Dougherty said. "He doesn't." 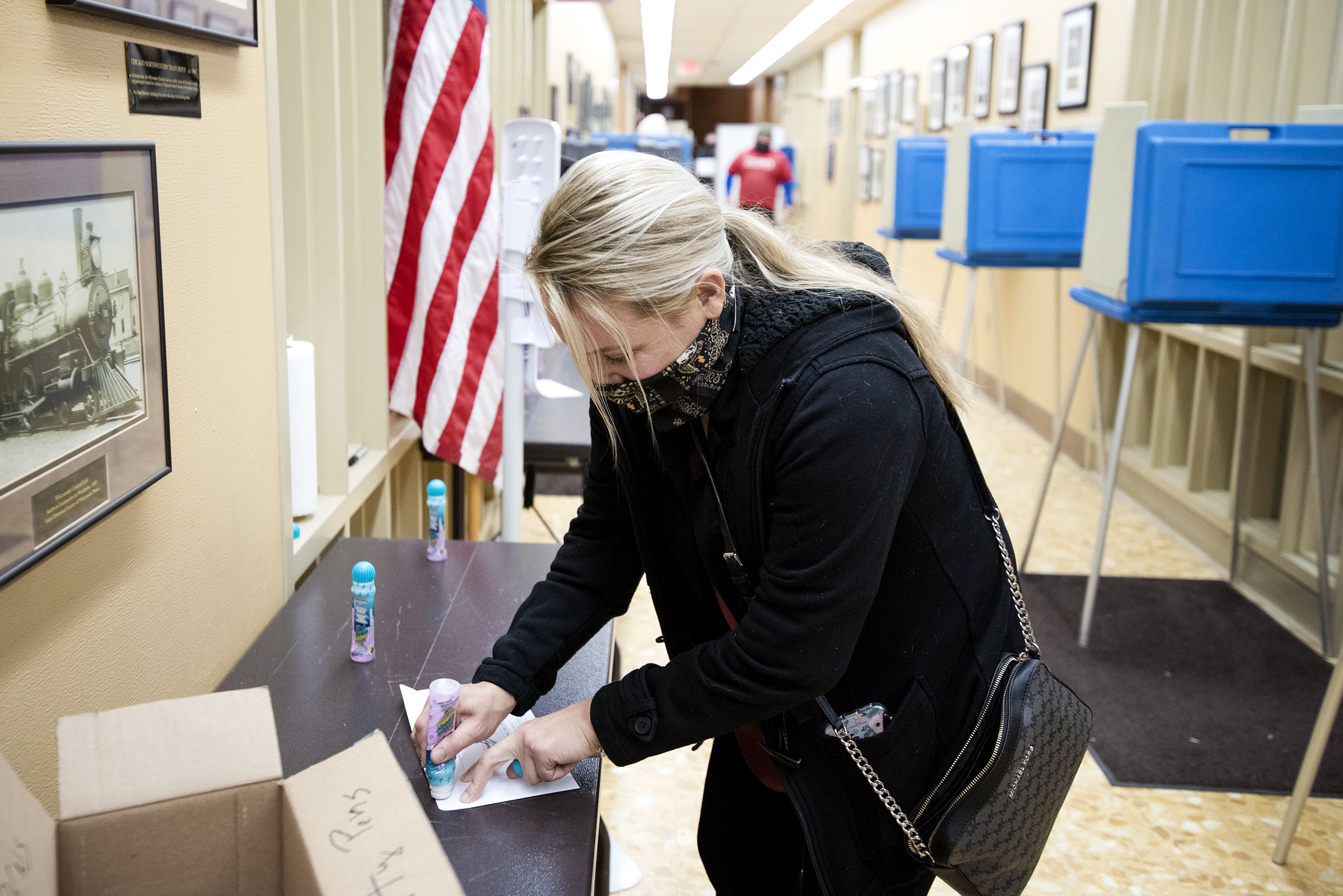 There are signs that, despite their reservations, other WOW county Republicans have warmed to the president.

Marquette University has asked registered Wisconsin voters their opinions on the president for the past four years. When WOW county voters are isolated and averaged year-to-year, Trump's approval rating climbed from 44 percent in 2017 to 58 percent in 2020. Among Republican WOW county voters, those numbers jumped from 75 percent to 91 percent.

The test will be whether those WOW county residents actually turn out for the president, and that support translates to votes.