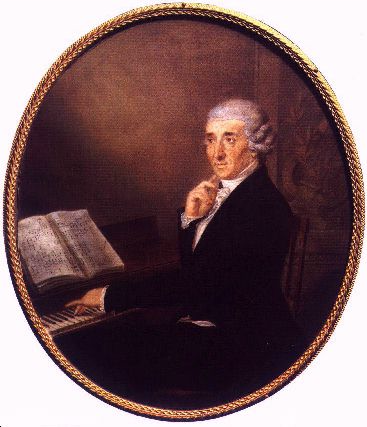 Joseph Haydn had suffered long enough while employed by Prince Nikolaus II of Esterháza  a musical poseur said to have the disposition of “an Asian despot.” He put up with lack of respect and low pay, but in 1796, when the Prince’s administrator sent Haydn a letter expecting him to pay the debts of his niece’s wasteful husband, Haydn went on the offensive:

By the letter sent to me and the enclosure of the worthy Economic Administrator of his Serene Highness Prince Esterházy, I discern that because Luegmayer is unable to pay his debt, I am  condemned to pay it for him. Whatever for? Because it’s assumed that I am able to? Would to God that it were true! But I swear by the Kyrie eléison that I’m supposed to be writing for my fourth Prince, that since the death of my second Prince–may God rest his soul–I have fallen into the same state of insolvency that Luegmayer has, with just this difference–that he has fallen from his horse to the back of an ass, whereas I have managed to stay on the horse, but without benefit of saddle or bridle.

Therefore, I beg the worthy Economic Administrator of his Highness to be patient at least until I have finished the Dona nobis pacem, and until the Prince’s housemaster Luegmayer shall begin to receive the just salary due him from his most gracious Prince, instead of drawing it, as he has  so far, from the small salary of Kapellmeister Haydn (who has been 36 years in the Princely service).

For nothing is more dissonant than one servant paying another servant, in this case the Kapellmeister having to pay the housemaster. If I should, perhaps today or tomorrow, be placed in a better position, either by my own efforts or by the initiative of my gracious Prince, (because I will neither flatter nor beg), of course, I will not fail to comply with the aforementioned demand.