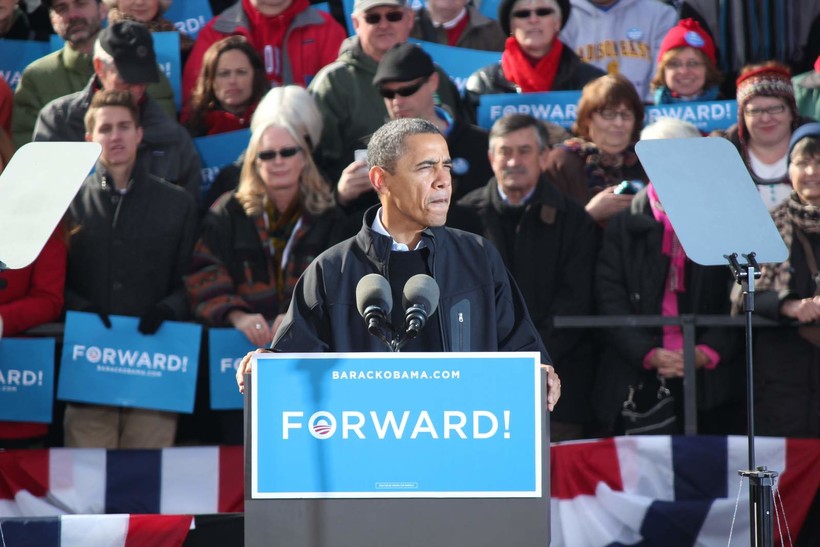 President Obama campaigning in 2012 in Madison.