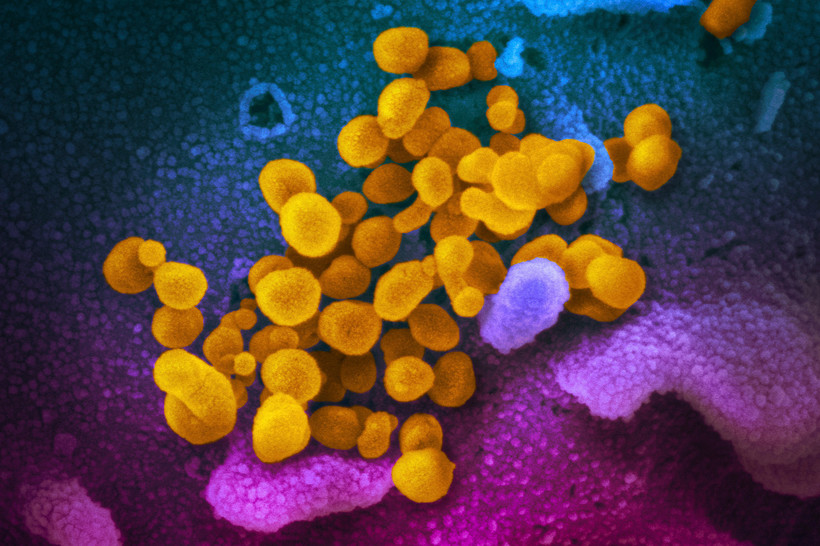 This undated electron microscope image made available by the U.S. National Institutes of Health in February 2020 shows the Novel Coronavirus SARS-CoV-2, yellow, emerging from the surface of cells, blue/pink, cultured in the lab. Also known as 2019-nCoV, the virus causes COVID-19. The sample was isolated from a patient in the U.S. NIAID-RML via AP

Number Of COVID-19 Cases Increases To 33 In Wisconsin

The total number of cases of COVID-19 in Wisconsin rose to 33 as of Sunday afternoon, according to state and county health officials.

That includes five cases that were confirmed by the Fond du Lac Health Department Sunday morning.

County health officer Kim Miller said the total number of confirmed cases in Fond du Lac County is now 11, more than any other county in Wisconsin. The five new cases came from 30 tests the county received results on Saturday night.

RELATED: Live: What To Know March 15 About COVID-19 In Wisconsin

Four of the positive cases were linked to a Nile River cruise that's already been connected to other confirmed COVID-19 diagnoses. The fifth case was linked to travel within Wisconsin, Miller said.

The other tests were conducted on individuals believed to have been exposed to a confirmed case of the virus, Miller said.

The Wisconsin Department of Health Services (DHS) also confirmed an additional case on Sunday afternoon in Milwaukee County, bringing the total number there to seven.

The total number of cases as of Sunday afternoon are:

Get the latest information on #COVID19 in Wisconsin, along with guidance on gatherings and travel, and the best way to keep you and your family safe: https://t.co/RMFK9qzQO2 pic.twitter.com/H7HTg0mIRA

Now that more labs are able to test for COVID-19, Wisconsin clinicians can order tests without public health approval, according to the DHS website.

To stay healthy, the department suggests people wash their hands often, cover their coughs and sneezes and stay home when sick.

Amid the spread of the disease, Gov. Tony Evers Friday ordered all public schools in the state to close in hopes of slowing the spread of the illness. The governor's move will affect nearly a million students and their families. Earlier in the week, the governor declared a public health emergency.