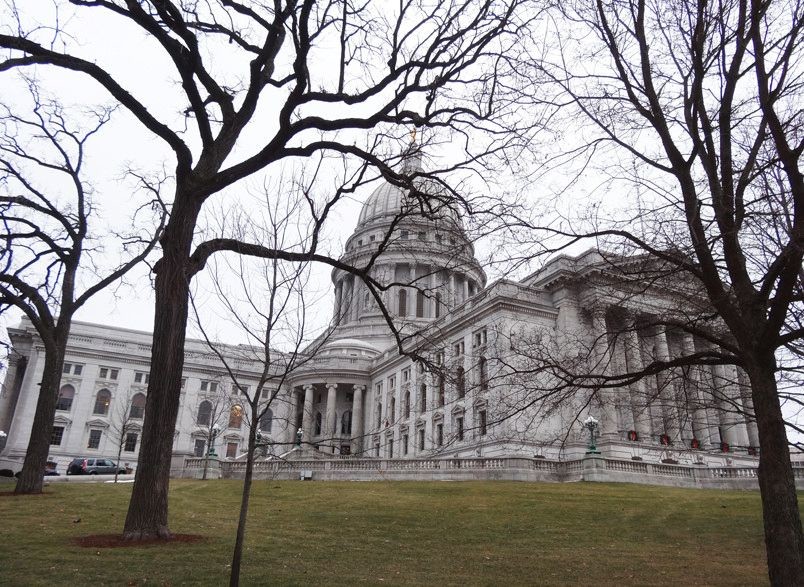 Members plan to rescheduled the one-day event soon, and will lobby lawmakers and the Evers administration for increased state support.

They plan to focus on economic issues the Legislature may consider this session. With an unemployment rate hovering around 2 percent in the Eau Claire area, officials want the state to continue trying to attract out-of-state residents to come to work in Wisconsin.

"With Minneapolis-St. Paul an hour away from us, it’s really a market for us to attract people to come back to the Eau Claire area," said Dave Minor, president and CEO of the Eau Claire Chamber of Commerce, in an interview on Wisconsin Public Radio’s "The West Side."

"For the state legislators it’s really critical to understand for the first time the state is starting to do the marketing," he said. "We need to continue the story of importing workers because we just don’t have enough here."

Farther north, those attending the 34th annual Superior Days — put on by the University of Wisconsin-Extension in mid-February — plan to lobby the state to increase reimbursement through the state’s Medicaid program.

Last year, Douglas County spent $1.8 million more than it budgeted for human services in large part because of a drug epidemic.

"The state has not supplied us with the resources we need to deal with this epidemic," said Douglas County board chairman Mark Liebaert on WPR's "Hear Me Out." "We’re up against the wall because with a frozen levy budget, we don’t have any way to respond to the dollars that we need."

Particulars aside, infrastructure — from roads to broadband — is a concern shared by both regions in northwestern Wisconsin.

Douglas County would like the ability to raise the sales tax by .05 percent to raise an estimated $4 million per year that would be split between the county, municipalities and towns to accelerate road repairs.

"Everybody seems to recognize on both sides of the aisle that there is a problem at every level of government. All of us need new sources of revenue to fix our roads," said Superior Mayor Jim Paine, a guest on WPR's "Hear Me Out." "I think there is some appetite to make the tough decisions to do that."

Both lobbying groups also plan to highlight the need to support the University of Wisconsin System schools in their region.

Members of the Chippewa Valley Rally will look to shore up support for new buildings on the UW-Eau Claire and UW-Stout campuses.

The Superior Days group will ask lawmakers to support a $2.7 million increase to UW-Superior which has been decimated by funding and program cuts in recent years.