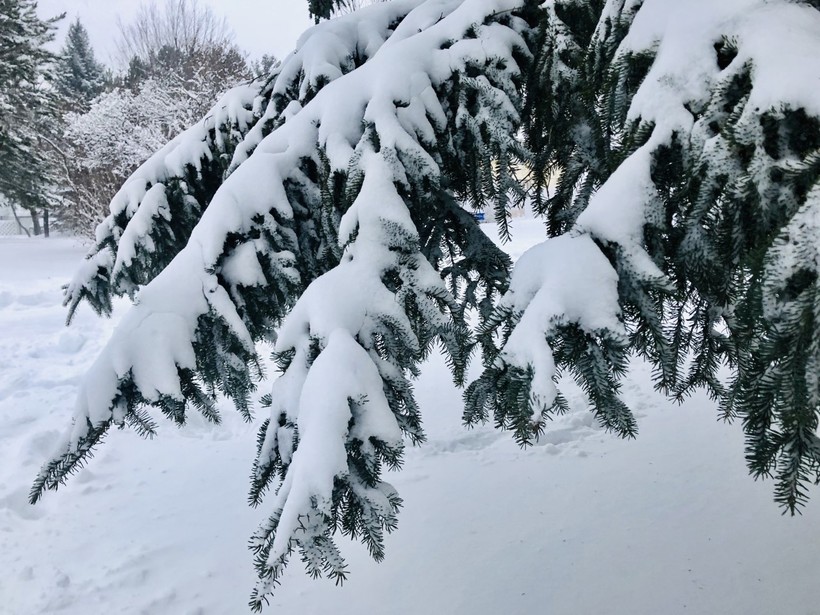 People in the Twin Ports are waking up to 5 inches of snow on Wednesday, Nov. 27, 2019. Another 4 to 8 inches is expected today. Danielle Kaeding/WPR

Northern Wisconsin Socked With Up To 13 Inches Of Snow

Snow Was Tapering Off In Most Places By Mid-Afternoon Wednesday
By Danielle Kaeding and Rob Mentzer
Updated:
Wednesday, November 27, 2019, 8:20am
Share:

More than a foot of snow fell Wednesday on parts of northern Wisconsin, but by afternoon it had tapered off in most places.

Eagle River got 13 inches, the most reported anywhere in the state as of 1:30 p.m., said Kira Jesse, a meteorologist with the National Weather Service in Green Bay.

Most of northern Wisconsin saw between 8 and 10 inches, Jesse said. In north central Wisconsin, the total was less, with between 3 and 5 inches in Marathon County. Totals dropped off sharply just south of Stevens Point, Jesse said, where the Plover area got about 1 inch. South of there and throughout northeastern Wisconsin mostly saw rain or snowfall of less than an inch.

And snow was diminishing across the state Wednesday afternoon. The National Weather Service in Duluth warned that it continued along the south shore of Lake Superior, where the Ashland and Bayfield areas were especially hard hit.

Relatively warm temperatures have made the snow unusually wet.

"The really wet, heavy snow (is) clinging to everything, causing a lot of tree limbs and tree branches to break off and downed power lines," Jesse said.

Because the snow is so heavy, it's not likely to cause much drifting in high winds. But winds are expected to create a travel hazard in themselves, Jesse said, as wind speeds pick up to 40 to 45 mph Wednesday night. 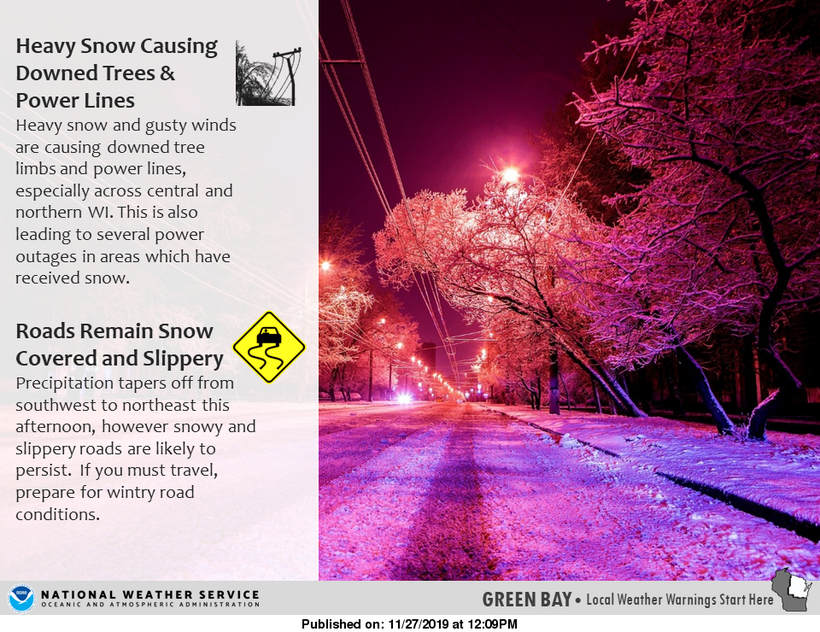 Courtesy of the National Weather Service of Green Bay

Many schools have closed and the University of Wisconsin-Superior has canceled classes for the day. The Duluth Transit Authority is moving to its emergency mainline service in Duluth and Superior and busses are experiencing delays due to the weather.

On Lake Superior, gusts of up to 56 mph were recorded near Isle Royale and 54 mph in the Apostle Islands area with 18-foot waves expected, according to lead forecaster Jonathan Wolfe with the National Weather Service Office in Duluth.

"Because of that, those strong winds may cause some lakeshore flooding," said Wolfe.

He said flooding is possible on U.S. Highway 2 running along the lakeshore near Ashland.

There have been no snowfall reports in the Madison and Milwaukee area where temperatures were in the mid-40s, said Wolfe. 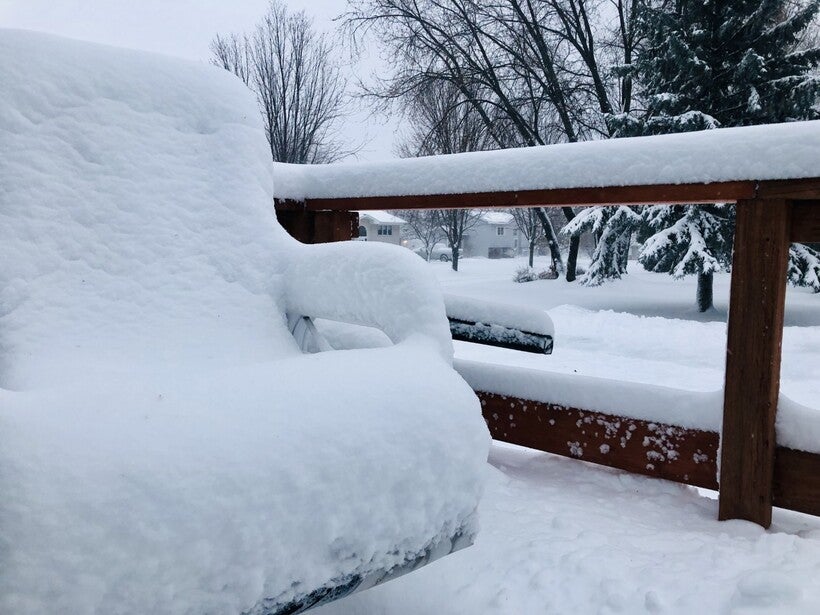 Snow blankets the Twin Ports. Parts of northern Wisconsin could see up to 10 inches on Wednesday, November 27, 2019.
Danielle Kaeding/WPR

Jesse said outside of far northern Wisconsin, most of the state that had snow will see "maybe just a couple tenths" of an inch more this afternoon. But in most places, this particular snowfall was over.

That doesn't mean there's an all-clear for travel this weekend. Another winter storm is expected to hit the northern third of the state Friday night into Saturday with similar snowfall amounts.

"This isn’t the end of the tunnel yet," Wolfe said. "This is just round one of two."

Wolfe urged people traveling for the holiday to be aware of conditions and pack a winter travel kit.