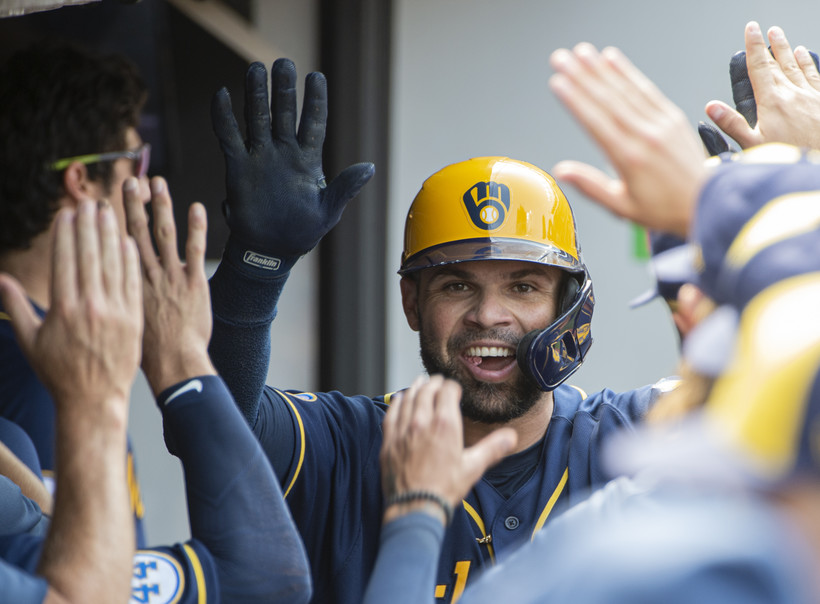 Milwaukee Brewers' Manny Pina is greeted by his teammates after hitting a two-run home run off Cleveland starting pitcher Aaron Civale during the third inning of a baseball game in Cleveland, Sunday, Sept. 12, 2021. Phil Long/AP Photo

NL Central Within Reach For Milwaukee Brewers: 'We Just Have Fun Every Day'

It was a weekend of highs and lows for Wisconsin sports fans.

The Green Bay Packers got off to a rough start in their opening game against the New Orleans Saints. Meanwhile, the Milwaukee Brewers have won five consecutive games, and they recorded a no-hitter this weekend, as they moved closer to locking up the division.

"It doesn’t matter who’s in the lineup, what the lineup looks like," said second baseman Kolten Wong. "Guys are performing day in and day out. It’s fun to be a part of."

Milwaukee’s magic number to clinch a playoff spot is down to just five. The Brewers could be days away from setting a franchise record by reaching their fourth consecutive postseason. Milwaukee holds a 14-game advantage over the Cincinnati Reds, who are second in the NL Central. It’s the largest lead in Brewers history, according to ESPN.

"We just have fun every day," he said.

One of the highlights of this historic season came Saturday when starter Corbin Burnes pitched eight hitless innings against Cleveland. Closer Josh Hader finished them off in the ninth, to mark Milwaukee’s second-ever no-hitter.

"It’s an exciting time in the organization, for sure," said Burnes, who cemented his spot as a serious NL Cy Young contender. "I know we’re all fired up, and we’re excited to play every day, and we don’t feel like there’s any game that we can’t win." 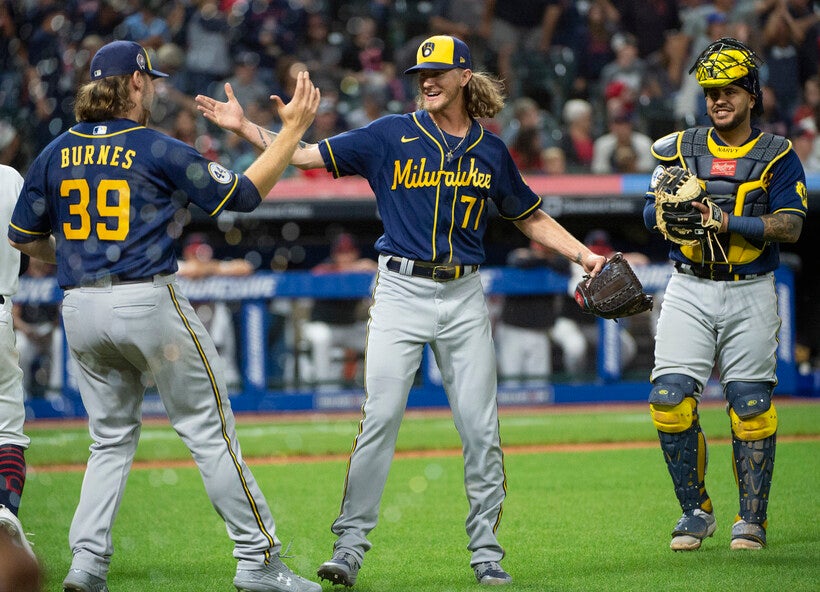 "Everybody knows that we’ve got a good lead in the Central, but for us, it’s not enough," said right fielder Avisail Garcia, who hit two homers Sunday. "The job is not complete yet. We’ve got to keep going. We’ve got to compete every game. Every game counts."

The Brewers are feeling confident, he said.

"Everybody is focused every single game, every at-bat, every pitch," he said.

Heading into the season, expectations were high for the St. Louis Cardinals, but they’ve hovered around .500. Meanwhile, the Brewers have led the division since June, when the Chicago Cubs began their downward slide.

The San Francisco Giants, the Los Angeles Dodgers and the Tampa Bay Rays are the only teams with better records than Milwaukee. The Brewers will play a pair of games against the Detroit Tigers beginning Tuesday. Their regular season ends Oct. 3.