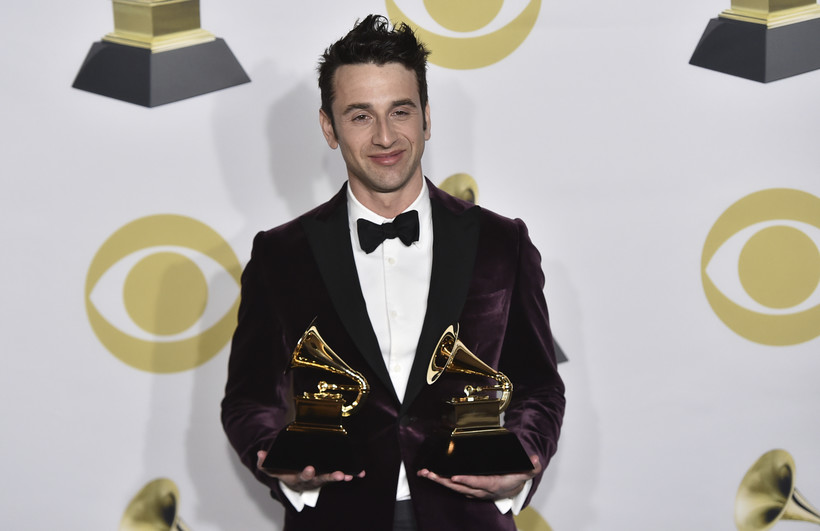 Justin Hurwitz poses in the press room with the best compilation soundtrack for visual media award for "La La Land" at the 60th annual Grammy Awards at Madison Square Garden on Sunday, Jan. 28, 2018, in New York.

According to the Milwaukee Journal Sentinel, a number of other artists with Wisconsin connections were nominated.

Blanton Alspaugh's work with the Florentine Opera and Milwaukee Symphony Orchestra earned him a nomination for classical producer of the year. He was also nominated in the best surround sound album category.

Kenosha native and actor Mark Ruffalo was nominated for best spoken word album. He appeared on U.S. Sen. Bernie Sanders' audio book "Our Revolution: A Future to Believe In."

And the group Sylvan Esso, whose members met at the Cactus Club in Milwaukee, was nominated for best dance/electronic album.