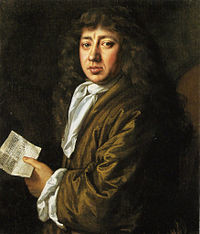 London diarist Samuel Pepys was twenty-eight before he tried dancing for the first time, and he wrote that it was something “I did wonder to see myself to do.”

Not long afterward, on New Year’s Eve 1662, he attended a royal ball, after which he wrote of his enthusiasm about the lively dances of the day and the elegant skill of King Charles II and his fellow revelers:

First to the Duke’s chamber, where I saw him and the Duchess at supper, and thence into the room where the Ball was to be, crammed with fine ladies, the greatest of the Court. By and by comes the King and Queen, the Duke and Duchess, and all the great ones; and after seating themselves, the King takes out the Duchess of York, and the Duke and Duchess of Buckingham, the Duke of Monmouth, my Lady Castlemayne, and so other lords other ladies; and they danced the Bransle. After that, the King led a lady in a single Coranto, and then the rest of the lords, one after another, other ladies.

Very noble it was, and great pleasure to see. Then to Country dances; the King leading the first which he called for; which was–says he–Cuckolds all a-row, the old dance of England.

Of the ladies that danced, the Duke of Monmouth’s mistress and my Lady Castlemayne and a daughter of Sir Harry De Vickes were the best. The manner was, when the King dances, all the ladies in the room, and the Queen herself, stands up; and indeed he dances rarely and much better than the Duke of York.

Having stayed here as long as I thought fit, to my infinite content, it being the greatest pleasure I could wish now to see at Court, I went out, leaving them dancing....

Thus ended this year with great mirth to me and my wife.